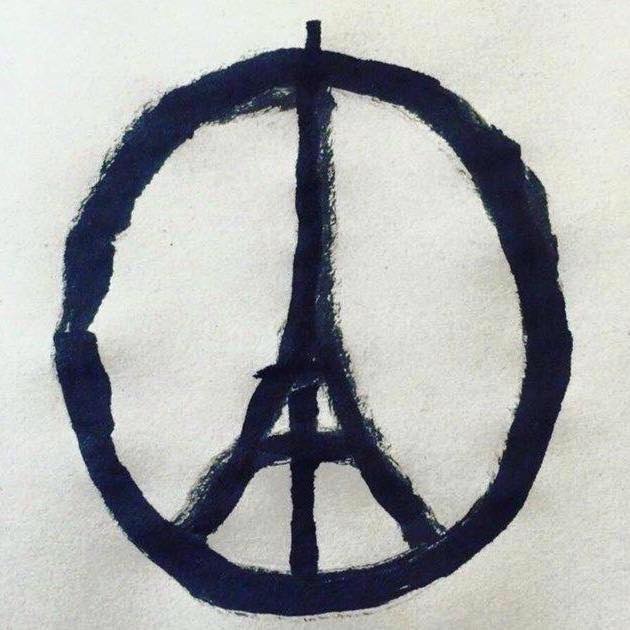 There are too many of us who know what it means to have terrorism touch our lives, our loved ones, our sense of connection with the people around us. Today, France and Lebanon are in the midst of that fog of tragedy.

This was more than a monstrous act of hatred. These attacks were designed to shake the very foundations of all our societies. They are an assault on our shared humanity, and our tolerance, liberty and respect — the values that underpin the world our movement was built to create.

It is at this time of darkness that our community’s weave of love can be most powerful. Let’s join hands today to embrace our brothers and sisters in France, Lebanon and across the world that are mourning, and show that our movement stands tall against this hate and commits to continue raising our voice for everything we love.

Let’s be a community that projects a beacon of light and proves that fear and division won’t win out. Let’s say ‘Nous Sommes Unis’, ‘We are One’, and share a message of solidarity. Avaaz staff in Paris and Beirut will transcribe them and deliver them to public locations across both cities.

What exactly happened last night is still emerging, one heartbreaking detail at a time. But we know enough now to be sure that this was a calculated attempt to drive wedges of hatred through French society and the rest of the world. And we know how we must respond.

Let’s stand with victims of terrorism everywhere, especially those in France and Lebanon, by sharing messages of support and love as the world comes to terms with what’s happened. This is about more than sympathy for nations in shock. It’s about defying the murderous logic behind this, and showing that even now, on this worst of days, our hope for the world will overcome the fear, sadness and pain we’re all feeling right now.

When France was hit by terrorist attacks earlier this year, more than 800,000 of us showed our support and were represented in the giant solidarity march in the streets of the French capital just days later. Now our movement must be a light in darkness once again.

With sadness and in hope,

Emma, Bert, Alice, Diego, Mike and the rest of the Avaaz team

PS: Our community has spent the past few months preparing for a climate conference in Paris and a major day of action on the 29th of November. For now, let’s focus on the attacks and their aftermath, and as news unfolds we will together decide our next steps.