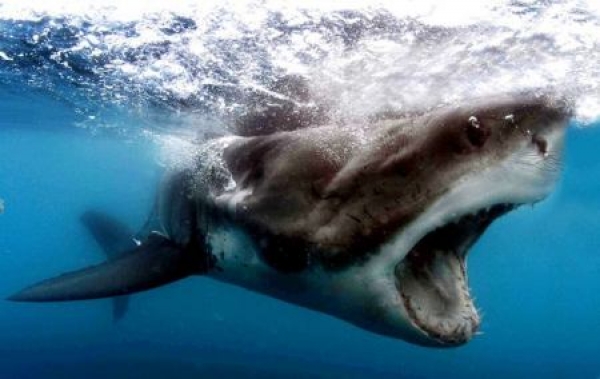 A shark research permit for a mega-chumming has been cancelled with immediate effect after a 20 year old bodyboarder, David Lilienfeld, was ripped to pieces by a shark, believed to be a Great White, yesterday at Kogel Baai, near Gordon’s Bay.

ZigZag Surfing Magazine interviewed eye witness Mat Marais after the attack. “I think it took about 8 minutes to get the young bodyboarder to shore, but you could already tell by that time that he’d lost a lot of blood, as the sea wasn’t stained as red as it had been shortly after his leg was bitten off. I wasn’t there on the beach where they got him to shore, but my father tells me he was already dead by the time he reached the shore.”

Alan Boyd from Dept. Environmental Affairs refused to listen to experts who warned of the dangers of allowing 5 000 kg of chum to be dumped in the ocean.

“I don’t want to exaggerate or anything, so I will conservatively say that the shark was about 3 meters in length, but it could have been more – it was massive. The shark also hung around in the bay for a long time after the attack, just patrolling the bay in very shallow water, sometimes not even 50 meters from the shore”, said Marais. 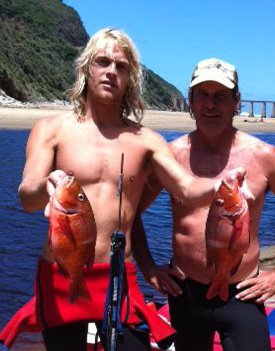 Alan Boyd from Department of Environmental Affairs immediately cancelled the permit given to Osearch to chum, catch and tag Great White Sharks in False Bay.

However, this cancellation has come too late for the victim of today’s attack. Experts have been warning Boyd for weeks of the increased danger in allowing the dumping of 5 000 kg of chum in False Bay. Boyd chose to ignore all the calls to cancel the permit and was so arrogant that he did not even bother to respond to emails.

It is now clear that something tangible has to be done and informed decisions made about chumming in False Bay and elsewhere in South Africa. 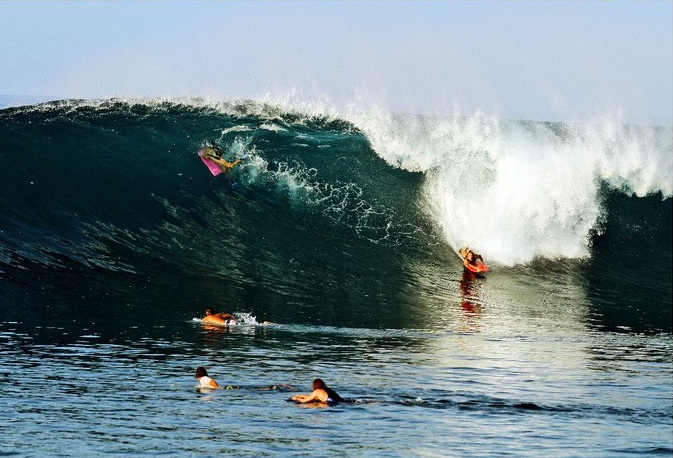 The beach, which is a highly frequented surfing spot where a shark attack has never taken place before now, has been closed as there are believed to still be great whites in the nearby water.

We would like to offer our sincere condolences to the family and friends of the surfer who lost his life today in an attack that could probably have been avoided.

Correspondence about the attack yesterday may be directed to the Director of Biodiversity and Coastal Research – Dr. Alan Boyd at email: ajboyd@environment.gov.za, to Gregg Oelofse at Gregg.Oelofse@capetown.gov.za

Chumming (American English from Powhatan) is the practice of luring animals, usually fish or sharks, by throwing “chum” into the water. Chum often consists of fish parts and blood, which attract fish, particularly sharks due to their keen sense of smell.

Chumming is illegal in some parts of the world, such as Alabama, because of the danger it can pose by conditioning sharks to associating feeding with the presence of humans.