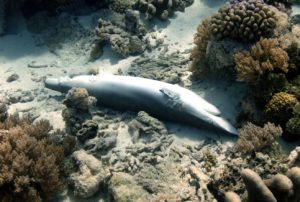 “From a conservation perspective we are very concerned about our sharks,” said Dr Jean Harris of WILDTRUST. “Illegal fishing, bycatch and shark finning are depleting global shark populations at a dramatic rate, resulting in a large percentage of shark species being identified as threatened and endangered.”

Shark finning is mainly driven by a demand for a delicacy in the East known as shark fin soup. The soup is a symbol of prosperity and is traditionally served on special occasions such as weddings.

57 signatory parties from academia, retail (including Woolworths), fisheries, the NPO sector (including WILDTRUST) and even the South African Department of Agriculture, Forestry and Fisheries (DAFF) have signed an anti-shark finning letter in a bid to stop finning from being “tolerated” and continuing within Marine Stewardship Council (MSC) certified fisheries. 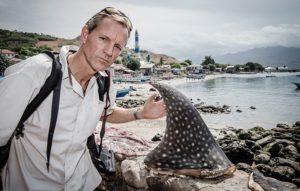 The letter, driven by international organisation Sharkproject and endorsed by WILDTRUST (with its two programmes – WILDOCEANS and WILDLANDS) and other parties from across the globe, expressed concern with the Conformity Assessment Bodies (CABs) for having failed in implementing the MSC standard linked to shark finning. In the letter, addressed to the Marine Stewardship Council – Rupert Howes, their Board of Trustees as well as the Stakeholder Advisory Council, the signatories have asked that certification be revised to require that a “fins naturally attached” policy be put in place and complied with for a fishery to receive a measure of sustainability score of SG60.

“An additional problem is that illegal shark fisheries often simply cut the fin and throw the body back into the water, making it very difficult to determine whether it was an endangered shark or one that is sustainably harvested,” commented Harris. 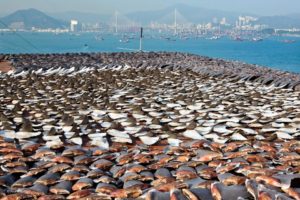 A sea of fins covers the roof of a building in Hong Kong, representing the slaughter of an estimated 30,000 sharks. Following a public outcry over the growing volume of fins being dried on city pavements, traders started to dry shark fins on roofs. Photo by Paul Hilton.

The MSC’s policy on shark finning states in short that the Conformity Assessment Bodies (CABs) should not certify or maintain the certification of a fishery when there is objective, verifiable evidence that indicates shark finning is taking place.

“The CABs have repeatedly made determinations on the likelihood of the existence of finning, despite noting a lack of data. If finning, bycatch, and compliance data are unavailable or insufficient, CABs should be prohibited from certifying the fishery,” the letter stated.

The MSC environmental standard for sustainable fishing was developed over two years through a consultative process involving more than 300 expert organizations and individuals around the world. It is consistent with the ‘Guidelines for the Eco-labelling of Fish and Fishery Products from Marine Wild Capture Fisheries’ adopted by the UN Food and Agriculture Organization (FAO) in 2005. 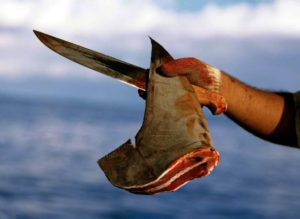 The parties felt that there is not only a discrepancy between consumers being told shark finning is banned and its continued occurrence in certified fisheries, but also significant issues in the way in which the MSC’s shark finning policy is applied. They believe that this makes it difficult for a consumer to understand and have confidence in the policy.

The signatories acknowledged the leadership role played by the MSC in ensuring that the board decision on shark finning is fully implemented and that the organisation is seen to champion a no tolerance approach with respect to this “abhorrent” practice.

“We, as a group of leading conservation organisations, small non-profits dedicated to shark conservation and the eradication of shark finning, ethical retailers, and responsible seafood suppliers, are keen to work with you in finding solutions so that the scourge of shark finning is permanently eliminated from all MSC-certified fisheries,” stated the letter.

MSC has acknowledged receipt of the letter and have promised to reply within the MSC standard timelines. 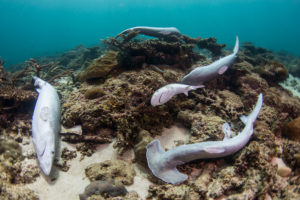 A response from MSC Fisheries

“The implied accountability of the Marine Stewardship Council (MSC) for the continuation of this practice is strange, even absurd,” said Michael Marriott.

The MSC is a leading global driver of sustainable fishing and in the past 20 years has proven to be one of the most effective tools in the fight against unsustainable fishing practices. Importantly, despite the article suggesting that this practice is “tolerated” in MSC-certified fisheries. Unfortunately, the consequence of misrepresenting the facts may well be to undermine the intent of the stakeholders who provide such important feedback, and also the efforts of fisheries, NGO’s, retailers etc who are working together to improve global fishing.

Central to the article is the scoring and continued certification of the Parties to the Nauru Agreement (PNA) skipjack fishery, though the writer ignores the data and fails to question the specifics of this case. To provide some context, the 429 incidents of shark finning observed in the PNA fishery occurred over a four-year period between 2012-2015. During this time there was a clear downward trend in shark finning (see graph), with only 14 incidents across 10,000 observer monitored sets in 2015. An incidence of 0.14%. This is only 14 incidents out of the headline figure of 100 million worldwide that involve this particular MSC-certified fishery. While all shark finning incidents are of course deeply regrettable, it should further be noted that in these cases robust action was indeed undertaken. The vessels concerned were fined and in one reported case had their fishing licence revoked. The question of whether all participants in a certified fishery should be penalised, by withdrawal of certification, based on the actions of a few is a complex one. 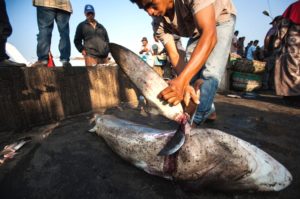 A fisherman fins a shark at a fish market in Indonesia. Image: Chaideer Mahyuddin / AFP / Getty

In the MSC Fisheries Standard, fisheries must be able to demonstrate that any sharks they catch and retain are landed with the fins naturally attached. This is regarded as best practice. MSC requirements dictate that if a certifier finds objective, verifiable evidence indicating that shark finning is a regular practice in a fishery, then certification should not be maintained. It is unrealistic however to expect that a single incident on a single boat would result in an entire fishery’s certificate being suspended or deemed ineligible for certification. Such an approach would result in a perverse incentive for fisheries to avoid monitoring their activities and is the reason why MSC assessments focus on management strategies to eliminate finning.

In the objection to the PNA fishery’s recertification the independent adjudicator found that there was no systematic and uncontrolled finning of sharks. Moreover, he noted that a zero-tolerance approach to an isolated incident would render any certification programme totally unworkable, removing a key instrument for driving change on the water.

In keeping with the requirements of MSC-certification the PNA governments banned shark finning in 2013. To maintain its certification the PNA fishery is incentivised to eliminate shark finning entirely and to ensure that they have adequate and appropriate systems in place to do this. In addition, they are required to take appropriate action whenever finning incidents are detected.

Rather than an example of a deeply flawed certification system, the near-eradication of shark finning in the PNA tuna fishery is a success story that demonstrates how the MSC programme is supporting and encouraging change around the world.