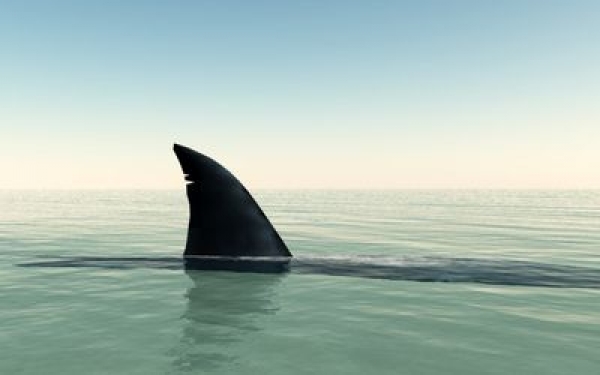 Shark finning – cutting a shark’s fin off and releasing the live shark back into the water – is outlawed in SA, but commercial shark fishing with the aim of selling the fins is allowed, according to the Department of Agriculture, Forests and Fisheries.

Shark fins are among the world’s most expensive seafood products, with $1,000/kg the most commonly quoted price on the Hong Kong market; and it is estimated that about 70-million sharks are caught each year although 17% of shark species are considered endangered.

The International Union for Conservation of Nature’s Shark Specialist Group says shark finning is widespread, and “the rapidly expanding and largely unregulated shark-fin trade represents one of the most serious threats to shark populations worldwide.”

SA, which contributes between 1% and 2% of the fins sold annually in the world’s largest shark-fin market, Hong Kong, also has one of the world’s most diverse faunas of cartilaginous fishes — fishes with skeletons of cartilage, not bone, of which sharks are one subclass.

No fins to be landed in SA ports

There are 181 species off SA’s coast, 15% of the world’s species, and 27,1% of these are endemic to SA, according to SA’s draft national plan of action for the conservation and management of sharks, recently gazetted for public comment. South African regulations stipulate that no fins can be “landed” in South African ports without the carcass, and all shark fins and trunks must be landed at the first point of landing in SA. There are also species-specific stipulations on the weight ratio of fins to trunks.

The plan, which has an initial 2012-15 implementation period, acknowledges that SA has a lot to do in terms of implementing sustainable management for the sharks that swim through its waters. It has taken the country 11 years since it signed up with the United Nations’ Food and Agriculture Organisation (FAO) Committee on Fisheries to draw up and adopt this type of plan — not that it is the only laggard.

Traffic says a decade after the FAO approved the international plan to conserve sharks in 2001, it has yet to be fully implemented and there is little evidence the plan has contributed significantly to improved conservation and management of sharks.

South Africans should be “calling for better management of shark fisheries globally”, says World Wide Fund for Nature SA sustainable fisheries programme manager John Duncan, and the national plan includes a “long list of issues” that need attention and policy implementation from the Department of Agriculture, Forests and Fisheries, he says.

It is no secret the department and its minister, Tina Joemat-Pettersson, are beleaguered. She is on stress leave after months of criticism that she mismanages her department. She suspended director-general Langa Zita on suspicion of corruption, but he has yet to appear before a disciplinary committee, or be criminally charged.

Department spokesman Lionel Adendorf says shark finning has never been allowed in SA and, since the department became aware of the high prices fins fetch, it has imposed restrictions in permit conditions.

Sharks are either the target species, or an allowed secondary species, in 15 of SA’s fisheries. Certain species are off-limits, and there are species-and fishery-specific limits to catches. The total shark catch is estimated at 3,500 tons a year.

Both Mr Duncan and KwaZulu-Natal Sharks Board research chief Geremy Cliff say sharks are biologically susceptible to overfishing because they mature late, grow slowly and have low fecundity and a long gestation period in comparison to other fish.

“Also, they are often caught out at sea, where it is hard to monitor what people are doing,” says Mr Duncan.

While sharks could be sustainably fished, few fisheries are managed according to ecosystem-based management principles, he says.

“While some shark fisheries are primarily for meat, the high and increasing level of market demand for shark fins is currently the main driver of unsustainable fishing for sharks globally.

“Neither the current, nor the expected, level of future market demand for shark fins can be met from sustainably managed fisheries. Consequently, efforts should focus on greatly reducing demand for shark fins in consumer markets to well below present levels. Illegal, unreported and unregulated fishing for sharks is adding to the pressure imposed by poorly managed, albeit legitimate, fisheries in which sharks are taken,” he says.

One of the problems the plan highlights is that import and export data do not match, something Mr Burgener points to (and the plan quotes his work).