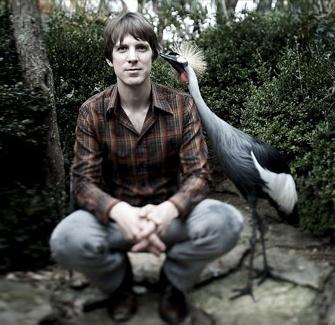 The third in a trilogy of albums about nature, which began with 2006’s justly lauded ‘Palo Santo,’ the air is thick on Shearwater’s latest album The Golden Archipelago. It’s the kind of atmosphere that resonates, as if a magnetic presence is matching the vocal gusto, and shimmering instrumentals of the band itself – and that’s saying something.

So what is this underlying aura? For singer-songwriter Jonathan Meiburg it’s the spiritual energy he uncovered while visiting the remote islands of the Falklands, Madgascar and Tierra Del Fuego. Places upended first by war and then by climate change, which are brilliantly equated with one another on this project. It’s no wonder many of its best tracks have the overtones of a battle cry.

It’s a world that can’t help but evoke Darwin’s discoveries, and as Meiburg has written, begs the question of whether our evolutionary success as a species will ultimately cost us not only the ‘lost worlds’ of the likes of Jules Verne and remote island paradises, but the sustainability of the most everyday ground beneath our feet.

The natives of these lost worlds are so deeply in tune with the world around them that it seems as though nature speaks to them in enchanting and mysterious ways. The Golden Archipelago tries to capture that same mystique by following the way the organic cycle of life parallels the patterns of nature: the waves of the ocean mimic breathing; the sun’s brazen eye swelters, then slowly ceases; and the earth cries out for the life giving element of rainwater. You can even hear the steady heartbeat of a drum pulsating in the background on ‘Hidden Lakes’. And The Golden Archipelago works together as a whole so well that the full-color, 75-page, 8 x 10.5″ accompanying dossier of records, photos, and ephemera assembled by Meiburg seems an entirely natural and wholly unpretentious extension of the listener’s experience. 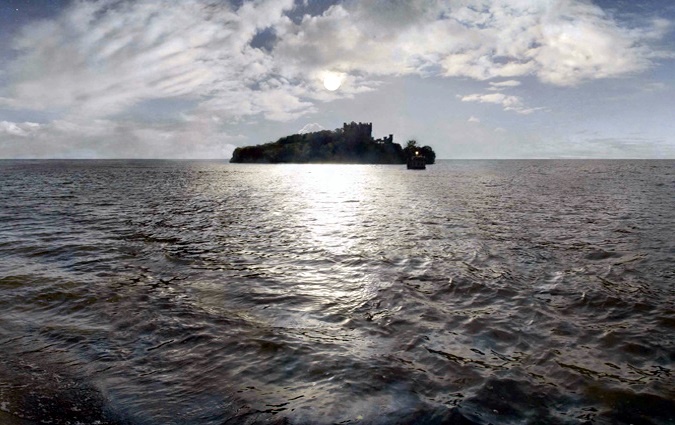 Shearwater has always been inspired by the natural world, especially when it comes to their fascination with birds (they are even named after a species of seabirds). However, the dominant theme on The Golden Archipelago is islands, and the vastness of the oceans that surround them. As a result, the album acts as the aftermath from the roaring waves of 2008’s breakthrough album Rook, offering new tidings and a seamless transition in flow. This is not to say clear sailing is ahead, or that Shearwater has lost its noisy intervals.

The song ‘God Made Meâ€ has a similar piercing climax as Rook’s On the Death of the Waters, while Black Eyes incorporates the same enthusiastic rush of piano keys reminiscent of Palo Santo’s Seventy-Four, Seventy-Five. The difference is that the new album holds a spacious quality that perfectly crystallizes sounds that may otherwise go unnoticed.

A good example of this is shown on Palo Santo’s La Dame et la Licorne, where the pace of the piano briefly vanishes, then bounces back to life with much more vigor. The same dynamic is present on the new album, specifically on Meridian, but the lagging moment is accompanied by layers of vibration and whispering echoes, which ultimately lengthen the arrangements and offer a more forceful cliffhanger, until Meiburg’s voice finally erupts. 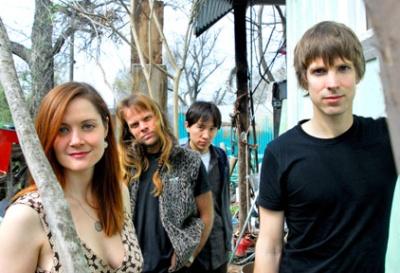 The appreciation Meiburg has for peripheral life is just one part of what he ultimately wants to convey on the new album. The other is his growing concern with how we, the listeners, are for the most part immersed in the dizzyingly lights of city-life, completely distracted from what it is to truly be human. For this reason, the album emanates a deep feeling of despair, as if it were bordering apocalyptic.

Nightmarish visions occur from the ‘burning carousels’ on Corridors’ to Meridian’s terrifying yet equally alluring opening lines: ‘In the burning days/ of unnatural light/ I took a long drive/ into the evening night.’ The reference to ‘unnatural light’ not only suggests a possible glimpse into the dim future of mankind, but also one relating to the state in which Bikini Atoll, one of the many islands Meiburg visited, was turned into a testing ground for the atomic bomb during World War II. The album even opens with their national anthem, setting the tone on how nature is not always in harmony with human nature.

Everything is alive on the Golden Archipelago, a sort of musical pantheism that transitions from track-to-track naturally like the body’s circadian rhythm. Even the album cover features a figure clothed in ghostly garments amid the zenith of the sun, which carries over to the same picture at night when opening the liner notes.

Perhaps islands are safe havens for Jonathan Meiburg, a place where time is only marked by the stillness of the air, and the rhythm of the waves. Whatever it was Meiburg gained from his travels he managed to translate it into music with delicate ease, and like the ever-present bird motif soaring to new heights, the band is gliding weightlessly, but this time at sea.