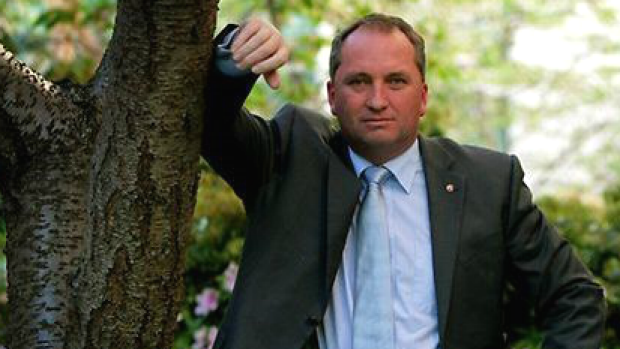 Nationals leader and Agriculture Minister Barnaby Joyce was up in arms about the decision.

The Shenhua Watermark coal mine has cleared its final legal hurdle after legal action against it was dismissed.

The Land and Environment Court threw out a challenge from the Upper Mooki community group, which argued the project was too great a threat to local koala populations.

The Environmental Defenders Office (EDO) represented the Upper Mooki in the appeal against the development consent, arguing the PAC did not follow due process in considering the impact on koala habitat.

After the judgment, EDO chief executive Sue Higginson said the PAC may have followed the law, but the law needed changing.

She said Shenhua still had work to do before it could proceed with the mine.

“There are a number of management plans required in relation to exactly how they’re going to manage water impacts and … how they are going to undertake the translocation of this significant proportion of koalas,” Ms Higginson said.

The company argued its plan to move 262 koalas over the life of the mine was reviewed by academics at Melbourne and Sydney universities.

Shenhua paid $300 million for an exploration licence covering 20,000 hectares of the Gunnedah basin coal field in 2008.

Government sources recently told the ABC there were doubts about whether the project would proceed.
Miners keep ‘chipping away’ at koala habitat: conservationists

The Nature Conservation Council said the decision meant 800 hectares of koala habitat around Gunnedah would probably be destroyed.

“We cannot continue to allow the Planning Department and mining companies to chip away at the remaining important habitat that we have for our iconic koala,” the council’s Kate Smolski said.

Nicky Chirlian, from the Upper Mooki group, said the decision highlighted the need for changes to environmental laws.

“There is currently a review of the environmental laws so we’re hoping that will then allow, in the future, big developments like this to have far more detail required as to what is actually planned for threatened species,” she said.