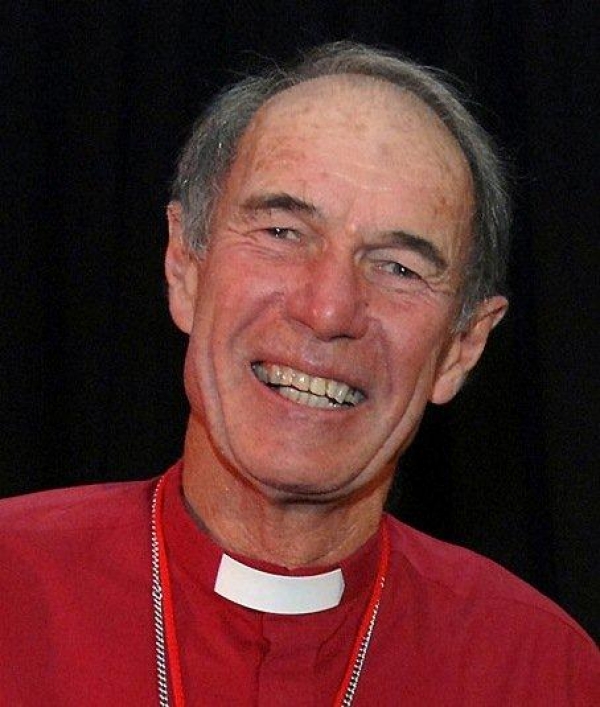 What so many of us have been dreading, is now set to happen. The moratorium on exploration for shale gas has been lifted.

“We find it both extraordinary and irresponsible that our government continues to pursue fossil fuel energy when South Africa has the best of renewable energy (RE) resources in the world,” Bishop Geoff Davies (pictured) from SAFCEI stated on hearing the news.

“This decision is particularly disturbing as South Africa hosted COP17, the climate talks, and should know well the reality of climate change.

Scientific evidence clearly shows that the burning of fossil fuel is hastening climate change at an alarming rate. Natural gas, though less damaging than coal and oil, still emits CO2 and methane. Fracking also requires millions of litres of water and toxic chemicals and endangers scarce water resources. None of these dangers exist with renewable energy.”

While RE is being developed, off-shore natural gas with strict conditions could be an interim source of energy, the Bishop commented. The faith communities and local communities we have consulted are totally against fracking for shale gas in the Karoo.

We are grateful to hear there will be a public consultation process. People of South African are called to express their deep concern that the financial interests of the fossil fuel industry are again taking precedence over the well-being of people and planet.

The membership of the technical task team did not include representatives from the Departments of Water and Environment, Health or Tourism. Neither did it have any representatives from civil society, faith communities or environmental organisations. Such one-sided commissions’ inevitably lead to lop-sided conclusions.

In addition, the government promised to consult with civil society in drawing up the Integrated Energy Plan (IEP), the government’s integrated planning process for energy. No further consultation has taken place to date.

Surely given the potentially huge risks to our scarce water supplies and the evidence of long term environmental damage that is emerging from other countries, fracking cannot be undertaken and should be considered carefully in an integrated manner – within the public consultative process.

It is unacceptable that the fracking moratorium be lifted before the public have been involved in the IEP. The resources of the country belong to the people and the people should have the opportunity to say what should happen to them.

You can’t appoint a team of profit-driven fossil fuel companies to monitor objectively our natural heritage. SAFCEI were encouraged to hear the Minister of Energy, in their meeting with her in July, say that she supported fracking only if it did not have adverse environmental impact. The onus is on such companies as Shell to prove that. From their behaviour in other parts of the world, we have little confidence that this is possible.