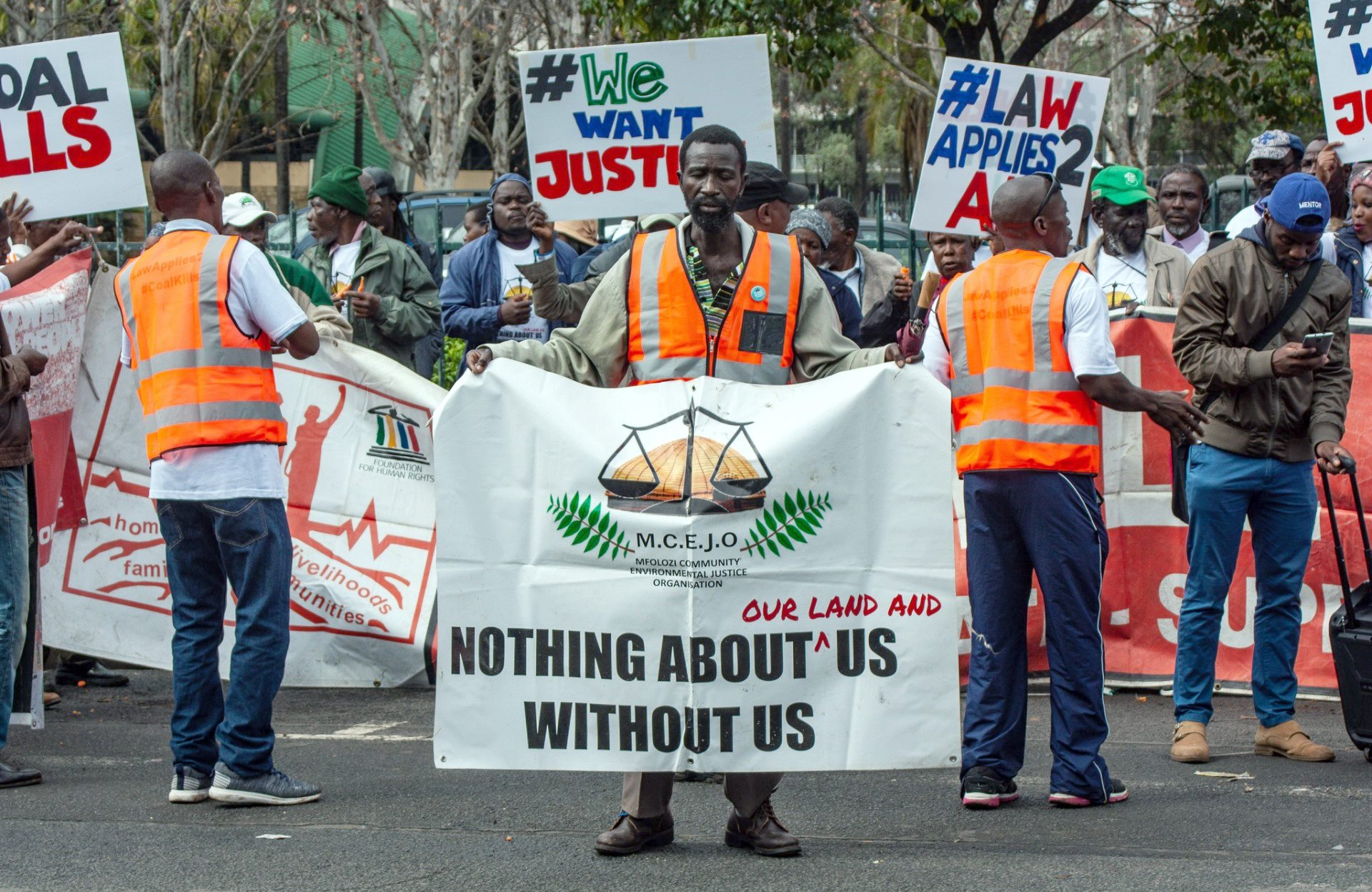 The incomprehensible judgement handed down by the Pietermaritzburg High Court yesterday morning dismissed with costs the application by Sabelo Dladla, the Global Environmental Trust (GET) and Mfolozi Community Environmental Justice Organisation (MCEJO). This will not go unchallenged.

In essence, the applicants approached the High Court when their attorney found the mine had no environmental authorisations issued by Department of Environmental Affairs (or the Department of Mineral Resources) for the listed activities associated with mining operations.

This is particularly concerning given the close proximity of the mining area to the Hluhluwe-iMfolozi Park, and the critical biodiversity of the area that includes hundreds of protected plant species, plus the water scarcity and the thousands of rural farmers living in the area, many of whom have lost their land and their livelihoods to the mine.

Consequently, many Somkhele residents have been left impoverished as a result of the mine operating in Somkhele. This challenges the argument of the court that the mine has brought many benefits, including infrastructure, to the community. The recently conducted Social Labour Plan audit, conducted by ActionAid, was included in the submission to the court, and strongly challenges the narrative that Tendele mine has brought the benefits it purports. Bewilderingly Judge Seegobin does not mention this in his judgement, nor the South African Human Rights report on human rights abuses in Somkhele community nor the psychosocial impact report by Prof. Edelstein.

One of the main arguments by Judge Seegobin is that if the Minister of Mineral Resources was not so satisfied he would not have granted the additional mining rights. Similarly, the late “Minister of Environmental Affairs would also have had something to say if it was found Tendele was acting unlawfully”. Consequently there were clearly no grounds to challenge the mine’s operations.

The judgement also argues that because the mine initially commenced operations before the implementation of the one mining system, there was no need for the mine to have obtained environmental authorisation and that an EMP is sufficient.

The judgement is extremely punitive in awarding costs when it clear that a mining affected community supported by an NGO brought this application in an effort to ensure that Tendele Mine is compliant, in the public interest. In the Biowatch case, the Constitutional court ruled that lower courts should embrace the ruling made 8 years ago against punitive cost orders being awarded when challenges were brought against Monsanto a corporation that had unequal power and financial resources.

Kirsten Youens, the attorney for this case, states: “Far from being demoralised, GET and MCEJO see this as an important opportunity to take the matter to higher judicial authorities starting with the Supreme Court and even to the Constitutional Court, if necessary, to ensure justice is done and that law applies to all. They take courage from other mining affected communities, like the Lesetlheng community, who lost their case until eventually receiving a Constitutional Court ruling in their favour, setting important precedents for social and environmental justice for lower courts to follow. The Tendele case is set to do the same.”

While Save Our Imfolozi Wilderness‘ lawyers are busy preparing leave to appeal against this judgement, Tendele mine faces another challenge from the community. Last week, Sabelo Dladla and MCEJO filed a Review Application in the North Gauteng High Court to review and set aside the Director-General’s decision to grant Tendele a further 222km2 right to mine. The Application is also to review and set aside the Minister’s decision to dismiss the internal appeal that was brought against the Director General’s decision to grant the mining right.