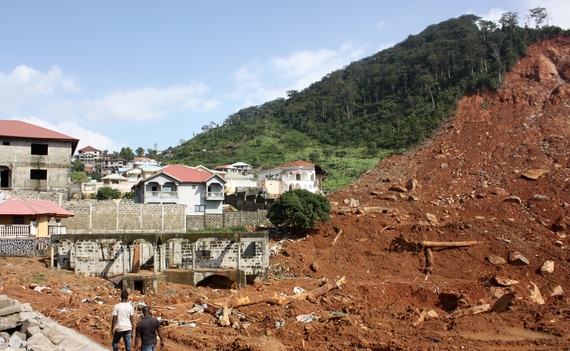 It was a strange thing to be supporting Street Child’s response to the mudslides in Sierra Leone from Maiduguri, the epicenter of the Boko Haram crisis in North-East Nigeria.

As head of programmes for West Africa, I am normally based in Sierra Leone, in Freetown, where mudslides and floods killed at least 500 people in the early hours of Monday 14th August when an entire mountain side collapsed during heavy rains.

Returning a week later, via a typically long-winded trans-African route through Abuja and Abidjan, I’ve been rushing to catch up on the response we launched the day after the mudslides occurred with our local partner.

On visiting the mountain site in the Regent area of Freetown, just by one of Street Child’s five food distribution centres for survivors, it struck me how high Sugar Loaf mountain really is. At the top, where the mountain sheared away, you could see eagles circling.

Houses are not supposed to be built at the foot of the mountain, which is part of a conservation area, but deforestation and excavation has left the soil exposed, turning into liquid mud in the rains. 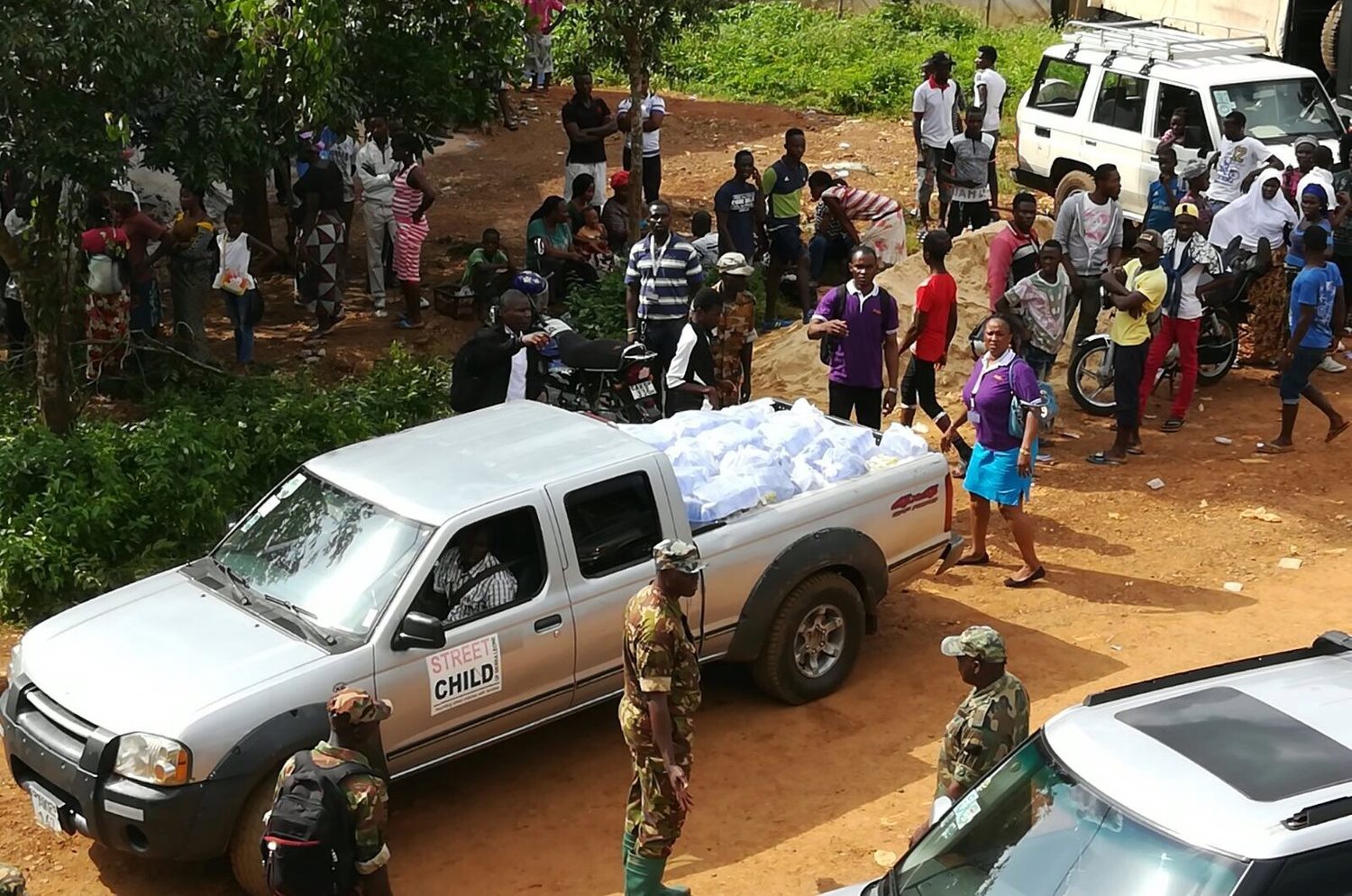 For now, the mud has become a makeshift graveyard; only unidentifiable body parts are being found, which are taken straight to the mass grave built during Ebola. The smell of decomposing bodies turns up in unexpected places on the car journey down to Regent.

Arriving a week after the mudslides, the government and third sector coordination system has shifted into gear. Banners are springing up at the five distribution centres and all around the Regent area in particular – a bit of an NGO free-for-all.

I am proud that our partner Street Child of Sierra Leone is delivering daily food to the survivors who lost their homes. We’re feeding 4000 people a day with funds from a generously supported public appeal we launched last Monday, and funds from UK AID.

In a slightly British fashion, I feel terribly embarrassed when a community representative ushers me in to the darkened building of the Regent shelter, and coordinates a vote of thanks for Street Child and our supporters from the tightly packed survivors sitting there. 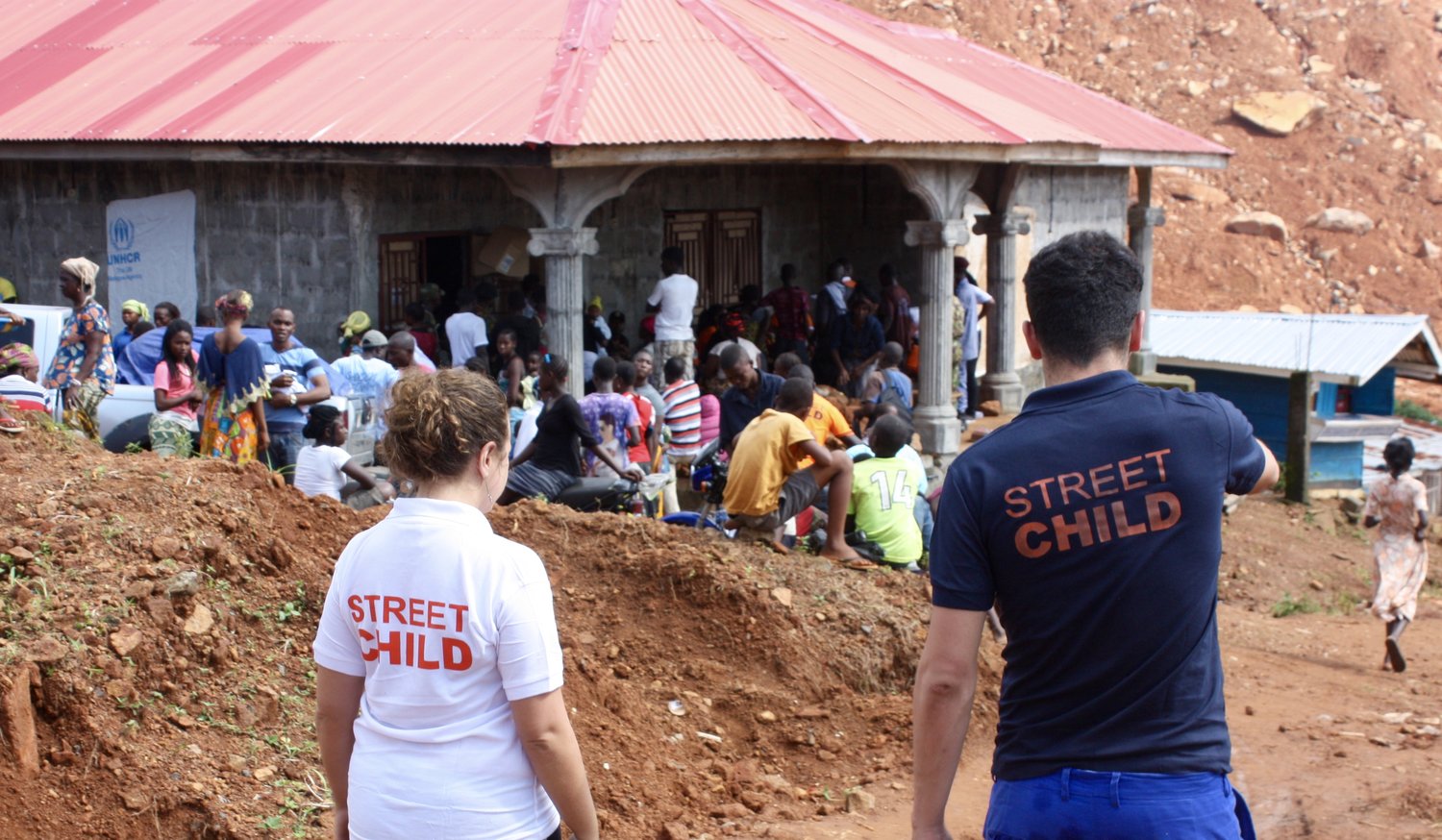 The young man thanks us for the food we are supplying each day, every day, on which the survivors are relying. He is a bit teary, and so am I. He doesn’t ask for anything else, but I feel very much like what we are supplying is both terribly needed and not enough.

With all the agencies present at the endless coordination meetings, you might get the impression that survivors are OK, their needs are being met sufficiently. But funds and concrete action for survivors are slow to mobilise.

So for now, Street Child’s small bag of sardines, bread, cheese and fruit is all that many of the thousands of people living in makeshift shelters can count on eating each day.

I don’t hesitate to promote our national NGO partner, Street Child of Sierra Leone, whose 70 national staff have been working 12-hour days for the past eight days now. Their hard-won experience of emergency food distribution from the height of Ebola and social work expertise has been indispensable.

More expensive non-food items including bedding and toiletries are next on the list, once funds arrive. I’m painfully aware of the dirty, hard concrete floor that survivors are sleeping on when I visit the centre in Regent. 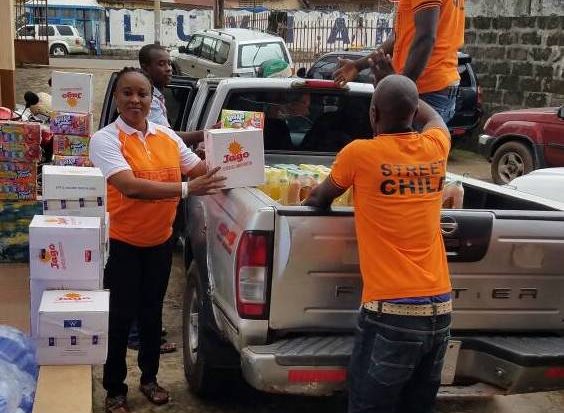 Now that the food operation is efficiently up and running, in the last few days, trained social workers have started to go out into the field to conduct psycho-social counselling and hear from affected communities.

Many people they meet are unsurprisingly traumatised – weeping, refusing to eat. I met the eight-year-old Ibrahim, who lost both his parents in the mudslide at Regent. He was crying constantly this morning, but Street Child’s social workers have helped calm him down. This afternoon, the neighbour who is looking after him seems more distressed, and can’t stop trembling.

At the same time, in typical resilient fashion, Sierra Leone’s survivors are looking to the future too. School starts back up in a couple of weeks, and it’s one of the first things on people’s minds. How will school fees be paid, children are asking, who will provide books and uniform that were lost. Others are casting further ahead, wanting to get their livelihoods back up and running.

Recovery plans continue to evolve for the survivors, and there’s an undeniable political overtone to the flood response, with national elections just around the corner. My faith is in our national partner Street Child of Sierra Leone.

Their staff’s insistence that we respond immediately to the crisis mobilised us all to ask for the global community’s help. Whilst their staff are out in the field, I feel confident that the voices of survivors are being heard, their interests at heart. As their funder and partner, our international staff in the field and around the world continue to do our best to support them.