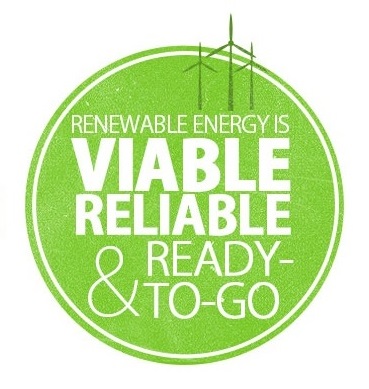 The evidence is in: Renewable energy is viable, reliable, and ready to go – all that’s missing is the political will to kick start an energy revolution in South Africa.

On this page Greenpeace has grouped some of the most common myths about renewable energy, explaining why they are just that – myths that don’t stand up to reality.

But here’s the thing, although they’ve busted the myths here, they need you to make the myth busting go beyond this page. Please share it widely. Tweet, Facebook, and talk about it freely.

Myth 1: Renewable energy is too expensive

Right now, renewable energy is actually already cheaper than coal and nuclear power at every step.

In addition, there are no input costs for wind and solar energy. So for example, while one needs to buy coal for a coal-fired power plant to generate electricity (and coal mining itself has massive environmental costs), solar and wind energy don’t have input costs like that – sunlight and wind are free. 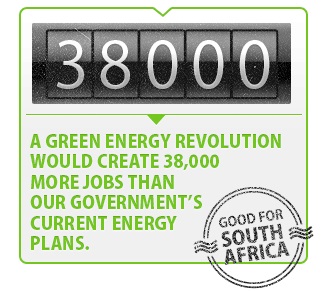 The Hidden Costs of Coal and Nuclear

Market price aside, coal and nuclear power have huge hidden costs that aren’t included in the price that you and I pay for electricity.

For instance, Eskom is currently building the Kusile coal-fired power plant, and it’s estimated that the coal plant will cause damage of up to R60 billion for every year it operates. We’re talking the costs of water pollution, human health impacts, the plant’s huge water footprint, and climate change.

These massive costs aren’t taken into account when the price of coal power is calculated — but they are still very real!

Renewables technology is ready to go, and is working reliably in countries around the world. 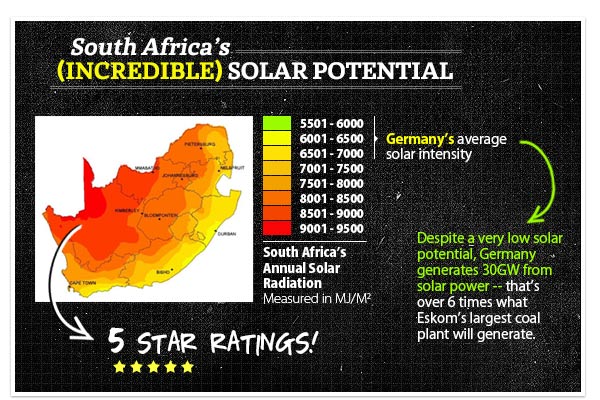 The key to getting a constant supply of electricity from renewable energy is to have a mix of sources: solar and wind power, natural gas, and anaerobic digestion plants. By having a mix of sources which are spread over a wide area, we ensure there will always be a supply of energy.

As the sun goes down, so wind production generally increases, and as the winds drop in one region they pick up in another. During peak times, biogas and natural gas can bolster our energy supply, and can also be used to meet sudden peaks in electricity demand. In the future, ocean energy can contribute too.

Intelligent technologies can track and manage energy use patterns, provide flexible power that follows demand through the day, use better storage options and group producers together to form virtual power plants. With all these solutions we can secure the renewable energy future needed. We just need smart grids to put it all together and effectively ‘keep the lights on’. 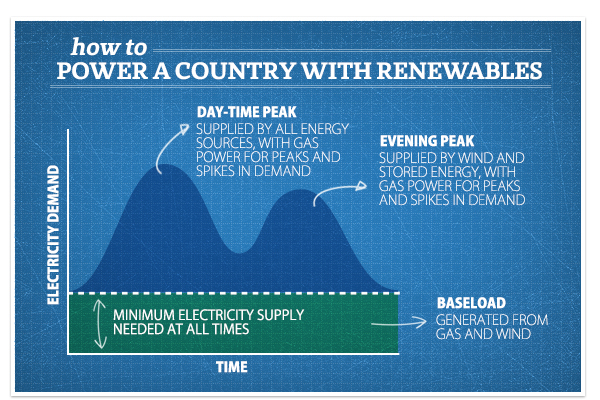 The reality is that South Africa’s grid – the system that connects power stations to consumers – needs to be improved or replaced regardless of the power source we use. It would be far more efficient to upgrade to a new smart grid system than waste money on old system that will continue having problems down the line. It’s similar to the the choice between repairing an old VCR or buying a new DVD player.

What is a smart grid?

A smart grid is a system that can connect (and swtich between) a number of energy sources (solar, wind, etc.), at many different sites, to provide a constant flow of electricity to users. It allows us to create a network of electricity production sites that spread over a wide area. So for example, it would allow you to create solar power on the roof of your house, and feed extra power back into the grid. This is part of what makes the grid “smart”: components can “talk” and “listen” to each other, making the supply of electricity much more flexible, reliable, and efficient. 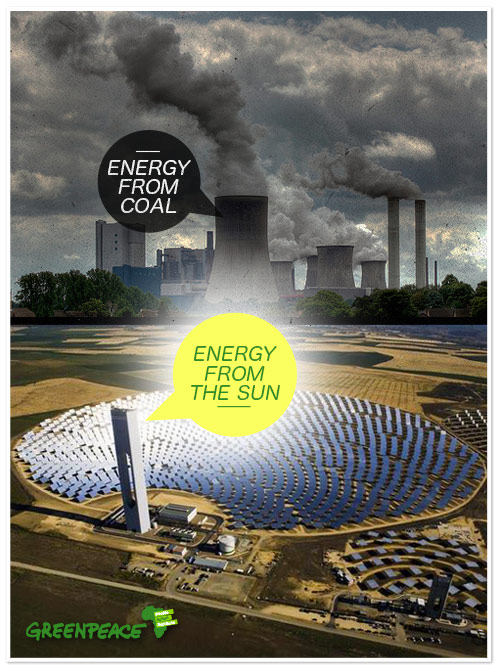 Myth 5: Renewable Energy is bad for the environment

A common argument against wind farms is that they kill birds and bats. However, if environmental impact assessments are conducted and migratory patterns are assessed before construction, this impact is greatly reduced.

Also, while every effort should be made to minimise this impact, it should also be looked at in the context of other projects and their affect on birds. Coal and nuclear power plants have a far greater affect on birds, as do power lines, domestic cats, and cars. source.

Studies have shown that noise complaints, especially those related to wind farms, are often unrelated to actual noise. In most cases it was found that people were actually opposed to the farms on aesthetic grounds – which would be the same with coal or nuclear plants. It was also found that ‘noise’ complaints dropped off rapidly when local communities derived income from the renewable energy projects in question.

The land used for renewable energy projects, like wind farms, can still be used for farming and cattle grazing. International experience has shown that livestock are completely unaffected by the presence of wind farms and will often graze right up to the base of wind turbines.

Footprint of renewables: Unlike coal and nuclear RE pays off its carbon footprint and does so relatively quickly. Depending on where they are made, solar panels offset their carbon footprint in about four years. 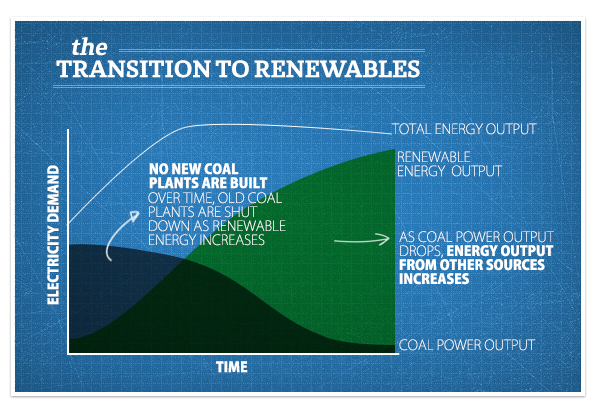 Myth 6: Greenpeace wants to turn off all coal and nuclear power plants today

The Energy [R]evolution is about a gradual transition to renewable energy. It’s a blueprint for how South Africa can decrease its reliance on coal and nuclear over time, while investing increasingly in renewables.

Fully switching over to renewable energy time, and involves 3 steps.

Increase our energy efficiency: this is about using our electricity wisely, so that we get more done while using less and less electricity.
Start investing in our renewable energy projects now, and steadily increase investments over time.
Stop investing in coal and nuclear plants while also shutting down old coal-fired stations as they reach the end of their lifespans.

Where to from here?

The good news is that South Africa is investing in renewable energy projects – but not nearly fast enough. Given the incredible renewable energy potential we have and the thousands of new jobs that would be created, there is no time like the present for an Energy [R]evolution in South Africa.

Greenpeace has created a practical blueprint for just how such a revolution could take place – getting our country fully powered up on renewable energy: 94% by 2050.