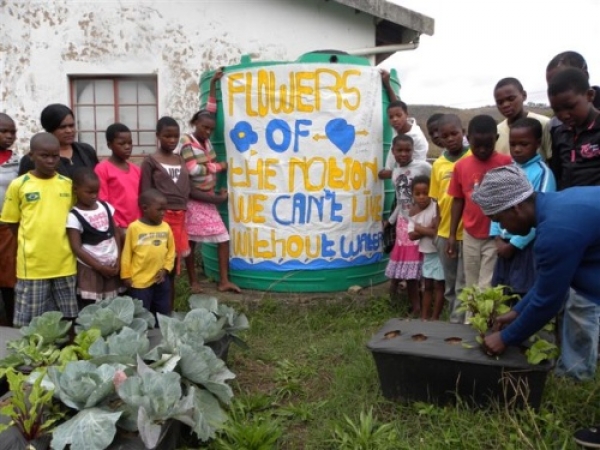 These were but a few of the actions for earth that took place in more than 7000 places in almost every nation on earth during the recent global 10.10.10 Global Work Party organised by 350.org.

Here at home in the Vulamehlo and Buhlebezwe southern KZN districts, six  Siyabona Youth Living With Purpose groups met at three venues for workshops on Climate Change where they discussed this year’s drought and the problems of poor water supplies.

Letters were written to their respective municipal authorities urging them to develop policies and programmes to ensure adequate water delivery to the rural communities and posters were painted to put up on municipal buildings. The trainers presented the benefits of growing indigenous food plants and group members planted traditional beans. 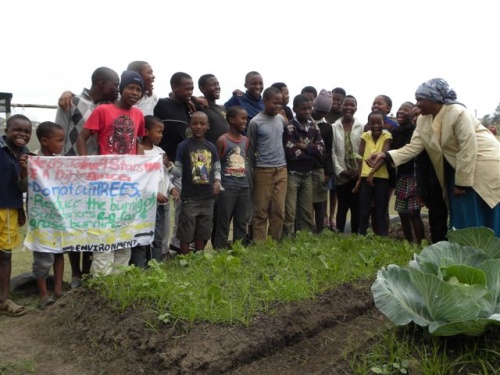 The letter from the Jolivet Stars and Graze groups asked the local municipal authorities to keep the promises, made by them at a recent community meeting, to bring in water tankers twice weekly for community people to collect water from. The youth suggested that rules be made to stop damage of communal taps and water tanks and that education on water conservation be done. One of their posters read ‘Keep your promises to provide the community with water.’

The poster of KwamPondo Angels of Tomorrow and Ekuphuleni Flowers of the Nation, stated ‘We can’t live without water.’

Their letter pointed out that local communities had suffered water stoppages at communal taps for periods as long as two months in which time water had to be collected from distant rivers.

The authorities were informed that many of the communal taps and pipes were broken and staff sent to repair them lacked the capability to do so. They were asked to put in stronger pipes and to have properly trained repair teams.

Young Stars of Tomorrow from Dumisa and Young Generation from Bhadane wrote in their letter of the water supply in the communal taps having often been cut off and no warning notice given. People had become sick from drinking contaminated water from the rivers and long distances were required to collect water with the river beds sometimes being dry.. 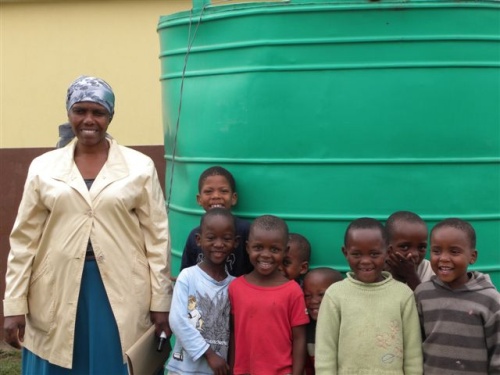 They asked local government to consider placing taps at local homes. Their poster read ‘We can’t do anything without water.’

The young people were very interested to know they were joining up with other people around the world taking action to motivate their leaders to urgently face the problems of climate change.

It is planned that once rainfall improves, indigenous food gardens will be planted by the youth at their homes and Siyabona will develop a traditional food seed bank.