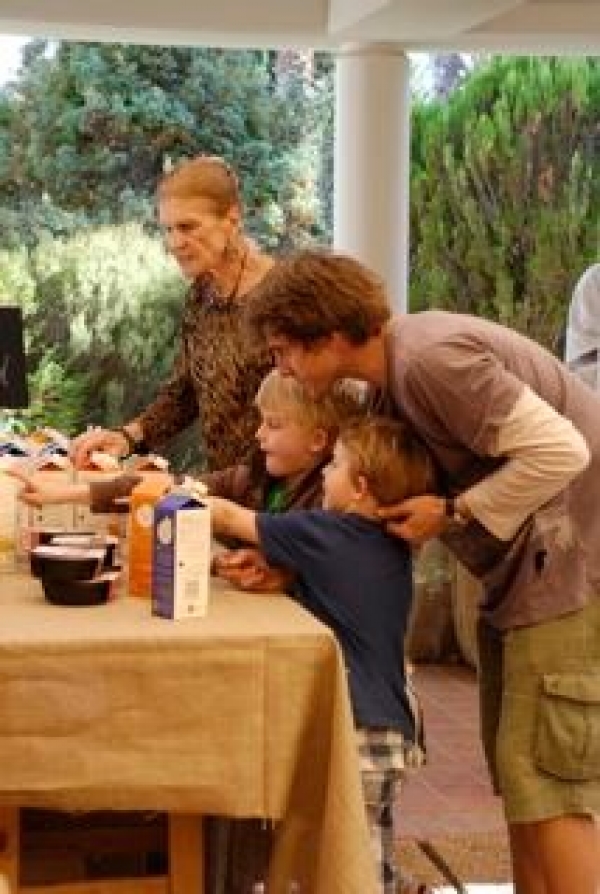 Sick and tired of the hustle and bustle of city life? Family members sometimes only see each other on weekends. Incidents of stress-related illnesses increase annually. The purchase, preparation and use of food is just another of the hectic actions that need to take place on a daily basis. Convenient food is often the only and fastest answer. Even on farms, quad bikes and pickups have often taken the place of the riding horse. Monoculture cultivation brings in money, but your risk grows.

When Macdonalds opened a store in the heart of Rome in 1986, Carlo Patrini, a chef, food and wine connoisseur, began his suffering resistance and the idea surrounding Slow Food was born. Since then, the idea has expanded worldwide from Slow Food to the Slow Food Movement. Slow Food communities (convivia – Italian for a festival, reception, event) have been established worldwide.

In the beginning there was diversity

Early agriculture at the Cape was thus diversified. Gradually, however, the export market of wine and wheat in particular convinced many farmers to focus on one product – something that is still common today. The local Khoi were good herdsmen, but did not have much interest in arable farming and therefore laborers were hard to find. Extensive livestock farming was easier, especially in the interior, while the farms in the Boland focused on grain and wine farming.

The Slow Food movement strives for:

Modern agriculture has accustomed us to some agricultural products, but it is claimed that 300,000 of the world’s edible vegetables have become extinct in the last 100 years, while a third of the world’s local cattle, sheep and pig breeds have already become extinct. or is on the verge of extinction. Traditional food is often not available in the big supermarkets. An example of this is the Heerboontjies from the West Coast’s Sandveld. Only a few farmers still make the effort to grow this delicacy and many people who grew up in the Western Cape do not know it at all.

Agricultural practices such as the cultivation of traditional food, crop rotation, minimum tillage, reduction in the use of chemicals and the retention of seed are some of the practices supported by Slow Food. Delayed food is grown for taste, quality and nutritional value, not necessarily for quantity. As Slow Food is produced locally and marketed within the season, the environment is preserved because long-distance transport and storage in cold rooms do not take place. Delay food preparation can only take place with passion, time and fresh produce. 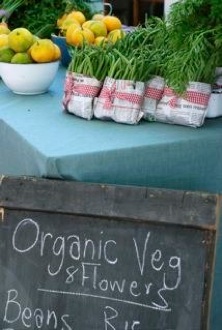 Many smallholder farmers do not have the infrastructure or capital to produce large quantities of watookal. Delay food gives these people the chance to make a living by providing in this niche need while enhancing food security.

Traditional ways of cooking are promoted and at a Slow Food Market you will be able to buy homemade ginger beer, coconut ice cream, jam, pickled fruit, chutneys and home-baked bread. You will have to buy the burgers, sweets and fizzy drinks at the supermarket.

It’s about biodiversity and sustainability

And farming? Slow Food is about biodiversity and sustainability of, among other things, agriculture. The different convivia create opportunities where farmers produce sustainably, can offer their products to the consumers within the natural season. The middleman is cut out. The ideal is “from the field to the fork”.

Carbon footprints are limited because products are not transported over long distances. Products have better taste and nutritional value because they are not stored in cold rooms for weeks. There is therefore a golden opportunity for smallholder farmers to get involved, as well as commercial farmers who want to diversify. The decision to produce Slow Food is certainly not a lifeline for a struggling commercial farmer, but perhaps a straw that could spread the farming risk. Although a niche market, the demand for healthy, tasty and locally produced food is growing daily.

My mother understood the concept of Slow Food well, although the concept was unknown. The most delicious part of our annual vacation trip was mom’s road trip. Cold chicken – from the chicken that woke you up two mornings before, hard-boiled farm eggs, home made minced meat curry fat cakes, frozen farm milk that melted somewhere in the Karoo and was a delicious refreshing drink, tomatoes and the garden, homemade bread. And woe to you if you dare to peek at the supermarket’s fruit in their clinically packaged plastic.

She quickly made you understand that she does not spend money on fruit when the orchard is full. She still believes that spending money on something she can make at home is a deadly sin. The seeds of the most delicious tomato / grenadella / watermelon are stored to be planted next year.

Slow Food can give us back the enjoyment of food that many people are sorely lacking as they have hectic fast food in front of the television. Good healthy food is tastefully prepared in its own time. After all, good food shared with friends and family is part of our tradition and culture.