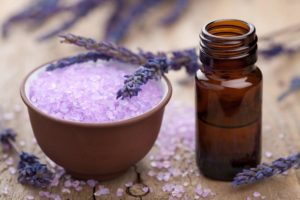 One of the best-known and most-valued essential oils in use today is Lavender (lavandula angustifolia.) People either like or dislike certain smells, so the unmistakable scent of Lavender may or may not be your preference. However, it is one of the most versatile and effective essential oils that is freely available to purchase. It is a great ‘go to’ oil for so many indications: physical, emotional and other, which makes it worthy of inclusion in every individual or family’s personal aromatic apothecary kit.

All Lavender is not the same – this little blue-toned beauty has an extensive lineage. Lavandula is a genus of 47 types of flowering plants from the Lamiaceae/Labiatae (mint) family, which includes other familiar relatives such as the Basils, Sages, Rosemaries, Thymes, Marjorams, Oreganos, Hyssops, Melissa and Patchouli – besides the marvellous Mints.

Within the lavenders there are several species, and within each species there are many varieties, some of which are also of aromatherapeutic value. However, in the aromatherapy world it gets even more intricate, since there are also many chemotypes/chemovars – a chemically distinct aspect of a plant – per species, within a specific terrain. In the same way that a good wine relies on Nature to help forge its finale, ‘terroir’ or terrain has a definitive effect and affect on the precious volatile oils that result from distillation of a plant’s aromatic material. Environmental factors, such as soil quality, weather/climatic conditions and geographical region/ecology, all contribute towards making this seemingly common plant a rather multifaceted personality! 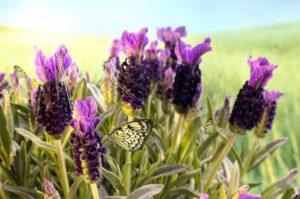 Lavender oil, per se, has a complex chemical structure. This contributes towards its therapeutic actions, and defines its particular and distinctive organoleptic qualities, including its aromas. Like with other essential oils, the fragrance, quality and efficacy of an oil is determined by many factors – and the same applies to Lavender in all its forms. True lavender, for example, which is high in a fruity-smelling ester compound is usually much sweeter in aroma than Lavandin or Spike Lavender, which are more camphoraceous – but again, chemistry is terrain-dependent. Lavenders are therefore the same, but, different in several ways. The 3 plants mentioned above are all lavenders, but they look different to each other.

The variant L. angustifolia is referred to as ‘true’ lavender and the species of choice for healing use. It is however about 5 times more expensive, and less abundant/lower yield, than Lavandin (Lavandula x intermedia) a.k.a. Dutch Lavender oil, which is what is often sold under the common name ‘Lavender’ oil. Botanical names are important for many reasons, since the chemistry of the latter is generally not identical to the former, and hence its intended use can vary. 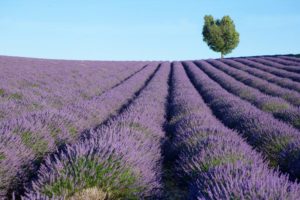 Lavender makes most folk think of the images of undulating purple fields of French charm. Well, that’s not Lavender, it’s actually Lavandin – plants created for rapid growth and high essential oil yield. These attractive Lavandin hybrids are sterile clones that come from crossing, for example, L. angustifolia with L. latifolia (Spike Lavender.) Lavandin is widely cultivated for commercial purposes in France, Bulgaria, South Africa and many other countries. True Lavender, which purists or clinicians often prefer, is the relatively scraggly-looking parent plant that grows at higher altitude and yields much less essential oil.

True Lavenders, from Mediterranean countries like France and England, have different qualities, due to terrain. It’s not surprising that the plant has an affinity for these parts of the world, considering that the Romans reputedly transplanted it in bygone times in England and throughout Northern Europe.

Be careful as less is more

Lavender is one of the few essential oils for which there is a substantial body of scientific research, along with copious empirical evidence, to support positive health-care claims. Despite being renowned for its stress-reducing, sleep-inducing, headache-relieving, pain-soothing and many other therapeutic actions, using too much true Lavender, or a different species of Lavender oil, can have an undesired effect. The chemical properties of some variants make them more stimulating, rather than relaxing, so take care, as each drop of oil consists of many potent aromatic molecules. 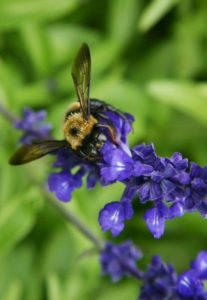 Lavender is a fine friend and plays nicely with most other essential oils, fragrantly blending in and adding synergistic value, besides being of complete individual benefit in many situations. It therefore comes as no surprise that gentle, yet powerful, true Lavender essential oil was chosen to form part of the Foster & Welsh Stress Busta Nasal Inhaler synergy – to soothe and unwind the body and mind.

Why would we include lavender oil in an inhaler?

Would you believe that inhaled compounds have lightning fast action in the body? Over 1000 times faster than chewing, over 300 times faster than eating and drinking, and more than 3 times faster than intravenous injection… not to mention being less painful! Inhalation is by far the fastest mode of delivery of volatile aromatic compounds and is useful when time is a factor, or as support while waiting for other treatments to take effect.

Hence we present you… for the difficult and stressful times of social and environmental upheaval, climate change and so many threats coming at us all at once. That amidst the pinching economic depression. Here is a tiny inconspicuous friend to pop into your pocket and sniff when needed. 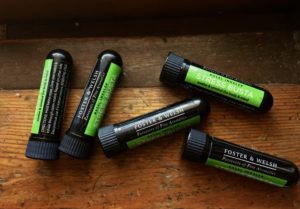 The Stress Busta essential oil synergy has been specifically formulated for its beneficial action on stress, relative to relaxation, depression, and emotional upliftment. It contains Lavender, Lime, Mandarin and Jasmine.

Tame your tension and show stress the door. Allow the expertly blended synergy of essential oils to unwind, soothe and destress you. Trouble sleeping? Call on the Stress Busta to send you floating off to sweet dreams.

And now… just for Green Times readers, we offer a special to support you whilst you read the news, educate yourself and do the work that is needed to change this world. Order 10 and get one free – share with your friends and spread the love.

We all need a little help. Let’s pass on this ancient remedy far and wide.