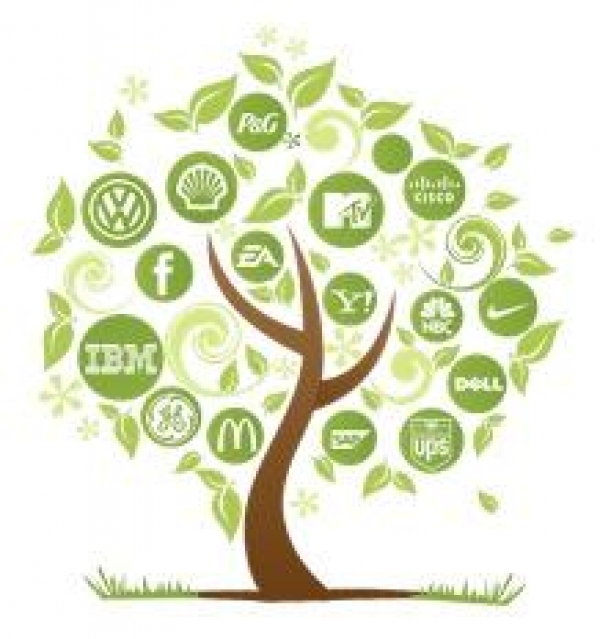 With the advent of two major trends in the past five years, Social Media and Sustainability, we can agree on two infallible points.  Firstly, that social media, in particular social networking, has transformed the way we communicate with each other in the recent years. Secondly, that with the development of these communication tools on the internet, we are witnessing a globalised society that is aware of, and is working together, to solve the world’s challenges.

There are three main aspects to consider with this in mind:

The first consideration, due to micro-blogging social media, transparency has gone from a business choice to business necessity. Companies can’t afford to ignore the combined effect that the proliferation of smart phones and social media has caused to brand reputation. There is an ongoing potential, if a company is acting unethically, for a PR disaster to go viral via pictures, video and text faster than any other form of traditional media. For such a PR disaster to accumulate a community of activists in the thousands, or millions, and for an ongoing campaign to be created designed to change that companies business practice can now all be done within a couple hours. Sometimes even before the company’s CEO has been briefed.

This is of course most famously displayed in Wikileaks and the surrounding antagonism, support and furore for the release of American diplomatic cables. However two other examples of this are Nestle, the world’s largest food and beverage company found itself confronted by the Stop Nestle Waters community. They are proactively using social media to highlight the highly negative business practices that Nestle employs to secure its resources and to make its unfathomable profits whilst trampling on citizens lives.

Another instance is the Academy Award winning brothers Joel and Ethan Coen who directed a short viral video called ‘Air Freshener’ (below) to combat the coal industries claims of ‘Clean Coal’. The video, employing humour and sarcasm, has at time of writing had 240,000 hits.

There is a short-term solution, employ a clear social media procedure to deal with these fall-outs and to discern litigious statements from sentiment.  However, the only long-term solution is for businesses to become more transparent and align their business activities and motives with ethical and tangible positive outcomes. A company that pre-empted this and created a great example of how to do this well is MTV with their switch online campaign.

My second point, that by combining transparency and engaging with online groups, organisations can harness the latent community power found in social media to build powerful marketing campaigns. This is not something to take lightly, once an organisation has established their presence in social media they can then use it to shape extremely influential and effective communications towards individuals based on their tweets and other social media usage. This also means discovering exactly who their brand champions are, being able to engage with them and receive immediate feedback on ideas, services and products that they might want to introduce to the market.

Social media is based on a conversation. For the first time in history, companies don’t have to rely on focus groups or economic analysts using complicated algorithms to provide behavioural trend analysis. All they have to do is set up a twitter account and tell the world about themselves, encourage conversation and then listen. Customer feedback is the golden bullet for all products, launches and services. Now this gold dust can be accessed for free and in quantities with specifics that was never possible before: geo-tagging allows geographic location analysis, sentiment gleaned from reader’s postings allow positive vs. negative comments to be harnessed for new corporate strategies and engagement, a company’s fan base can be used to test ideas.

A major part of this conversation, like any conversation, is the human element of the company. A conversation only ever happens person-to-person. Gone are the days of automated phone calls when you’d pick up the phone to hear a computer voice talking about insurance. This forced one way conversation doesn’t even come close to the loyalty and accuracy of social media. The human face of social media presents another challenge to businesses, that of accountability. Accountability in our global society means being a sustainable business, not polluting or damaging the earth, and taking care of and not exploiting your workforce. If a company is not making itself accountable or attempts to hide poor practice, for sure the internet community will eventually expose them and will use social media as the medium to communicate their discontent.

In essence, to reap the obvious and substantial rewards of social media, companies need to become more human, more emotive and more transparent about the way they do business.

Lastly, the implications of greater transparency and powerful social networks are making the world a better place. For instance we are seeing the tangible application of cloud computing, a theory that all data is based online and used through a portal to access share the information. Cloud computing is one of the most revolutionary aspects of the internet whereby your entire work experience is solely housed, shared and collaborated with online.

Nucleus research did an evaluation of Salesforce to understand the impacts of cloud computing vs traditional on-premises applications, its findings were substantial. Cloud computing was found to use 91% less energy and the sharing of resources held additional green benefits. The full report can be downloaded here. Can you imagine the impact that this could have across the industry? Definitely something to consider when The Climate Group’s report on the IT industry states it has roughly the same emissions as the aviation industry.

Social Media has also enabled a mouth-piece and voice for organisations and campaigns that deserve to be heard but otherwise wouldn’t have had the capital to communicate their message. This can be seen on a small scale like with the successful social network Project Dirt, which provides a platform for 3,500 people to ‘make environmental change happen’. It is also noticed across international campaigns like UNICEF’s partnership with environmental NGO Do The Green Thing in 190 countries. The core of their campaign, a viral video called Climate Kid uses a 90sec animation explaining how to reduce the impacts of climate change on children, delivered through social media networks.

Social media is breaking down boundaries, both in business and startlingly in politics. The recent uprisings of the Arab world was propagated by social media, Barack Obama came into office in a large part due to his campaigns’ innovative use of social media, and politicians spin doctors are now having a hard time with presenting the ‘truth’.

Charities and NGOS have a huge amount to gain from using social media, they already have the ethical volition, the understanding of accountability and transparency, and a willingness to actually engage with (and more importantly listen to) their stakeholders. Using the power of social media these organisations will be able to consolidate grassroots campaigns and move governments and multinationals to their needs.

The Big Society isn’t about government prescription; it’s about the power of the people and organisations. Those that are using social media effectively as a light to shine within and outwards will be leading the way the world connects, thinks, and acts.