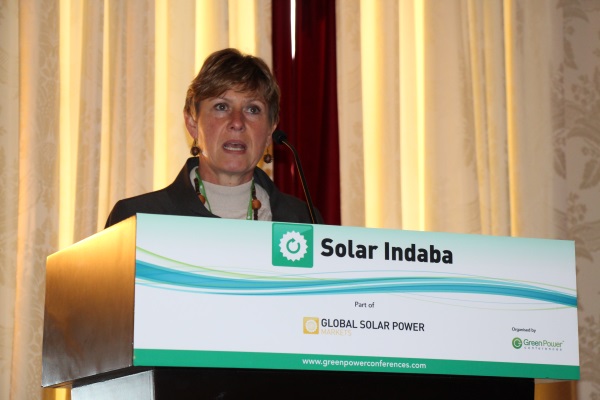 With the rise in demand for sustainable energy, solar power is stepping up to supply. In a country with plentiful sunshine, this seems like an ideal and bottomless resource to tap. Last week the Solar Indaba was hosted by the Mount Nelson hotel in Cape Town, and Green Times attended.

This conference gave 250 director and board level stakeholders the opportunity to enter consultation with the government, Eskom, municipalities and commercial and industrial energy consumers on moving forward to develop South Africa’s solar power on a large scale. Helmut Hertzog from GreenCape elaborated on the topic “Economics of Electricity in the Commercial Sector”.

GreenCape plays a role in growing the green economy in the Western Cape by ensuring that barriers that hinder development are minimized and that the Western Cape is the investment destination for business involved in the African Green Economy. Helmut unpacked the challenge that photovoltaic power (PV, or generation of electricity from the sun) would present both to the government and municipalities in terms of the electricity billing system.

The City of Cape Town was used as an example of a proposed billing structure If citizens are generating their own energy through solar panels, local municipalities will lose a large stream of revenue. Generators who want to use the grid as their storage unit and feed excess electricity back into the grid will have to have a new meter installed and there is a ‘connection fee’ to be paid. 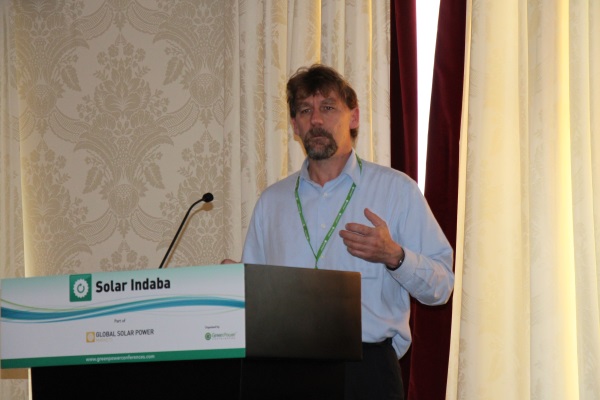 According to Brian Jones, Head of Green Energy with the City of Cape Town, self generating power will force the entire structure of billing electricity to adapt, as the City’s billing is not currently geared towards refunds. If domestic generators sell their excess electricity to the grid, the City will buy it at 52.49c per kWh. As consumers, we pay 101.25c per kWh.

“What is it that influences the finances of investors?” he asked, and expanded on factors that would determine the attractiveness of the investment in photovoltaic power (PV) energy: 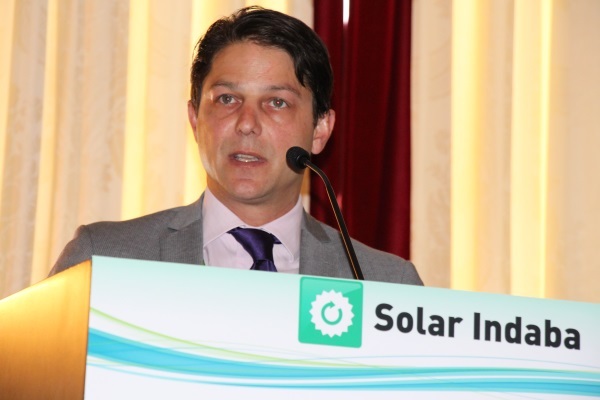 The energy crisis in the country has spurred plans to build a 3rd mega coal power station. Plans for the third power station were approved by the cabinet on 22 August 2013 in order to cater for South Africa’s energy constraints. Construction will commence once the Medupi and Kusile projects are complete in 2018. As responsible citizens, we should be “demanding innovative solutions in the renewable energy field”, said Mark Immerman, director of SolAfrica and Associates.

He underlined why Concentrated Solar Panels (CSP) is an important step forward towards South Africa’s sustainable future in his presentation “The rationale for wider CSP deployment”. It is clear that we need to invest in an energy plan large enough to satisfy our “peak” energy demand in South Africa, he said. CSP is a technology that uses mirrors to reflect and concentrate sunlight onto receivers that collect solar energy and convert it to heat.

This thermal energy can then be used to produce electricity via a steam turbine or heat engine that drives a generator. CSP should cater for the demand with the extensive solar resource we have in our country, as there is a direct relationship between the scale of the project and the energy it will generate.

“Other than the sunshine that the Northern Cape is blessed with, land is also very freely available in terms of size,” Immerman says, referring to the province primed for erection of large CSP plants.

The only hindering factor is that of harnessing the energy, as it is hard to tie it to the grid from the remote areas.

Renewable energy projects do not have to cost the local ecologies where they are built. Chief Director of the Environmental Management System from Department of Environmental Affairs, Dee Fischer, described the process of authorizing these CSP construction projects in her talk “Renewable Energy Development Zones”.

“It is a tedious process that is time, cost, resource and energy intensive,” she said.

Of all applications received, only 1 in 5 CSP plants are developed, and “over 600 applications have been processed to date.” Fischer elaborated on the constraints that hinder smooth sailing.

“There is a lack of integration between departments and a constrictive regulatory framework.”

The large scale projects require patience and long term planning, no less than 7 years. Strategic Integration Projects (SIP) takes into account the population of an area, identify areas with limited services, consider location of resources and water availability among others. These projects will target geographical areas where it is most suited (which will reduce complex environmental authorization), and where it can be supported by, or improve, local infrastructure.

Not costing the local ecology

Through the use of an advanced mapping system, vulnerable environmental areas are identified, assessed and graded according to sensitivity. Lydia Cape-Ducluzeau, Head of Solar Strategic Environmental Assessment from the Council for Scientific and Industrial Research (CSIR), broke down the mapping system in the talk “Phase 1 of the National Strategic Environmental Assessment.” This identifies geographic areas most suitable for Renewable Energy Development Zones (REDZ). 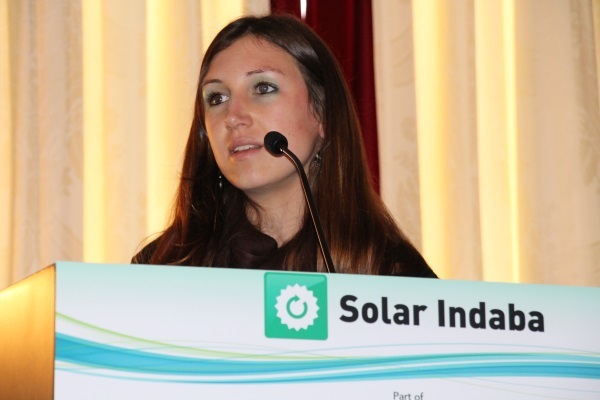 By utilizing this technique it decreases development in crucial ecologies, and streamlines the process of environmental authorization. The viable geographic areas are presented to investors and developers, with potential CSP development areas clearly marked. This map is ‘live’ and is constantly updated to provide the latest information.

The question is not whether the move to large scale sustainable solar panel plants is financially viable. The question is, is it environmentally viable? Currently we are relying heavily on coal power; “77% of our country’s primary energy needs are provided by coal,” according to Eskom.

We have recently hit 400ppm of carbon in our atmosphere, the highest it has been in 3 million years. We cannot ignore the need to shift to a cleaner, sustainable way of generating energy to sustain our lives in South Africa, without costing the planet. We have the opportunity to shift towards sustainable electricity generation, and solar energy is a very feasible option for a bright future in sunny South Africa.