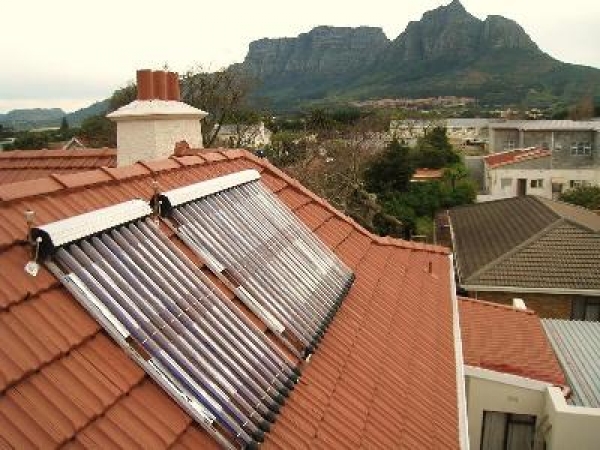 Finding alternative energy solutions is everyone’s dilemma. We are expecting significant black-outs after or even during the World Cup and of course the government’s rebates on solar geysers have become really attractive now. We know this will make a significant difference to our carbon footprints, so what more are we waiting for?

Which type of solar geyser to go for? Confusion still reigns regarding the pros and cons of each type. To help clear up the confusion the Green Times is running a series of stories featuring all the different types of solar geyser installations that we can select from. Here is the first in our series to help us educate ourselves and make informed choices. We kick off with fully evacuated tubes.

Green Power is a dynamic group of environmentally aware entrepreneurs. Formed 4 years ago in the Garden Route, Green Power distributes fully evacuated tube solar systems. Fully evacuated means each tube has a solid vacuum in it – a vacuum is the best insulator of heat, so the heat they make, they retain! Green Power operates throughout the Western Cape and Namibia and are currently doing the ‘Great Trek’ up North and to other parts of South Africa distributing their unique and efficient brand of solar system.

Keep your geyser tucked away

This company sells what they call a ‘split-pumped’ system i.e. the hot water cylinder is ‘split’ from the solar collector and the water is ‘pumped’ through the collector to be heated back into your geyser. The benefit of this is that you can usually keep your hot water cylinder in the same place in the roof as it is now – so no tank on your roof! This is ideal for current and older houses that were designed without solar in mind. Most modern geysers or hot water cylinders can be retrofitted to a Green Power solar collector. The make of the cylinder will determine whether a rebate is possible though.

Here are the geysers they work with:

Their systems can be retrofitted to any high pressure geyser, but to claim the rebate you will need to retrofit them to the 4 geysers indicated above. They probably represent more than 85% of the geyser market in SA. In South Africa it seems that about 75% of all geysers are Kwikot, so there is a good chance that most of the readers will have a Kwikot geyser. 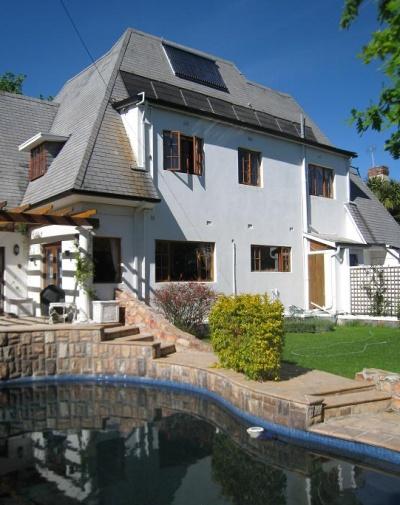 The other way to do solar is what is called ‘thermosiphon,’ which effectively uses the principle of hot water rising and means that the hot water cylinder needs to be higher than the solar collector, either on the roof or inside the roof. Most often there is not enough space inside the roof, hence most cylinders are placed on the roof.

Green Power is also SABS Mark approved and has 2 systems that are Eskom rebated with rebates ranging from R8087 – R8242 for their 150L and 200L systems respectively. SABS mark approved means that the SABS has not only tested their systems but has audited their factory. There are only a handful of solar companies that have the SABS mark approval and many that have just test reports. A test report allows solar companies to offer rebates and are only valid for 18 months, after which they have to apply for the SABS mark.

Green Power has also been around for 4 years, they have made their mistakes and perfected their R&D to come up with a product that is functional and delivers great savings. The fully evacuated tubes they supply are some of the most performant out there and their Eskom rebates bear testimony to how much heat (savings) their systems can produce. Rebates are a factor of a system’s SABS thermal test report i.e. the more heat it can produce within a given level of radiation, the higher the rebate. 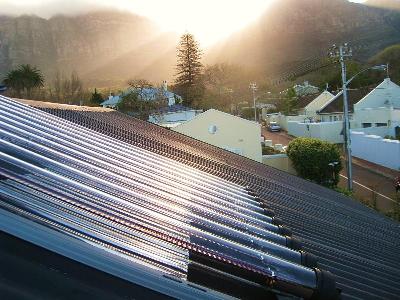 If you are still unsure, check out their frequently asked questions here:

To give you a practical example, Elma had a quote done for a 150 litre new system for a family of 3, which came to R10 000 after the rebate. If their 200 litre Kwikot geyser is approved for the rebate, to retrofit the solar heater keeping the existing geyser would not be more than R6000.

If you want good savings in all weather conditions and don’t want a tank on your roof, why not contact Green Power?