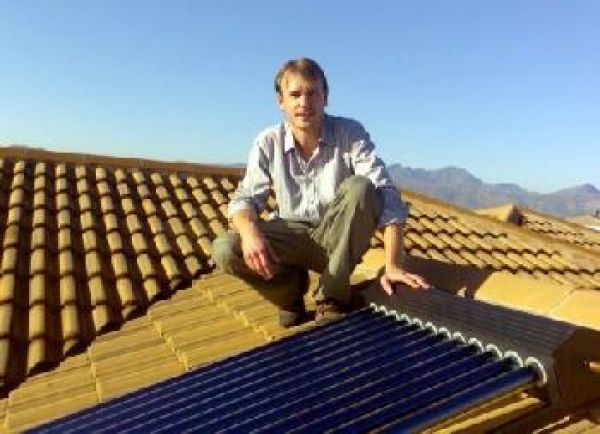 Solar energy is a technology that captures sunlight or solar energy and converts it into heat or thermal energy. Solar thermal is a growing market in South Africa, and the need for energy is expanding dramatically.

In South Africa there has been only a small demand for solar hot water heating. However, the quality of solar radiation in South Africa is well defined and proves, especially in the Northern Cape, to be equal to the most suitable for energy generation in the world. Areas of the Northern Cape have among the highest level of solar radiation in the world, fifth highest to be exact. Eskom is relying on examples of installation on a large scale in other countries. For instance, 50 percent of homes in Greece have solar water heaters. Since water heating is the second largest expense in most homes, solar water heating can be a practical source of renewable energy.

The most important aspect of harnessing this energy is to install solar thermal panels to one’s home or business. It is of urgent need to help current solar panel businessmen and general public to increase their awareness of this valuable form renewable energy. Soltrain [Solar Water Heating Training Initiative in Southern Africa] sponsored by the Austrian Development Agency (ADA) in partnership with AEE Intec, local stakeholders and with CRSES at Stellenbosch University offered three technical training courses for professionals in Skilpadvlei, Stellenbosch.

The workshop consisted of introduction to Solar Heat Worldwide, including an overview on the worldwide developments. These courses are mainly offered for producers, installers and maintainers of SWH in Southern Africa, as they have been identified as one of the major barriers to large-scale implementation. The content of the technical training courses will be the theoretical and practical background on how to design, build and to install and solar thermal systems. The aim of these training courses is to increase the knowledge on solar thermal systems and applications of professionals and other technical staff, which are already working in the field of solar thermal. The course is offered free of charge.