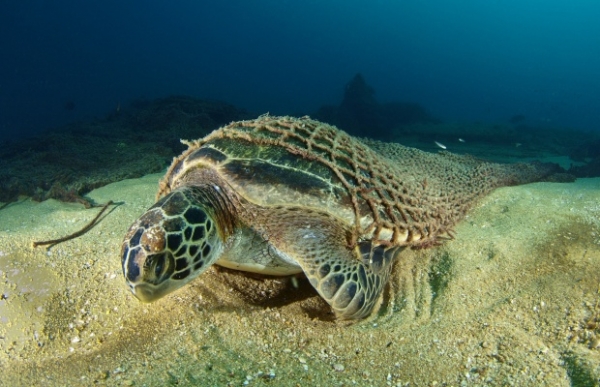 Plastic bags have been found under the dwindling arctic ice. Inaccessible Island’s beaches are covered in plastic, yet it is 3 000 km’s away from the closest source of plastic waste. Considering that we produce about 300 million tons of plastic per year, the bulk of which is not being reused or recycled, these reports are only going to get more shocking.

The aim of the conference, themed ‘African Lessons to Inspire Local Action’ was to bring together “marine debris researchers, natural resource managers, policy makers, industry representatives and the non-governmental community” to discuss the problems being faced, its causes and suggested solutions.

“The marine environment has many challenges. Overfishing, acidification, chemical pollution with the added pollution of marine debris, of which the main product is plastic, is compounding the negative effect that humans have on the environment… Africa must not join the rest of the world using the sea as a dumping area for its waste material,” said the Minister, adding that 80% of marine debris has land-based sources through litter and poor waste management. “We always make our laws based on scientific studies and research, so scientists are an important component for us at political level.”

She pledged her Department’s support to develop and implement effective waste management strategies for a cleaner and safer environment, based on the latest scientific evidence. It is this evidence that was the focal point of the summit.

The consensus is that the bulk of the litter in our oceans is comprised of plastics. Professor Peter Ryan, from the Percy Fitzpatrick Institute at the University of Cape Town, highlighted some of the positives and negatives of ‘the material of the 21st century’. “Plastic in itself is not bad” as it is versatile, cheap (although prices are rising), lightweight and has a long lifespan. Simultaneously, “plastics make good pollutants” as they are widely used, predominantly one-use items and easy to disperse. For example, litter found during research at St. Brandon’s Rock, Mauritius, were made in far-off places like Sri Lanka and Germany.

Packaging: the ‘problem child’ of plastics

According to Douw Steyn, “the plastics problem child is packaging.” One-use items are hugely problematic. Examples of ‘design flaws’ are nipple caps on bottles – little caps on drinks like Energade and Powerade – individual sweet wrappers, straws, plastic ear-buds, etc. These items cover vast areas of land and go unnoticed during beach cleanups due to their size.

People’s perceptions are another stumbling block. Ray Chaplin reported encountering locals in small towns who believe that “wind and rain is their service delivery.” Some Solid Waste Management services are saying that it is their job “to clean the bins, not the dirt around the bins.” 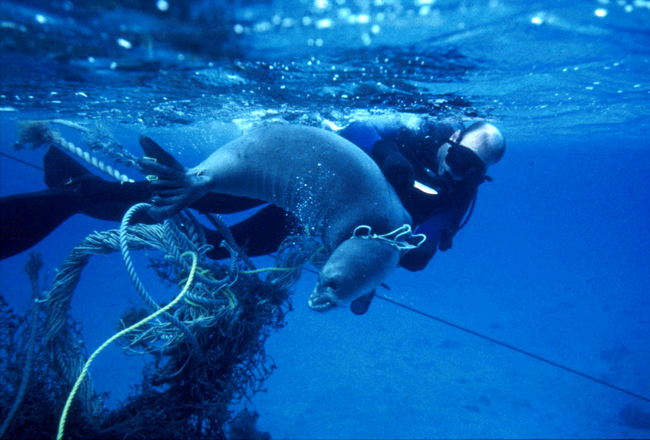 A diver works to free a Hawaiian monk seal, the most endangered seal species in the United States, from marine debris. Image: NOAA

Two types of entanglement at sea were identified. Suffering from acute entanglement lasts from minutes or hours to days. Chronic entanglement sees suffering lasting from months to years.

Animals that are entangled suffer from prohibited movement and growth, the inability to feed, severed limbs leading to death or long healing times if they survive, and strangulation.

Ingestion causes stomach blocks. Dr George Hughes showed pictures of a 4mx3m sheet of plastic removed from the stomach of a leatherback turtle. It also causes internal injuries like perforation of the stomach, reduced appetite due to false satiability, leading to weight loss and prolonged starvation and toxicity due to Persistent Organic Pollutants, which are stuck into plastics “to give it its likeable properties.”

Marine pollution comes back to haunt us

Speakers highlighted some of the many impacts that marine pollution has on our lives:

I felt energised by the passion of the speakers, and by the new knowledge that I had gained, but I also felt saddened by the damage that’s been done and even a little hopeless about what the future holds. If society as a whole were to never produce another ton of waste, how is the earth going to recover from the damage that’s already been done? My spirits were lifted when I saw that the experts came ready to not only discuss the problems, but also the solutions. 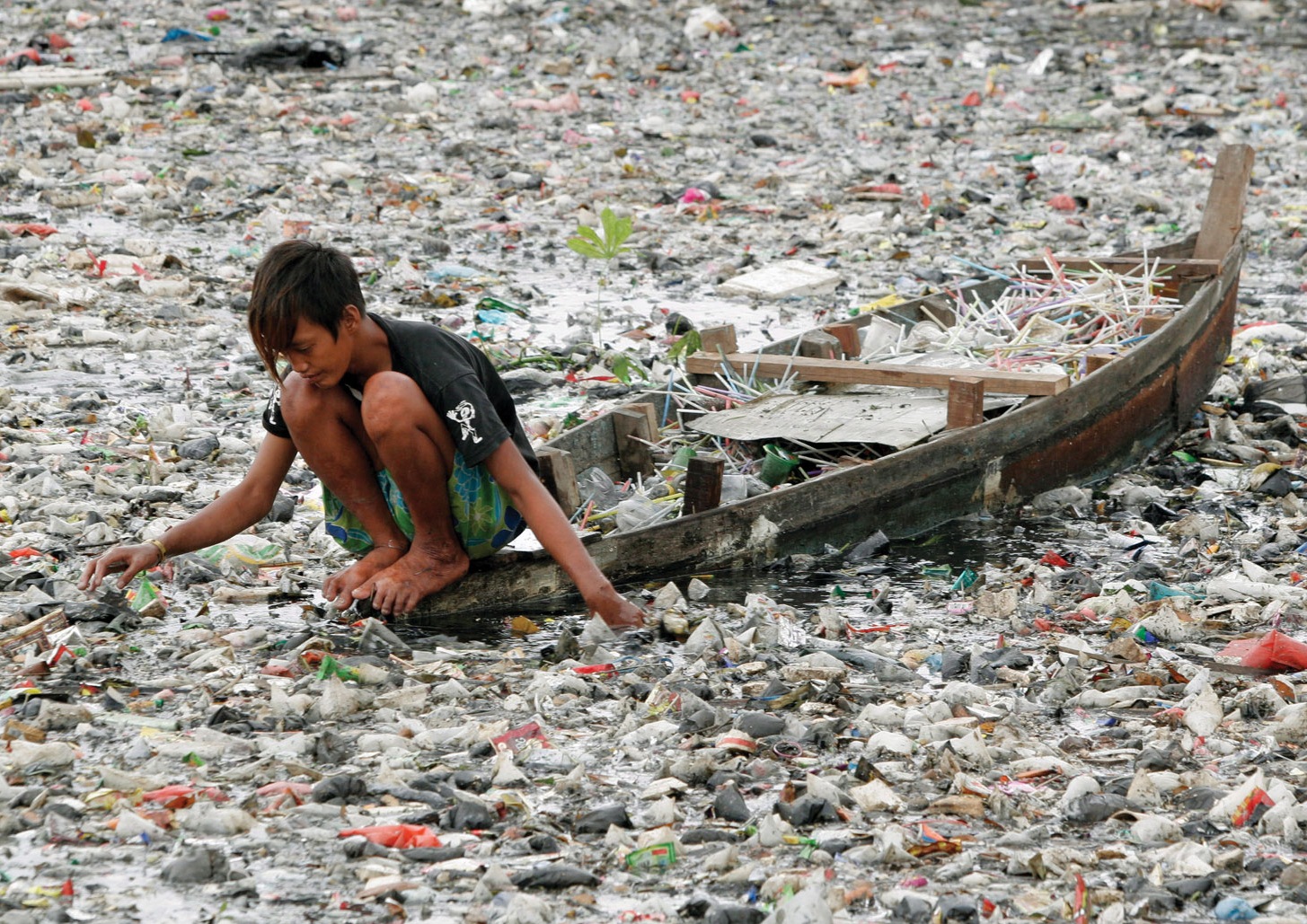 A boy wades through miles of plastic marine debris in his little boat.

Clean-up campaigns currently in place include:

Martin Engelmann of Plastics Europe provided examples of solution-based programs from around the world:

The speakers, who have devoted their knowledge, careers and time to making our oceans a better, healthier, safer place for our marine life, and ultimately for us, shared some memorable insights:

I was so grateful to have attended this event. The examples were shocking, the research informative, and the commitment inspiring. It left me determined to find ways to cut out one-use items like styrofoam containers, paper towels, straws.  Shopping smarter so that I can cut out as much unnecessary packaging as possible. Considering which stores would be open to me using my own containers and who wouldn’t. Can you think of ways in which you can contribute to lessoning the burden of marine debris on our aquatic eco-systems?