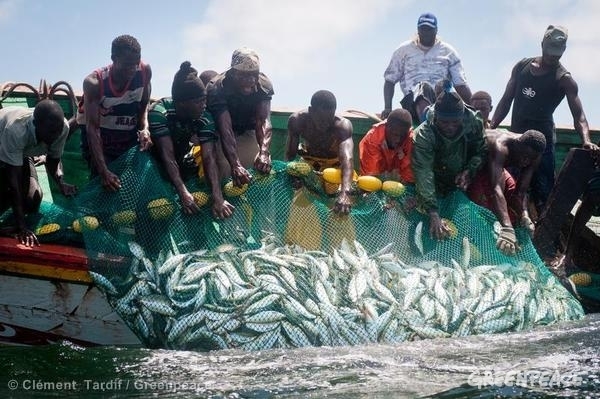 The local fishing community in Thiaroye, Dakar, now really has a reason to dance. Since the new Senegalese government took action to stop overfishing, fisheries in the region are slowly regenerating, and fishermen are returning home with healthier catches, writes Mike Baillie.

Stopping the plunder of Africa’s oceans is not just about the fish – it actually has a lot to do with people too. By ensuring that fish stocks are well managed and regularly given the chance to regenerate, we are safeguarding a very valuable resource that provides jobs, fills empty bellies, and keeps the ocean full of life.

Healthy oceans mean healthy people – something we are seeing first-hand on the ground in Dakar, Senegal.

The West Coast of Africa is home to some of the world’s richest fisheries – a vital source of protein and employment for communities in Senegal, and other countries along the coast. Sadly, as European and Asian waters have been almost completely emptied of fish, so the fleets responsible for that destruction moved down into African waters. 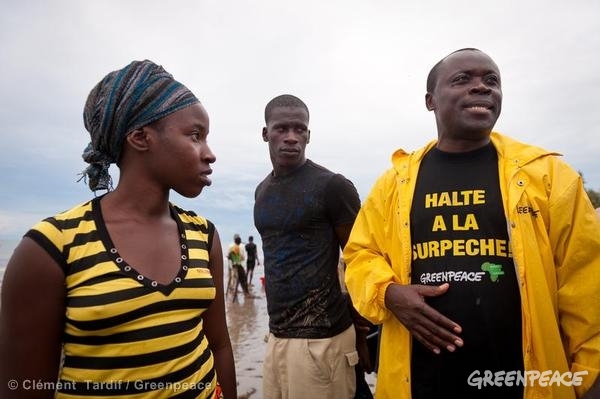 Hauling out massive quantities of fish on a daily basis – many times greater than what local fishermen would catch in a whole year – these foreign fleets began to severely cripple fish stocks. Senegalese fishermen were forced to spend longer out at sea for much smaller catches. But there’s a happy ending. Thanks to effective community mobilization in Senegal, and decisive action from a new Senegalese government, the situation is starting to turn around.

Watch the video clip below to learn more about this happy story: a victory for Senegalese people and Greenpeace’s office in Dakar.