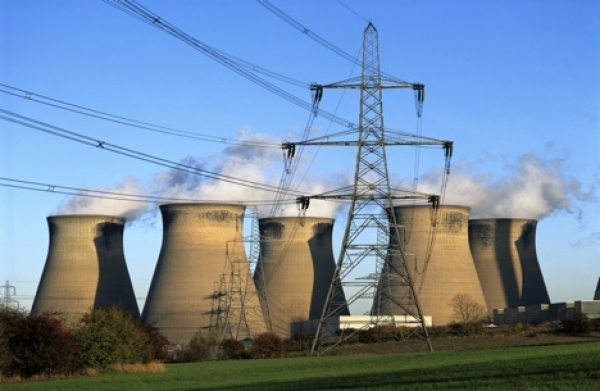 About 77% of the country’s primary energy is provided by coal. Of that, 53% is used for electricity generation and 15 of the utility’s 27 existing and incomplete power stations are coal fired. South Africa’s dependence on fossil fuels is fast depleting our energy sources and is slowly resulting in a substantial depletion.

This harsh reality was proven again this week after Eskom’s chief executive Brian Dames urged South African’s to cut their power consumption by 10% to enable Eskom to carry out maintenance on power stations.

Eskom performs maintenance operations in summer to ensure that its power stations are prepared for peak winter demand.

Earlier this week, the power utility said demand for electricity has gone up as people returned back to work and was peaking at nearly 30,300 megawatts, while it had an available supply of 30,700 megawatts.

“Most power stations are in mid-life and require increased maintenance; however maintenance has been continually shifted in order to ensure we meet demands,” Eskom chief executive Brian Dame was quoted saying.

Dames was speaking at Eskom’s first quarterly update for the year. He said the updates were part of an initiative to be “fully transparent” and proactive in communicating the state of the country’s power system.

“It is like a drought, and everyone is trying to find a way to save water,” Dames said.

Renewable energy seems to be the low-hanging fruit when it comes to developing a green economy and solving the electricity crisis, but Eskom has not yet revealed any of their plans.

Dames said Eskom was using cycle gas turbines and ‘other methods’ to maintain the balance between supply and demand during maintenance.

He also said that Eskom had different methods of achieving its goal, such as introducing a voluntary energy conservation scheme to 250 of its top customers, and the 49M initiative, which aims to encourage South Africa’s 49 million people to save electricity. (Source)

“We are concerned about the security of supply beyond 2018. Investments should already be happening to provide mining capacity for coal we are going to need in the long term because our stations’ lives are 40 to 50 years,” said spokeswoman Hilary Joffe.

Eskom said that unplanned outages had been running at higher levels this month due to boiler tube leaks, poor coal quality at some stations and excessive heat impairing performance at dry-cooled stations. (Source)

The sun can power the whole South Africa

Yet at the recent Solarplaza’s Solar Future South Africa conference, which took place on 25 January 2012 in the Sandton Convention Centre it was confirmed that not nuclear or coal, but the sun could power up the whole of South Africa. So why is South Africa facing an electricity crisis you may ask?

“We think South Africa’s solar power potential is enormous. Apart from a superb radiation output, the country is developing at a relatively fast pace, and has ample space,” explains Edwin Koot, CEO of Solarplaza.
This is an international platform for solar industry stakeholders and renowned for its solar conferences.

After the Sahara and some parts of Australia, South Africa has the most stable and reliable solar radiation output in the world and is blessed with ample space and plenty of solar hours.

“We think that South Africa could generate all of its electricity from the sun,” he added. “That is how big the resource is.”

Eskom maintains that a 10% consumption cut will relieve the pressure.

“We do not want to go back to load-shedding, but we cannot do this alone. We need to save 10% of our current energy demand and remove 3000 megawatts from our demand to ensure that the power system can operate in a stable mode.”