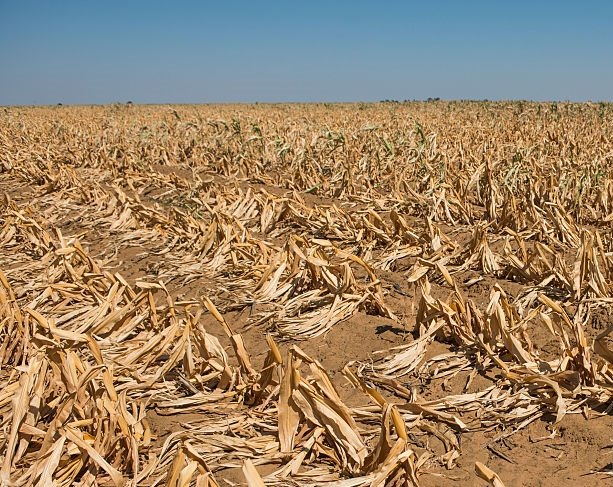 The March contract for white maize added almost 2.6 percent to a new record of 4,781 rand ($307) a tonne while the same contract for the yellow variety climbed 1.8 percent to 3,677 rand a tonne.

Prices for white maize, the staple crop that provides much of the caloric intake for South Africa’s lower-income households, more than doubled in 2015 while those for yellow maize, used for animal feed, rose around 70 percent last year.

Past optimal planting times in Free State and North West

“We are past optimal planting times in much of the Free State province and North West. The guys cannot plant because it is too dry,” said one local maize trader, referring to the key growing areas in the western part of the maize belt.

“Even the crops that have been planted are suffering in this heat,” he added.

The searing drought has been exacerbated by an El Nino weather system, a warming of ocean surface temperatures in the eastern and central Pacific that occurs every few years with global consequences.

And it follows a bad harvest last season when dry conditions shrivelled the maize crop by a third to 9.94 million tonnes, the lowest since 2007.

South African white maize prices more than doubled in 2015 to record highs on mounting concerns about a scorching drought, which has been exacerbated by an El Nino weather pattern.

South Africa’s central bank, which is in a tightening cycle, has frequently expressed concern about the impact of the drought and food price pressures on inflation in Africa’s most advanced economy. White maize is the staple crop that provides much of the caloric intake for the country’s lower-income households.

The March contract climbed around 114 percent to end the year at a record 4,661 rand ($298) a tonne, according to Thomson Reuters’ data. Prices for yellow maize, used mostly for animal feed, have also scaled records.

The March contract for yellow maize ended the year almost 70 percent higher at a record 3,690 rand a tonne.

Drought conditions are likely to persist for the rest of the southern hemisphere summer, the national weather service said earlier in December.