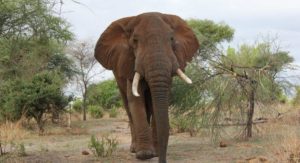 The South African government, together with those of the DRC, Namibia and Zimbabwe, is proposing measures which, if enacted, could open the door to the international trade in elephant ivory, rhino horn and other endangered species.

In a submission to the eighteenth conference of the parties (CoP18) to CITES (the Convention on International Trade in Endangered Species of Wild Fauna and Flora) to be held in Switzerland later this month, the countries argue for a major overhaul in the way in which the organisation operates.

They believe that they should be allowed to sell threatened species of wildlife anywhere in the world in the same way that mineral resources and mass-produced plastic trinkets are traded on global commercial markets.

The changes to CITES they are asking for would pave the way for southern African countries to legally sell stockpiled ivory and rhino horn, which would put immense pressure on wild animal species already under severe threat of long-term extinction.