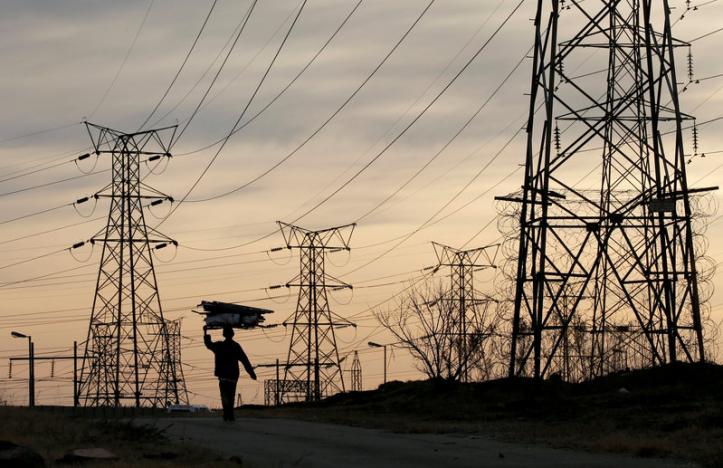 A woman carries fire wood on her head as she walks below state power utility Eskom’s elecricity pylons in Soweto. Image: Reuters/Siphiwe Sibeko

South Africa’s government has slowed its nuclear power expansion plans, according to a draft energy paper, although state energy utility Eskom said the country should stick to its original plan of bringing a new plant online by 2025.

South Africa has the continent’s only nuclear power station and is seeking to expand its nuclear, wind, solar and coal power capacity in the coming decades as electricity output barely meets demand.

A draft blueprint of the government’s Integrated Resource Plan (IRP) said it now aimed to increase nuclear power output by just 1,359 megawatts (MW) by 2037, compared with a previous target of adding 9,600 MW of new nuclear power by 2030.

The government cited additional generation capacity, lower demand forecasts and changes in technology costs among the reasons for scaling-back. 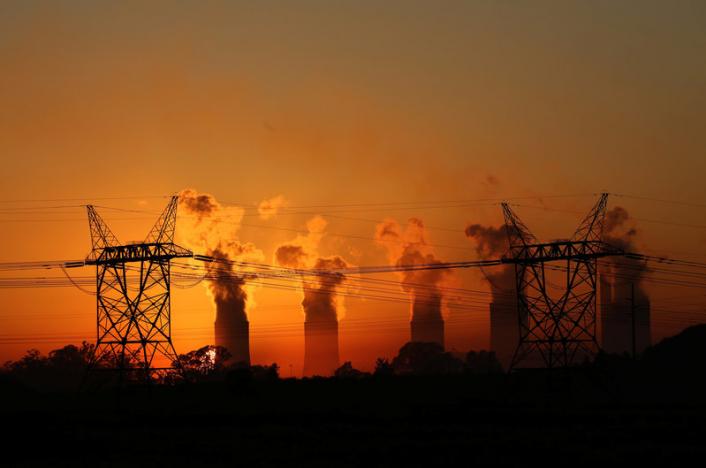 Eskom [ESCJ.UL], which will procure, own and operate new nuclear plants, said it will still request proposals this year from companies looking to build plants given long lead times of around a decade when building reactors.

Energy analysts have said the 9,600 MW plan was ambitious on timescale and unnecessary, while opponents of President Jacob Zuma raised concerns about a lack of transparency in deals which could cost in the region of $80 billion.

Several meetings between Zuma and Russian President Vladimir Putin over the last two years led to speculation that Russian state-run nuclear firm Rosatom had secured the deal before the launch of the public tender. South Africa’s government and Rosatom denied this.

“If I was an investor or project developer in the nuclear space, I would not pick up a pen before the IRP is finalised next year to submit any request for proposals, specifically considering the dark cloud hanging over the nuclear program with alleged corrupt relationships,” said Johan Muller, program manager for energy and environment at Frost & Sullivan consultancy.

The previous head of Eskom, Brian Molefe resigned after being implicated in a report by the anti-graft watchdog on allegations of influence peddling that has tarnished state-owned companies as well as Zuma himself.