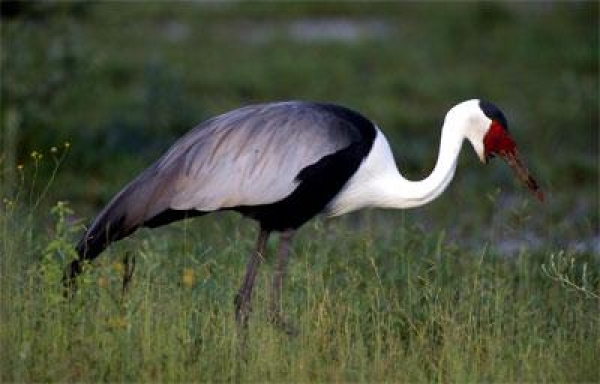 Of the 9 856 bird species on Earth, 1 226 are listed as Critically Endangered, Endangered or Vulnerable. Forty of these occur in South Africa and of these 20 are endemic. Although extinction is a natural phenomenon, species are now disappearing from our planet at an alarming rate, and studies have shown that this is mostly driven by human activities.

The International Union for the Conservation of Nature (IUCN) Red List of Threatened Species ranks plants and animals according to threat levels and risk of extinction, thus providing an indication of biodiversity loss. This has become a key tool used by scientists and conservationists to determine which species are most urgently in need of conservation attention, both on a regional and global scale, thus guiding the work of governmental conservation departments and environmental NGOs.

In South Africa, a number of birds are listed on the IUCN Red List, with several heading for extinction should some of the threats continue and should the NGOs who are implementing conservation action halt their important work.

The Wattled Crane (Bugeranus carunculatus) is the most severely threatened crane on the African continent. Recent surveys in Botswana, Mozambique, Tanzania and Zambia, countries long thought to be strongholds for the Wattled Crane, show that the global population is only half of what has been reported in recent years. Some of the greatest losses have occurred in South Africa, where a 38% decline between 1980 and 2000 left the national population Critically Endangered.

Only about 250 individuals remain in South Africa, mostly concentrated in isolated pockets of the KwaZulu-Natal midlands. Kerryn Morrison of the Endangered Wildlife Trust’s African Crane Conservation Programme says, ‘Genetic diversity studies indicate that this sub-population is genetically different from populations in other regions of Africa, making Wattled Crane conservation urgent in South Africa.’

The programme works with local communities to protect the wetland habitat of this species. Through this work both the cranes and the communities benefit, as wetlands provide resources and services to these communities in the form of clean drinking water, reeds for crafts, medicinal plants and fertile land in which to grow crops. 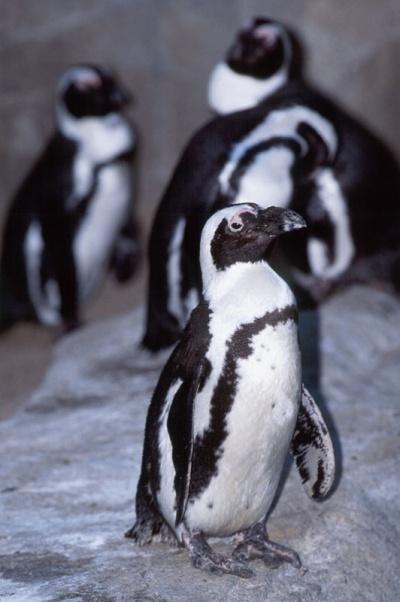 The African Penguin (Spheniscus demersus) was uplisted to Endangered on the IUCN Red List earlier this year. The population has declined by 60.5% in the past 28 years, primarily due to food shortages linked to commercial fishing and recent, large-scale changes in fish distributions. The impacts of predation and competition (especially with Cape Fur Seals) is an increasing problem as penguin colonies shrink. Catastrophic oil pollution events remain a big potential threat, while chronic oiling and toxic pollutants in the oceans are increasingly problematic for African Penguins.

The impacts of climate change are unknown but are a concern. Venessa Strauss, CEO of SANCCOB says, ‘We administer the African Penguin Chick Bolstering project and together with international and local conservation partners we aim to increase the African penguin population by bolstering existing colonies through the artificial rearing of orphaned and abandoned wild chicks. The long-term goal of this project is to collect valuable information that will inform descision makers regarding the possibility of establishing new penguin colonies.’

In conjunction with this, the Department of Agriculture, Forestry and Fisheries (DAFF) is investigating competition with fishing. BirdLife South Africa is supporting several research programmes towards improving our understanding of the impacts of fishing on African Penguin breeding. 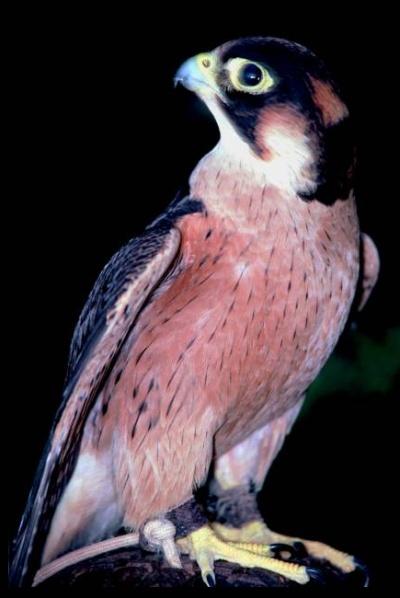 Another charismatic bird in urgent need of conservation attention is the Taita Falcon (Falco taita). This species is threatened primarily by habitat loss and fragmentation.

‘The usurpation of the Taita Falcon’s range and nesting sites by species such as the Lanner Falcon can be directly related to habitat change and the fact that the population is very fragmented,’ says André Botha, Manager of the Endangered Wildlife Trust’s Birds of Prey Program.

This Program is monitoring Taita Falcon populations in South Africa and raising awareness around its plight. The species is not currently listed in the Eskom Red Data Book of Birds, but internationally it is listed as Near Threatened.

However, South African raptor conservationists will be recommending an Endangered listing for the species when the Red Data Book is revised next year, as the national population numbers no more than 25 adult individuals. 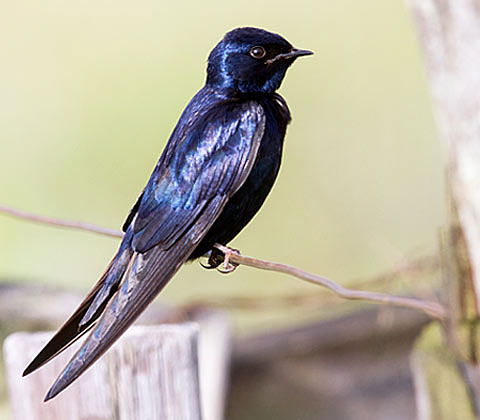 In South Africa (KwaZulu-Natal, Mpumalanga and Limpopo Province), their numbers have declined by more than 80% over the last 100 years, mostly as a result of habitat destruction caused by afforestation. The Endangered Wildlife Trust’s Ian Little, Manager of the Threatened Grassland Species Programme, says, ‘They occur in very few formally protected areas with the bulk of the population occurring on privately owned land. Our strategy will in future focus on identifying and addressing key threats to the species, based on monitoring data collected over the years.’ 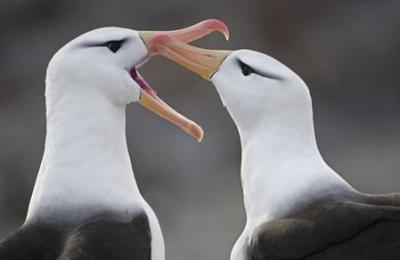 Eighteen of the 22 albatross species occurring worldwide are threatened with some level of extinction. For long-lived, slow-breeding birds like the albatrosses, even apparently slow population declines can have alarming consequences over time.

‘Each year about 1 billion long line hooks are set, which catch and drown 300 000 seabirds, of which 100 000 are albatrosses. But we have achieved some impressive conservation gains for albatrosses. South Africa’s fisheries lead the world in implementing seabird bycatch mitigation measures.’

Recent South African species uplistings include the Grey Crowned Crane (balearica regulorum) and Black Crowned Crane (balearica pavonina), uplisted to Vulnerable, the African Penguin from Vulnerable to Endangered and the Southern Ground Hornbill (bucorvus leadbeateri) upgraded from Vulnerable to Endangered. Only one species was downlisted, the Corn Crake, from Near Threatened to Least Concern.

For meaningful reductions in biodiversity loss to be realised, the Convention on Biological Diversity‘s targets must be strengthened. While the 2010 target to ‘significantly reduce the rate of biodiversity loss’ has not been met, this must serve as a driver for even stronger targets and more urgent action to reduce net biodiversity loss.

Mainstreaming biodiversity is key, and to this end biodiversity values must be incorporated into national accounting.