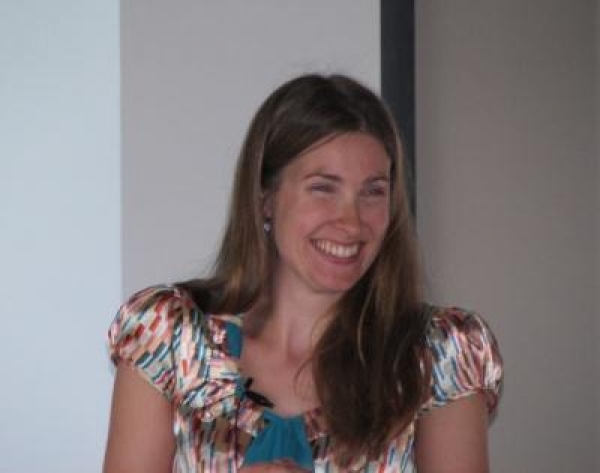 Businesses are moving towards greener initiatives. Not only are people starting to choose more environmentally friendly options, but our earth is demanding it. Green Times attended a consumer awareness workshop hosted by the Marine Stewardship Council at Intakaisland, where the effects of South African consumers’ changing needs were discussed.

‘South Africa is one of the 20 largest contributors of global greenhouse gas emissions. Forty nine companies have already signed up to reduce their carbon footprint.’

‘It is predicted that there will be 7.9 billion people on earth by 2025. Already 1.2 billion people are living on less than one US Dollar per day. At South Africa’s top universities only 7% of students were found to be proficient in mathematics. By 2025 South Africa will have lost 11% of its workforce to HIV. Where will we be in 2050?’

‘Businesses should not be reluctant to become sustainable; they should see it as an opportunity and a responsibility. They have to recognise globalisation, the fragility of natural resources and the importance of climate change.’

O’Connell said the problem in South Africa is that sustainability is seen as something for the rich.

‘We need a message beyond the 10% that can afford it. Poor people also need good quality because they don’t have money to waste. They will use that very last tomato. Technically they are our discerning customers.’

‘Tourism outlets should be using sustainable products as much as possible. But if you claim to be sustainable, you should be able to provide evidence.’

According to Van der Watt, clients can take you to the Advertising Standards Authority if you can’t prove you are sustainable when you claim to.

Responsible tourism operations have increased rapidly since the late 90s. The lowest progress has been made in the eco travel and transport area, which has risen from 175 million in 1999 to 2, 748 million in 2009. According to the 2001 Tearfund Survey, 65% of tourists wanted to know how to behave more responsible when travelling.

‘It would be ideal if our minibus drivers or hotel workers could inform tourists on these kinds of things.’

The survey says that 59% of tourists are willing to pay more for a holiday if the proceeds go to the conservation of local environments, good wages or conditions for workers or to local charities.

‘International communities expect hotel brands in South Africa to have sustainable policies and advertise it. Our major markets are Britain and Germany.’

‘The South African government has been slow to promote South Africa as a destination for sustainable tourism. There are events like the Imvelo awards for green tourism companies and the Tourism Indaba that slowly but surely promotes this movement,’ says Van Der Watt.

‘From a consumer perspective, quality means the ability to satisfy their needs,’ says Hester Vermeulen, a representative of the Bureau for Food and Agricultural Policy.

For her PhD in food science at the University of Pretoria, Vermeulen researches the factors considered when consumers buy meat and vegetables (fresh food).

A questionnaire of 20 pages was given to a sample of people to complete, asking questions such as why they buy a product, where, and why there. The conclusion Vermeulen and her team came to, was that the least important factors to South African consumers is whether the food is free range or animal friendly!

‘The top four important factors are freshness, price, expiration date and appearance. Even sophisticated consumers will not compromise on these factors, but things like organic contents or traceability will be higher up on their priority list,’ says Vermeulen.

The survey listed the following priorities for consumers in fresh beef steak, chicken and tomatoes:

When it comes to buying alternative products, consumers will first consider what is good for the environment, and then if it’s natural and organic, then animal welfare, origin and finally traceability.

South African consumers are mostly self-centred, they do not make decisions based on the notion of ‘greater good.’ Vermeulen believes that of the 17% that are environmentally aware, only a few actually make the link between food and the environment.

Thereâ’s a low trust in labels in South Africa: 43% trust that a product labelled organic is really organic.

‘We asked consumers who they trust to tell them about quality foods. In Gauteng people trust the South African Bureau of Standards (SABS). In the Western Cape, funnily enough, they trust the government.’

‘There is also a low level of understanding of logos and labels among consumers. The SABS and the Heart Mark are understood best. In Gauteng, consumers prefer to get their food information from magazines, newspapers and advertisements. In the Western Cape they trust flyers, word of mouth and food labels.’

‘What is an eco-label?’ asked Michael Marriot of the Marine Stewardship Council.

‘It is the measurement against a standard. Effective labelling should be robust, recognised and trusted, accessible and achievable and based on a real need.’

‘Fishing definitely has a need because the demand is still rising and the resources are crashing. 80% of the ocean has been fished to its maximum consumption capacity. This has a direct and indirect impact on the collapsing ecosystem. But how do you control a global product?’

Overfishing is the biggest environmental challenge after climate change.

More than a billion people depend on fish for their sole source of protein. The Grand Banks cod fishery collapsed in the early 90s. Those fish have never come back.

The Marine Stewardship Council started in 1997 as an NGO to create sustainable seafood markets. They aim to give recognition to sustainable fisheries, since ISEAL is the only standard that is recognised and a very tricky standard to obtain. 1600 companies are MSC certified and have made formal commitments to being sustainable.Walmart and Carrefour are the two biggest MSC certified companies.

In South Africa I&J, Sea Harvest and Woolworths are certified. 9000 products worldwide carry the MSC logo, and they are mostly frozen hake, canned mackerel or salmon.

‘The Shoreline Café at the Two Oceans Aquarium plans to be the first MSC certified restaurant. We need to grow our consumer outreach,’ says Marriot.

‘The sustainable seafood movement came into being following a realisation that the human demand for seafood has an impact on the viability of marine life.’

Many projects in South Africa intend to create awareness around sustainable seafood. In 1996 the Marine Stewardship Council was formed. In 2006 Walmart started cooperating with MSC. In the same year SASSI, which was launched in 2004, brought out the first sustainable seafood pocket book in South Africa. In 2009 the Aquaculture Stewardship Council was launched, which focuses mainly on farmed marine species.

‘The release of the film The End of the Line, made a great contribution to creating sustainability consumers,’ Purves says.

The film had a PR value of 4 million pounds. According to the film, 92% of Brits were unaware some fish are close to extinction. Waitrose, a retailer that sponsored the movie, reported that their fish sales went up after the release. They have been investing more in communication, staff awareness and motivation after the movie’s release.

Another great consumer educator is The Good Catch Manual, working on the simple principle of encouraging consumers to ask questions.

‘The Good Catch Manual encourages people to be willing to pay more for better. If consumers are aware, they should be able to vote for the most sustainable retailer with their wallets.’

According to Purves 69% of people want irresponsible companies exposed in the media.

Purves refers to popular strategies used to reach consumers such as positive buying (favouring ethical products), avoiding negative purchasing (abstaining from buying products such as battery eggs), company-based approach (targeting business as a whole such as Nestle) and a fully screened approach which combines these strategies.’MSC wants to promote better choices, rather than using guilt as a motivator for change.’

‘Kids (especially from inner cities) may be forgiven for thinking vegetables grow on supermarket shelves. Compared to 50 years ago our lives have become a lot more divorced from our food and other products we consume,â€ says Georgina Combes, Senior Consultantat Incite Sustainability.

A century ago we would have known where, when, how and who produced what we consume and wear, but now we have to rely on what we are told. ‘Our guess is as good as the label, trust-mark or certification. Companies are under pressure to be honest and transparent about performance in their supply chain,’ she says.

Instead of being of help to the consumer, eco-labels can be confusing.

‘Sometimes they are a nightmare for manufacturers trying to comply with the fine print, so they often just give up. Eco-labels should drive behaviour change by increasing awareness and changing social norms and expectations associated with a product.’

Therefore eco-labels should be trustworthy.

‘More than two thirds of the world don’t know how to tell if the claims of a green product are true or not. They think green companies pretend to be green just to charge higher prices.’

The eco-label model needs to evolve to win consumers’ trust. Claims on a label must be credible and not misleading.

‘It is an effective way of communicating what your company has done. But green concepts and language are relatively new and require clarity by using a language that works.’

Combes adds: ‘To communicate effectively about climate change, it is critical to know how people understand it.’

Our experience has taught that people don’t trust labels as they don’t know how they work. I have found that simple ignorance is our biggest enemy in the environmental world. So next time we will feature a story to clarify how labels work and why they should be trusted.