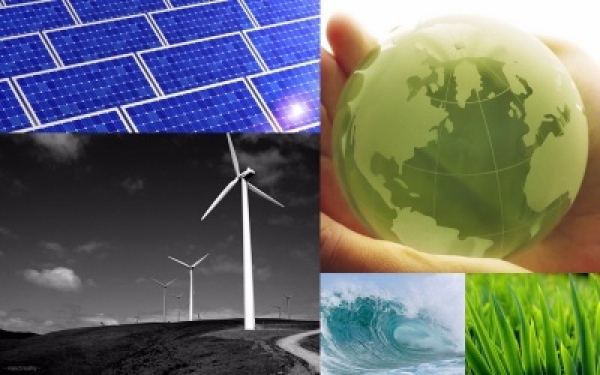 The South African government has given strong signals that the country’s energy intensity is no longer sustainable and has started to outline its low-carbon-economy vision.

To be sure, the move has as much to do with the prevailing electricity imbalances as it does with any international trends or pressures relating to climate change, or aspirations to exploit the so-called ‘green job’ possibilities. In other words, the programme is, arguably, a policy attempt at making virtue of necessity.

That said, the Department of Trade and Industry (DTI) has taken a serious first step towards the systematic promotion of green and energy efficient goods and service, with the release of the second version of the Industrial Policy Action Plan (Ipap2), which outlines the direction in which the department wishes to push South Africa’s industrial capabilities.

Increasing energy costs pose a major threat to manufacturing and render our historical capital- and energy-intensive resource-processing-based industrial path unviable in the future, notes the DTI. However, this is not viewed as entirely bad news, as the department also recognises that there are significant opportunities to develop new ‘green’ and energy efficient industries and related services.

Trade and Industry Minister Rob Davies explains that, through the Ipap2, government intends to develop proposals to enhance access to concessional industrial financing for investment in Ipap priorities and other productive sectors on terms comparable to those of our major trading partners.

Science and Technology Minister Naledi Pandor has also noted that government’s economic sectors and employment cluster, which has been mandated to grow the economy and create jobs, will finalise a ‘green economy’ plan and present it to Cabinet by July 2010.

Green jobs will grow both directly and indirectly in the transport, energy, building, manufacturing, agriculture and forestry sectors.

‘There will be employment in the manufacture, installation and operation of clean energy for people like wind turbine engineers, insulation installers, recycling sorters and photovoltaic cell salespeople,’ says Pandor.

Government is reportedly already supporting clean energy research at universities, as well as investing in an electric car, and will soon launch the prototype of an ebike.

A recent report by international research organisation the Global Climate Network on the job potential of low-carbon technologies indicates that, directly, some 36 400 jobs and, indirectly, 109 100 jobs could be created in the renewable-energy sector in South Africa by 2020.

Deloitte tax director Duane Newman says that the firm expects to see the emergence of government grants to incentivise business moves towards a low-carbon economy in South Africa.

The first cluster of key sectors identified in the 2010/11 to 2012/13 Ipap2 comprises ‘qualitatively new areas of focus,’ and this is where the green and energy-saving industries are found, and, along with that sector, metal fabrication, capital and transport equipment and agro-processing also feature.

‘It’s a good start,’ says Mainstream Renewable Power South Africa director Davin Chown of the green focus of Ipap2, ‘but we need something really bold and progressive, given the resource base we have.’

‘This is a first step in the right direction, but we need something that shows more confidence in the renewable-energy sector,’ he tells Engineering News.

Ipap2 highlights that, in 2007/8, the global market value of the low-carbon green sector was estimated at some $5-trillion, and this figure is expected to rise in light of climate change imperatives.

‘Increasing concerns [about] carbon emissions and climate change will have a profound impact on our economic landscape, introducing both threats and opportunities,’ cautions the department. The DTI also touches on the emergence of what is being called ‘eco-protectionism,’ coming from advanced industrial countries in the form of tariff and non-tariff measures such as carbon taxes and restrictive standards.

The most attention, under the green and energy-saving industries section of Ipap2, was given to solar water heating, and the DTI notes the Department of Energy’s (DoE’s) commitment to installing one-million solar water heaters (SWHs) by 2014, increasing this goal to 5,6-million SWHs by 2020.

This initial commitment will be funded through a mechanism that is currently being developed by the DoE, and is expected to draw on electricity tariffs and funds, such as the World Bank’s Clean Technology Fund (CTF).

The prospect of sustainable demand was expected to attract entrepreneurs to invest in domestic supply capacity. The international market, and particularly the African market, should be seen as a source of long-run demand that will outlast any short-term mass roll-out strategy, emphasizes the department.

The Key Action Programme for solar water heating was the roll-out of a national SWH programme and manufacturing and installation capacity, through a phased approach to SWH production to increase the local market size and allow long enough lead times for manufacturers to upscale.

The DTI’s SWH milestones are:

Sustainable Energy Society of South Africa SWH division head Dylan Tudor-Jones welcomes the initiatives and looks forward to cooperating with authorities with relevant inputs where needed. With regard to increasing manufacturing capability, Tudor-Jones warns against premature investment until the demand has been created to justify significant investment, but adds that once the demand is visible, he is ‘fully behind’ incentives to increase manufacturing capability.

The programme hopes to increase SWH installation from 35 000 to 250 000 units a year over the next three years, and to increase manufacturing from 20 000 to 200 000 units a year. The DTI also recognises that poor-quality products could give the entire industry a bad name, thus the requirement for clear standards for the industry, and the need to unblock the South African Bureau of Standards (SABS) testing bottlenecks is vital.

Concentrating solar thermal (CST) power is viewed as ‘the most promising renewable energy generation option in South Africa’ and, therefore, should receive priority support, even though wind and biomass should also be explored and developed, says the DTI.

The department notes that the IDC is currently investing in a CST demonstration plant, near Upington, in the Northern Cape, which aims to leverage the renewable-energy feed-in-tariff. This requires that Eskom expedite its Power Purchase Agreement. The successful demonstration of the viability of the pilot plant will contribute to a broader roll-out of this technology and associated manufacturing opportunities. As CST is a new technology in South Africa, it requires demonstration of commercial viability and broader economic linkages.

In its most recent tariff increase application, State-owned utility Eskom said that it was in advanced discussion with the World Bank to secure a $3,7-billion loan for its capital programmes, including $500-million for a CST project, which would also draw on funds from the CTF extended to South Africa by the World Bank.

Eskom and the IDC

‘Eskom and [the IDC] have been engaging to find mutually beneficial areas of cooperation, and the solar project is one of a number of possibilities. Our forecast is that there will still be a funding gap after the World Bank funding, and the IDC will be well positioned to close that funding gap,’ IDC head of Public Private Partnerships Lindi Toyi tells Engineering News.

With regard to wind technologies, biomass and waste management, Ipap2 merely notes that further work will be done to unpack the potential of these sectors. The DTI expects wind energy generation, biomass and recycling strategies and action plans to have been developed by the fourth quarter of the current financial year.

‘From a wind point of view, it is very disappointing, because we have substantive evidence that there is a very strong wind resource sufficient for a large-scale industry,’ adds Chown.

The DTI states that an industrial energy efficiency programme will be developed by the fourth quarter of the current financial year, including consideration of more attractive financing models and the scaling up of the National Cleaner Production Centre. This will counteract higher energy prices and lower emissions targets, and create new goods and services.

The major outcomes will be more attractive financing options for the introduction of industrial energy efficiency improvements. A particular area that has been high- lighted as having the potential for significant increases in energy efficiency is the adjustment or replacement of industrial motors. This already falls under Eskom’s demand-side management programme.

Although much attention has been given to energy efficiency after the power crisis caused electricity blackouts in 2008, South Africa is also a water-scarce country, an issue that has also been receiving more attention of late.

Thus, the strengthening of standards related to water efficiency in building and industrial applications has been included in Ipap. This could also lead to industrial and service opportunities, such as the manufacturing and installation of rainwater collection tanks, notes the DTI.

The DTI notes that the automotive sector will be ‘profoundly affected’ by the long-term shift from the internal combustion engine to cleaner technologies, such as electric vehicles. By the end of December 2010, the DTI wants approval of investment support measures in place for the manufacture of the electric vehicle and components, as well as the development of a government position on the purchasing, demand stimulation and infrastructure for charging, testing facilities and public education regarding electric vehicles.

Roll-out of public education on electric vehicles is expected by the end of June 2011, while commissioning of the plant will take place in the second quarter. Development of testing facilities is expected by the third quarter, and start of plant construction in the fourth quarter. By the end of the March 2014 financial year, production of the electric vehicle will start.

The DTI further states that an estimated 160 000 direct jobs will be created in the electric vehicle industry in the next ten years, while investment levels exceeding R20-billion are expected in the next four years, with a further R3-billion a year for the following six years. Greater localisation of componentry will also lead to an improvement in the trade balance.

‘The general sentiment is positive,’ says World Wide Fund for Nature living planet unit head Saliem Fakir of the green points of Ipap2. ‘However, the proof of the pudding is in the detail of how this will unfold. The industrial leg is very dependent on the demand, or push factors, that are driven through the energy complex,’ he adds.

None of the green energy benefits, from an industrial point of view, will materialise without the energy complex, particularly the electricity sector driving demand and supply. The crucial issue is scale. Ipap2 needs to identify the scale that is necessary to catalyse investment, or justify investment of scale in the creation of industrial value chains, notes Fakir.

The DTI does note that industrial policy and Ipap2 form part of a larger set of interrelated policies and strategies to generate a new labour-intensive and value-adding growth path. Thus the need for a process led by the Economic Development Department (which sits at provincial level) for stronger articulation and integration of a fuller range of policies to ensure coherence among them, notes the DTI.

Fakir states that many government programmes will have to be coordinated for the effects to translate into the creation of a new industrial base around the green sector. A scale of demand in renewables and energy efficiency is critical in creating private-sector interest in the development of an industrial or manufacturing base.

For instance, around wind, there probably needs to be a demand for between 2 GW and 3 GW of power to incentivise investment from original-equipment manufacturers. And South Africa’s demand will enable an industrial base that can supply the region, notes Fakir.