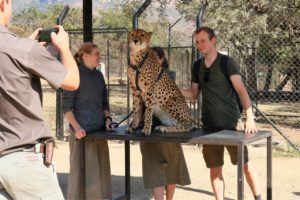 South Africa is well-known for its intensive captive lion breeding industry, but its captive cheetah breeding side has never received the same exposure. As with lions, captive bred cheetah cubs are taken away from their mothers within days of birth to be hand-reared, which starts the habituating process.

They are then used for petting, walking with cheetahs, and as photo props from a few weeks old until fully grown adults, who then receive the status of “ambassador species”.

Cheetahs are smaller than lions and hence interaction with adult cheetahs is considered less dangerous. Nevertheless, about one quarter of all reported attacks in captivity in the last 10 years involved cheetahs. 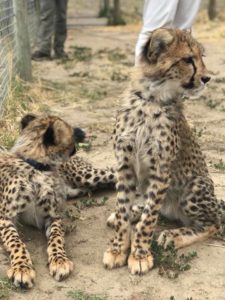 We can only make an educated guess on the number of cheetahs in captivity in South Africa, which are estimated to be 600 – 1,000 cheetahs in 80 breeding and tourism facilities. Hoedspruit Endangered Species Centre alone houses nearly 100 cheetahs, by their own admission.

Many of these facilities breed under the guise of conservation with promises of reintroduction into the wild and for the preservation of genetic material. Conservation supported reintroductions into the meta-population are only a handful per year.

So where do these cheetahs go? South Africa is the top exporter of cheetahs in the world – dead or alive, wild or captive bred. Many of these animals are legally exported under CITES with the majority exported for lifelong imprisonment in zoos. According to the Carte Blanche feature on 17 May, live cheetahs are sold for around ZAR 275,000. 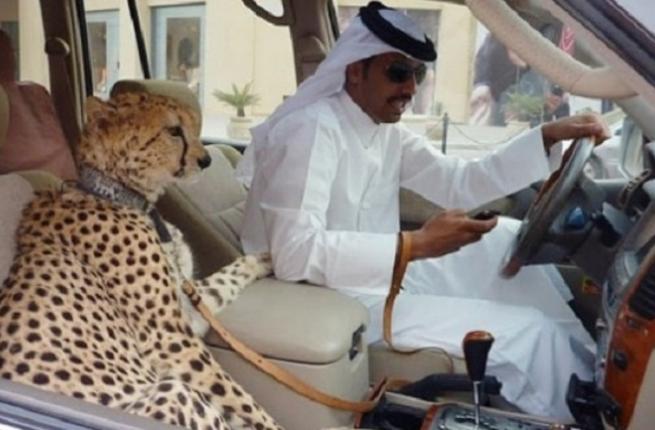 This trend is extremely worrying, as the suffering both on the breeding side of the trade in South Africa and once exported is unimaginable. We know for example that the “pay-to-play” industry in zoos in the States is huge. Despite the fact that private ownership of exotic pets in the UAE was outlawed in 2017, many cheetahs are still bought as a status symbol. What happens to these poor animals in China is anybody’s guess.