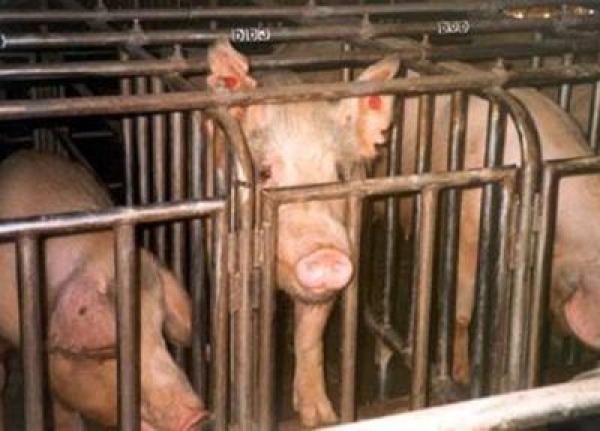 Mr Simon Streicher, CEO of the South African Pork Producers Organisation (SAPPO) refused to confirm to Compassion in World Farming today that sow stalls are to be phased out in South Africa.

However, in an email to Beeld newspaper last week, Mr Streicher stated that South Africa was embarking upon ‘the gradual phasing out of sow crates (stalls)’ and that ‘SAPPO supports the phasing out of crates in a reasonable and realistic time frame.’

Compassion in World Farming South Africa has waged a years’-long battle against sow stalls, renewing the campaign with vigour earlier this month with footage of pregnant sows in stalls on a farm on the prestigious Wine Route outside Cape Town. Compassion in World Farming SA pointed out that around 130 000 pregnant sows in South Africa produce the 50 000  young pigs that are slaughtered weekly for their ham and bacon. Confined in metal cages that are either banned or are being phased out in other parts of the world, the sows are immobilised in these cages (known as stalls or crates), preventing them from movement forwards, backwards or sideways – for life. They go to slaughter never having seen a blade of grass or a patch of soil. 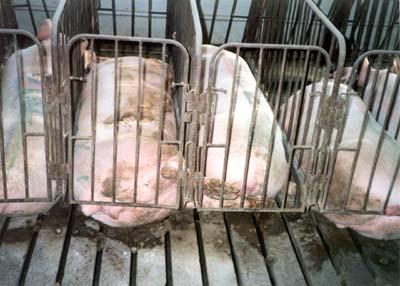 ‘Thanks to our supporters, Mr Streicher and others in the pork industry were deluged with emails requesting a phase-out,’ said Tozie Zokufa, CIWF’s Co-Representative in South Africa. ‘When I telephoned him today and introduced myself in order to find out the phase-out period envisaged for SA’s sows, following his email to Beeld, he put the phone down after politely wishing me a good day.’

‘Sow stalls are banned in the UK and Sweden and are being phased out by New Zealand, Tasmania, the EU, some states in the USA, and the pork industry in Australia recently decided on a voluntary phase-out by 2017. I telephoned Mr Streicher to find if we could match Australia with a phase-out by 2017. He didn’t give me the opportunity to ask this question. As things stand, when exactly South African sows will finally emerge once and for all from these contraptions of immobilization and torment, remains the vital question.

‘In the mean time we have cause for celebration with this breakthrough, it is huge,’ Mr Zokufa said.