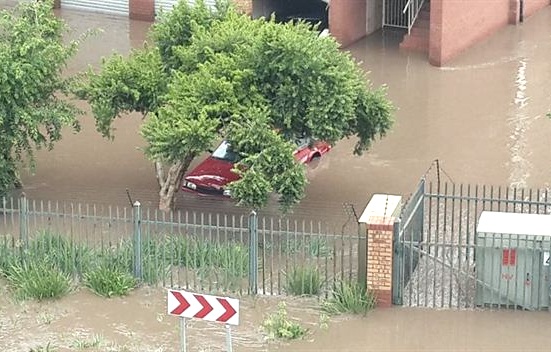 Reconstruction is moving swiftly ahead in part of Soweto damaged by flash floods last week, while relief aid is being given to families whose homes were washed away.

AN estimated R350-million will be spent by the City in “cleaning up and reconstructing” those parts of Soweto that were wrecked by flash floods last week.

Gabu Tugwana, the City’s director of communications, said the council had set up multi-disciplinary teams that were working with ward councillors, to determine the cost of mopping up operations.

The municipality had already begun delivering emergency food aid to the poor families affected by “the devastating floods that hit parts of Johannesburg last Thursday [26 February]”. Clothing, school uniforms and blankets were also being provided, while shelter would only be given to those in dire need of it, he added.

Work on infrastructure was ongoing. “City agencies and officials have already started with the re-construction of roads and bridges,” Tugwana noted, adding that water and electricity had been restored in some areas. 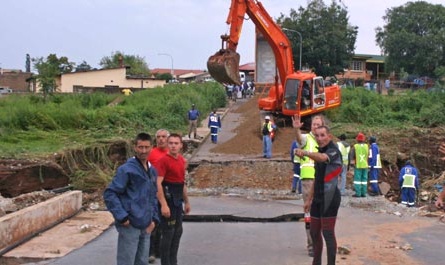 “We will be monitoring areas such as Alexandra, Diepsloot and Ivory Park.”

Mulaudzi warned children to stay away from drainage systems.

There were no reported incidents of drowning or any accidents caused by the rain, he said.

However, ER24 reported that a light aircraft had crashed near Lanseria airport.