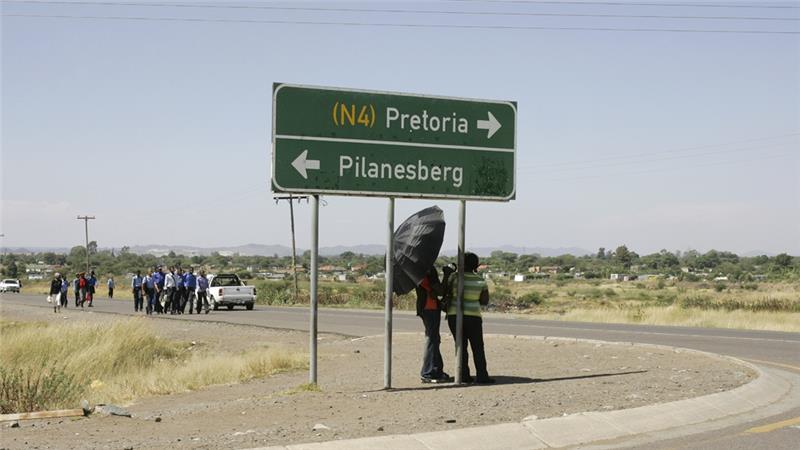 Southern hemisphere heat waves are back and the northeastern provinces are frying.

The South African Weather Service has issued a heat wave warning for the northeastern provinces of Gauteng (which includes Johannesburg and Pretoria), Mpumalanga and Limpopo, which contains the Kruger National Park.

Weather forecaster, Vanepia Phakula, said the warning  continued through to this weekend.

At the spring equinox, temperatures were around average, but soon afterwards the thermometer soared. Pretoria has an average maximum temperature of 29C for October, but since the start of the month it has been above that. Temperatures have reached 37C over the last two days.

Skukuza, on the edge of Kruger National Park hit 42C on Monday; it too should expect temperatures to be around 29C.

The heat is drifting slowly south, and KwaZulu-Natal is next in line.

Pietermaritzburg, in KwaZulu-Natal, is in the midst of the driest year in a century. The city is forecast to approach the 40C mark in the next two days.

As temperatures reach into the 40s in Pietermaritzburg, Newcastle, Ulundi and Ladysmith, the Weather Service and Umgeni Water have urged people to conserve water, and prepare for a dry summer.

“Currently there is a very strong El Nino phase in effect, and there is significant concern for South Africa’s summer rainfall areas. The coming summer is unlikely to provide much relief for current drought-stricken areas such as KwaZulu-Natal.”

A recent report by the Council for Scientific and Industrial Research (CSIR) said that 2015 may be the warmest year ever recorded in Africa.

According to the CSIR this is partly due to climate change, and partly due to the El Nino event currently taking place in the Pacific Ocean.

Temperatures over subtropical southern Africa have risen at more than twice the global rate over the last five decades. It is therefore likely that there will be further heat waves across the continent, and South Africa will be not be the only country affected.

The South African Weather Service on Friday issued another warning of persistently high temperatures over the province, and parts of Limpopo and Mpumalanga.

Zimbabwe and Botswana are also joining South Africans in enduring the heatwave, with temperatures in some areas expected to go beyond 45 degrees.

Meteorological services there are warning that low-lying areas like Beitbridge will be worst affected.

While forecaster Dipuo Tawana says temperatures are expected to cool by Sunday, she says they will peak again on Monday.

How to deal with heat waves

• Stay well hydrated by drinking a lot of water.

• Keep a close eye on babies, the elderly and children and ensure they stay well hydrated.

• Ensure pets have a cool place to relax and cool clean water to drink as well.

• Try to stay out of direct sunlight.

• Wear the appropriate clothing and use sunscreen.

• If you are going to spend time in a pool, ensure your safety and that of children around you. Ensure that they are supervised while around and in the pool.

• Do not leave children and pets in a vehicle, even with a window open.

Meanwhile, Eskom says the heatwave could have an impact on its cooling systems at its power stations.