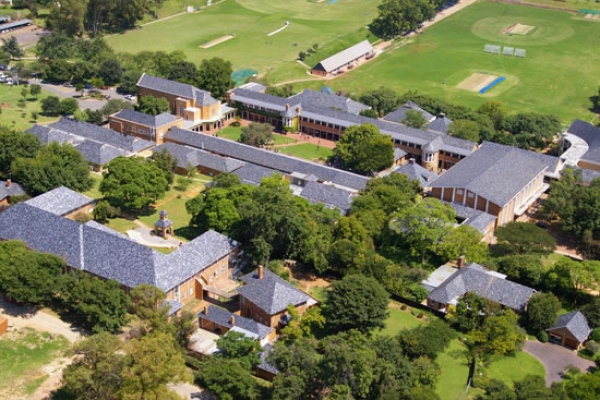 WSt Stithians is recycling food from both their Higher Ground restaurant and the Main Kitchen.

When sent to landfill not only does food waste build a pathogenic smelly mess, it produces 330kg of CO2e emissions per tonne. While also attracting vermin, polluting nearby water sources and becomes an environmental hazard for nearby communities and informal waste recyclers.

While it is relatively simple to process fresh green matter either through composting or earth worm programmes, it is difficult to safely process cooked and uncooked waste containing meat, bones, sea-food and dairy.

Their probiotic solution involves the use of bokashi – wheat bran inoculated with beneficial microbes – whereby food-waste is fermented in anaerobic bins thus stabilising the waste and eliminating pathogens. After fermentation the fermented waste can be easily and safely composted or used in trench gardening. In this environment fermented waste breaks down very quickly, adds beneficial micro-organisms to soil and accelerates the composting process.

The bokashi method is widely used in Asia (it orginates in Japan) and Australasia. In the United Kingdom an increasing number of local councils are subsidising bokashi bins for home use. Commercial adopters of this system include Stellenbosch University, Protea Hotels, Tsogo Sun, the Johannesburg Country Club and a large number of smaller B&B’s and lodges.

St Stithians is the first school in South Africa to implement the bokashi system to recycle 100% of their food waste.

Our ambition is to be carbon neutral by 2015. While we are doing a significant amount in the traditional environmental areas, food waste is a significant contributor to our carbon footprint. Working with our landscaping contractor, Servest, the catering contractor, Sodexo and kitchen teams we are now diverting over two tonnes of food waste from landfill per month,” says René Swart, Operations Director.

“But what is most exciting, is that we are using our fermented food waste to produce more food. We are trenching the fermented resource and overplanting with vegetables. Once the vegetable garden is fully prepared we will start composting our new resource and reapply this to our gardens,” concludes René Swart.

The benefits for St Stithians are not only environmental. While there is an ongoing cost in implementing the system, cost savings include not having to purchase compost and the reduction in waste removal services. In the Main Kitchen, managed by Sodexo, waste reduction, hygiene and efficiency benefits are also being noted.