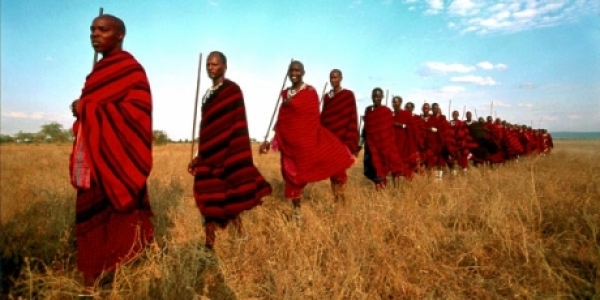 The Tanzanian government has just announced that it plans to kick thousands of Maasai families off their lands so that wealthy tourists can use them to shoot lions and leopards. The evictions are to begin immediately.

Last year, when word first leaked about this plan, almost one million Avaaz members rallied to the Maasai tribes’ aid. Your attention and the storm it created forced the government to deny the plan, and set them back months. But the President has waited for international attention to die down, and now he’s revived his plan to take their land. They need your help again, urgently.

President Kikwete has shown he’ll respond to global media and public pressure. Please stand with them to protect their land, their people and our world’s most majestic animals, and tell everyone before it is too late.

The Maasai people have lived off the land in Tanzania and Kenya for centuries. Their communities respect their fellow animals and protect and preserve the delicate ecosystem. But the government has for years sought to profit by giving rich princes and kings from the Middle East access to their land for hunting. In 2009, when they tried to clear land to make way for these hunting sprees, the Maasai resisted, and hundreds of them were arrested and beaten. Last year, rich princes shot at birds in trees from helicopters. This killing goes against everything in their culture.

Now the government has announced it will clear a huge swath of their land to make way for what it claims will be a wildlife corridor, but many suspect it’s just a ruse to give a foreign hunting corporation and the rich tourists it caters to easier access to shoot at majestic animals. The government claims this new arrangement is some sort of accommodation, but its effect on the Maasai people’s way of life will be disastrous. Their lives will be uprooted, losing their homes, the land on which their animals graze, or both.

President Kikwete knows this deal will be controversial with Tanzania’s tourists – a critical source of national income – and does not want a big PR disaster. If we can get the media writing about it, we know it can make him think twice.