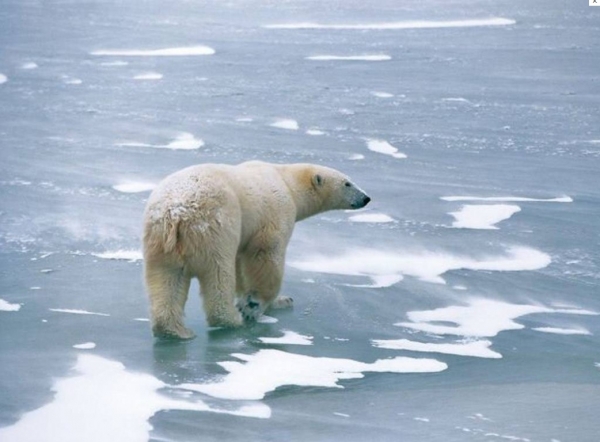 An international movement to save the Arctic has been launched by Greenpeace. The environmental group has begun a major campaign to turn the North Pole and the vast frozen area around it into a global sanctuary where all development would be banned.

The campaign, launched at the UN’s Rio+20 sustainable development summit in Brazil, has the backing of some of the world’s most famous actors, writers, directors, musicians, and business leaders, with more than 100 initial, signed-up star supporters ranging from Sir Paul McCartney, Robert Redford and Penelope Cruz to others who are celebrated names in China, India and across the world.

Eventually, Greenpeace wants to have a million names on an “Arctic Scroll” which it will plant on the seabed beneath the North Pole, in support of its call for oil drilling and unsustainable fishing be banned in Arctic waters, and for the Pole and its surrounding region to become part of the “global commons” where no nations can claim territorial rights.

“The Arctic is coming under assault and needs people from around the world to stand up and demand action to protect it,” said Greenpeace’s International Executive Director, Kumi Naidoo. “A ban on offshore oil drilling and unsustainable fishing would be a huge victory against the forces ranged against this precious region.”

Sir Paul McCartney led the way today in the formidable chorus of celebrity support for the campaign which Greenpeace has mobilised. “The Arctic is one of the most beautiful and last untouched regions on our planet, but now it’s under threat,” he said. “Some countries and companies want to open it up to oil drilling and industrial fishing and do to the Arctic what they’ve done to the rest of our fragile planet.

“It seems madness that we are willing to go to the ends of the Earth to find the last drops of oil when our best scientific minds are telling us we need to get off fossil fuels to give our children a future. At some time, in some place, we need to take a stand. I believe that time is now and that place is the Arctic.”

The campaign is one of the biggest Greenpeace has ever undertaken, and is being launched at a critical moment. The rapid melting of the Arctic ice by global warming is opening up a region which was formerly off limits because of its frozen geography, and so has remained untouched and environmentally pure, to large-scale industrial development, particularly exploration for oil, gas and other natural resources.

Oil exploration in the High Arctic is set to begin in earnest next month when the giant Anglo-Dutch oil company Shell plans to spend billions of dollars drilling a series of wells in the seabed of the Arctic Ocean, in the Beaufort and Chukchi seas off the north coast of Alaska.

It will be followed on the other side of the Arctic by the biggest of all the oil “supermajors”, and the world’s largest company, ExxonMobil, which has formed an Arctic exploration partnership worth $3.2bn with Rosneft, the Russian state oil group, to look for oil in the Kara Sea off the coast of Siberia.

Not least of the Greenpeace concerns is that a major oil spill under the ice of the Arctic Ocean would be a true environmental disaster, with the extreme conditions making it immensely difficult to deal with – even more so than with BP’s catastrophic Deepwater Horizon spill in the Gulf of Mexico two years ago.

But even more than the oil companies, nation states are now casting envious eyes on the top of the world and its potential natural resource bonanza, and not just the five traditional Arctic countries – the US, Canada, Russia, Norway and Denmark, some of which are contemplating North Pole territorial claims. In 2007 the Russian explorer Artur Chilingarov planted a Russian flag on the seabed beneath the Pole and ‘claimed’ it for Moscow; it was later revealed he was acting on the instructions of the Russian Government.

But even China and India are taking a strong interest, fearful that they might be excluded from the new trade routes – the north-west and north-east passages – that are opening up as the ice melts.

Greenpeace wants to bring an end to any superpower scramble for territory and oil by internationalising the whole region, which it would symbolise by planting on the North Pole seabed its own, “non-colonial” flag, named a Flag for the Future, which is to be designed by children in a global competition organised by the ten million-strong Girl Guide movement.

The group will initially push for a UN resolution demanding a global sanctuary and a ban on oil drilling and unsustainable fishing in the Arctic, hoping it can be given protection similar to that afforded to the Antarctic under the Protocol on Environmental Protection to the Antarctic Treaty, which was signed in 1991 and has prevented mining taking place at the other end of the world.

Another celebrity supporter, the lead singer of Radiohead, Thom Yorke said: “We have to stop the oil giants pushing into the Arctic. An oil spill in the Arctic would devastate this region of breathtaking beauty, while burning that oil will only add to the biggest problem we all face, climate change. That’s why I’m backing this campaign, and why I have signed the Arctic Scroll. I’ll know whenever I look north that my name is planted at the bottom of the ocean at the top of the world as a permanent statement of our joint commitment to save the Arctic.”

Help Greenpeace Save The Arctic by declaring it a global sanctuary.

A polar bear surrounded by melting ice in the Arctic.