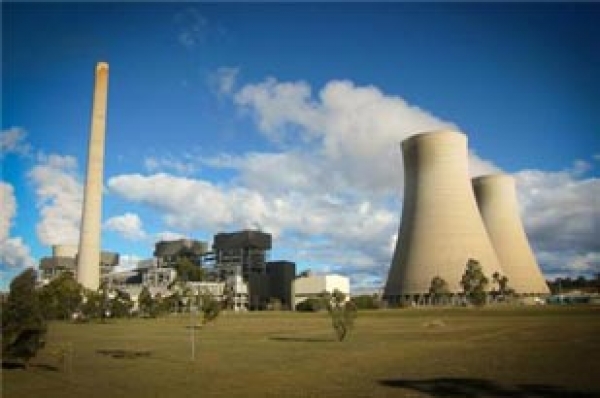 Africa can do better than invest faith and state resources in yet another Ponzi scheme — the ‘privatisation of the air’.

LAST winter, when carbon prices fell 15% in one week, industry analysts called it ‘carnage’. Then, in the fortnight before last month’s Durban climate summit, carbon prices fell more than 30%, with front-year European Union (EU) Allowance permits dropping below €8,50 a ton. And they have crashed even further since.

As Deutsche Bank said during the Durban talks: ‘We do not expect the pricing outlook to improve materially in the foreseeable future.’ A UBS analyst predicted a price of less than €3 a ton in coming months because the EU’s Emissions Trading Scheme ‘isn’t working’ and carbon prices are ‘already too low to have any significant environmental impact’.

French bank Société Générale projects that ‘European carbon permits may fall close to zero should regulators fail to set tight enough limits in the market after 2020’ — and without much prospect of that, the bank lowered its 2012 forecasts by 28%. A 54% crash for December 2012 carbon futures sent the price to a record low, just more than €6 a ton. An additional oversupply of 879-million tons was anticipated up to 2020, partly as a result of a huge inflow of United Nations (UN) offsets: about 1,75-billion tons.

Those UN carbon credits include Clean Development Mechanism projects, which are notoriously bogus, including SA’s pilot in Durban, the Bisasar Road ‘waste to energy’ site.

Every analyst concedes that carbon prices will be far too low to catalyse the transformative innovations — most costing more than €50 a ton (the EU peak was just more than €30 a ton five years ago) — necessary in energy, transport, production, agriculture and disposal to achieve a solid post-carbon foothold. By all scientific accounts, by 2020 it is vital to wean the industrialised world economy from dependence upon more than half the currently consumed fossil fuels to avert catastrophic climate change.

The lack of awareness of the carbon market’s crash is a travesty — far too often the continent has been looted by faraway financiers selling snake oil.

This week at the Sandton Sun, a conference aims to ‘make Africa a major focus for climate finance into the post-Kyoto era’, with keynote speakers from Morgan Stanley, Standard Bank , Nedbank , Carbon Check, CDM Africa Climate Solutions, SouthSouthNorth, similar emissions traders, the Johannesburg and Cape Town municipalities and the Department of Energy.

Beware you carbon buyers, sellers and speculators, because climate gamblers have been led astray since 1997, when the Kyoto Protocol was amended to let corporations buy the right to pollute in exchange for endorsing the treaty. Washington has refused to honour this ever since, even though it represents a broken promise, followed logically by US Secretary of State Hillary Clinton’s 2009 pledge to raise $100bn a year for the Green Climate Fund.

Clutching at straws, that fund’s design co-chairman, Trevor Manuel , has suggested getting half the revenues from carbon markets. It might have been feasible if the emissions trade reached the anticipated $3-trillion mark by 2020 but, within a decade, the market has peaked at $140bn in annual carbon trades. These are mostly in the EU, where the Emissions Trading Scheme was meant to generate a cap on emissions and a steady 1,74% annual reduction. Unfortunately, the speculative character of carbon markets encouraged rampant fraud, value-added tax scams and computer hacking, which shut the scheme for two weeks last year.

The EU’s carbon trading also included perverse incentives to stockpile credits when large corporations as well as Eastern European states gambled that the price would increase.

With the market now collapsing, the current perverse incentive is to flood supply to at least achieve some return rather than none at all when eventually the markets are decommissioned, as happened in 2010 to the Chicago Climate Exchange.

Africa can do better than invest faith and state resources in yet another Ponzi scheme — the ‘privatisation of the air’. And the north’s ‘climate debt’ to Africa should be paid not through such gambling but in genuine income transfers that reach ordinary people, who are taking the brunt of worsening climate chaos.