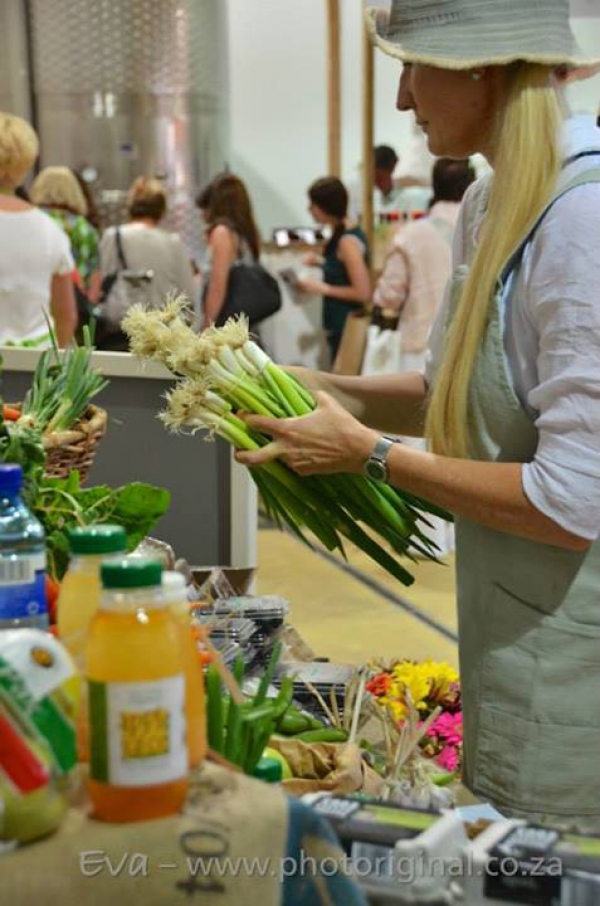 ‘Just to be is a blessing, just to live is holy, a famous rabbi once said. It was one of those days, sky-blue and bounding with life, when I drove out to Stellenbosch to visit the Organic Farmers Market. The first thing I smelled was vanilla pods; the first thing I tasted was freshly juiced carrot and ginger. How much of life lies in the details, in getting off the train track and opening up to what is before us.

Chris, one of the founding members, described how it began: ‘The market started at the Stellenbosch Waldorf School in 2001 and has grown organically since then. It is a market with heart: many of the people coming here to shop have been doing so for years. It is as much about coming for a chat and hug as it is about buying organic vegetables.

I can vouch for that. I was living in Stellenbosch at the time the market started and when I returned last Saturday many faces were familiar. It had retained its simplicity, friendliness and honest intent.

Every stall tells a story

The market is held under a lane of eucalyptus trees, in an elfin setting. Shoppers bring their families, and there is a natural garden for children to play in. Breakfast is served by Sieglinde Scriver to high standard products are either organic or selected by her for top quality. She was frying organic eggs and good German bacon when I stopped to speak to her. Each breakfast cake on offer was made with her own hands.

At the start of the lane of stalls, Stephane was making freshly extracted juices. With a kitchen cloth over his shoulder, he explained: ‘I am Mauritian, trained as a chef in France, and have been working in the hospitality industry in South Africa. I am increasingly interested in organics. He whizzed up a glass of carrot juice while telling the story behind his other wares. Using Creole recipes from home, he has made a delicious atchar. He also picks porcini mushrooms in forests, dries them, and grinds them to a powder, which you can use as concentrated mushroom stock. His vanilla pods were grown by his father in Mauritius, from orchid flowers. 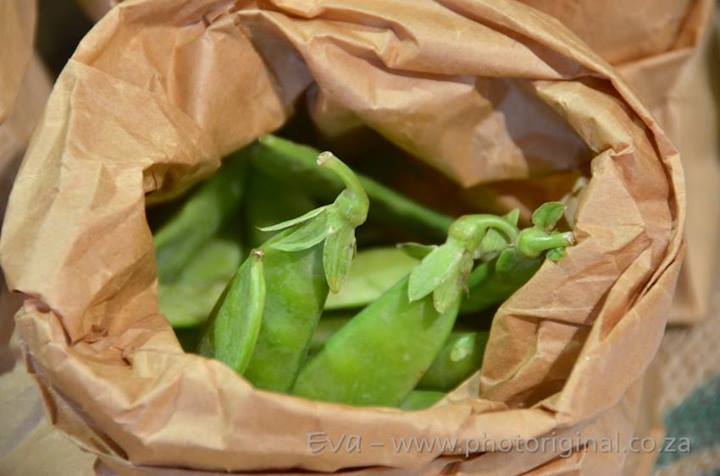 Willie Jordaan was selling free-range kudu and eland meat culled from his game farm in Namibia. “The meat is brought into South Africa according to strict standards, and contains none of the hormones found in commercial meat. Wild game is also a lot leaner and therefore more healthy,” he explained. He is proud to be able to sell it at a good price, as there is no middle man. ‘We sell biltong, droe wors, kudu patties, salami and Portuguese sausage. I am told that I make the best biltong in the Western Cape and that my Portuguese sausage is as close to tradition as it can get!

Then there were vegetables, from butternut through to leafy greens, grown by Eric and John, two community farmers from Zenzele Organic Farm in Kraaifontein. I thought it would be good to see more community farmers at the market and later asked Chris, who said that it is a priority and part of the vision of the market going forward.

Irene was selling knitwear made from hemp, bamboo and organic cotton. Hemp is the most eco-friendly fibre but is coarser. Bamboo is imported from the East, is spun and dyed here, and is very soft. Organic cotton comes from central Africa and is a water-intensive crop and therefore less environmentally friendly. The dyes used are all certified eco-friendly and come in beautiful shades that synthetics can’t mimic. Her products included beanies, scarves, mittens and baby clothes. Also on sale were bamboo/organic cotton nappies, biodegradable liners and a range of unbleached organic cotton tampons and pads. 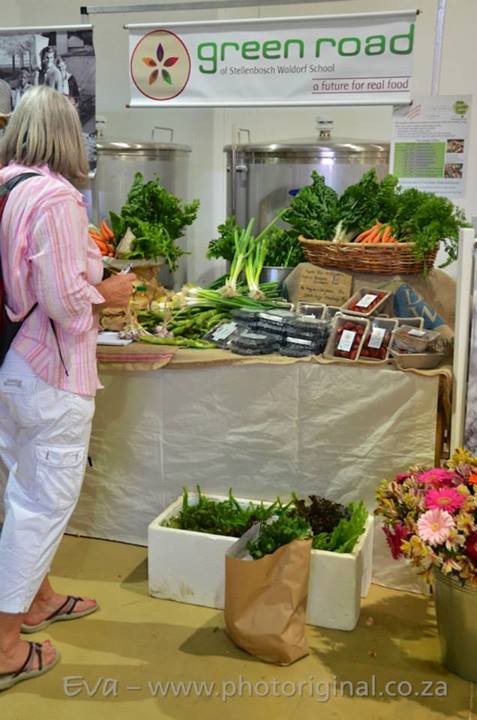 There were numerous other stalls selling a variety of goods from home-made yogurt to biodynamic seedlings and stone mills for making flour. Most stalls are family affairs, with older children helping to weigh produce and count out change.

My take-home impression was one of community. People shopping here know where the food they buy comes from and that it is alive and nutritious. They choose to live and shop in ways that are in harmony with nature. Children learn these values naturally through attending the market with their families, and the Waldorf school bursary fund is supported as a spinoff. (Julia)