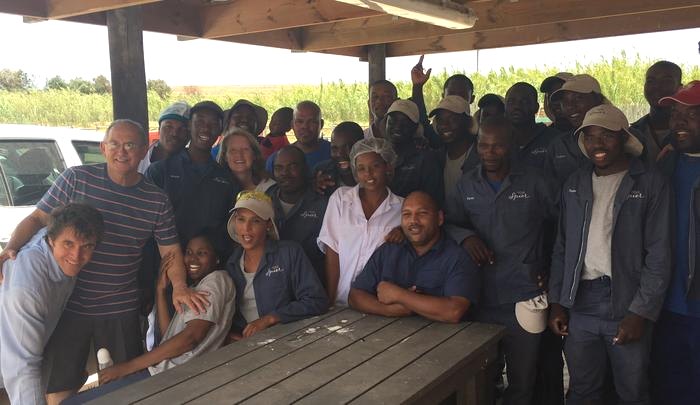 How do carbon credits benefit workers on an organic farm and the environment?

Twenty-seven employees of the Spier wine estate, in Stellenbosch, have, through a climate change mitigation initiative, shared half the R204 000 paid out from carbon credits – derived from practicing regenerative farming on a section of the organically certified wine farm.

An average of R4 000 was given to each worker, with those managing the cattle component receiving a larger portion of the credits.

“The farm acquired the credits for sequestering 6 493 t of carbon dioxide in its soil, which is cultivated in as natural a way as possible by using regenerative farming practices like high-density grazing,” said Spier Wine Farm livestock farm manager Angus McIntosh.

Livestock mimic nature by restoring carbon and nitrogen to the soil

“This is a technique that involves frequent stock rotations aimed at using livestock to mimic nature by restoring carbon and nitrogen contained in livestock and poultry urine into the soil profile.”

“The presence of a great many animals in a confined space for a short period deposits enormous amounts of manure and urine on the land leading to healthy, vigorous pasture growth without the need of fertiliser. No inorganic fertilisers nor grains are used as animal feed, thereby disassociating the farming practice with industrial agriculture,” he said.

Globally, the conversion of grass and forest land to crop and grazing lands has resulted in losses of soil carbon, explains the United Nations Food and Agriculture Organisation (FAO). Organic carbon accumulates in soils through photosynthesis as plants absorb carbon dioxide from the atmosphere. 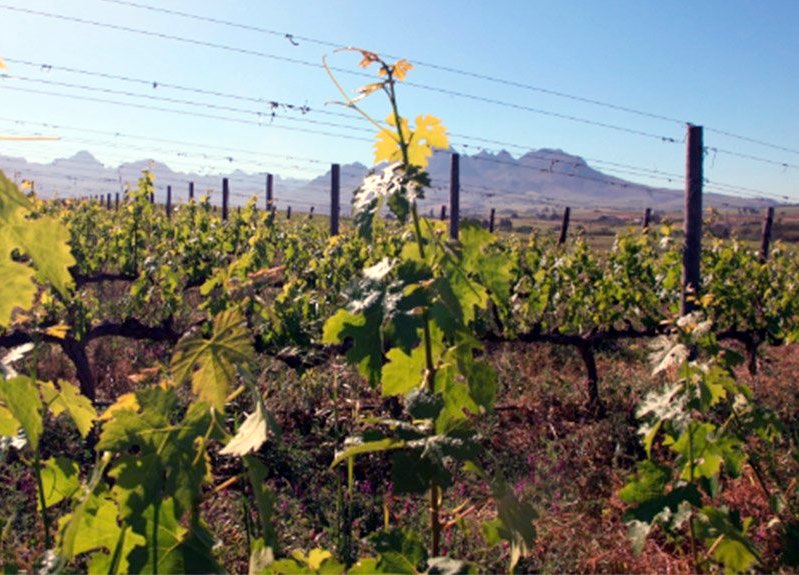 Carbon escapes into the atmosphere if land loses its cover of natural vegetation and becomes denuded and degraded through practices such as intensive agriculture and monoculture, and use of inorganic pesticides and herbicides.

Making carbon work for the poor

The credits were bought by a South African bank, brokered by Credible Carbon, a business dedicated to “making carbon work for the poor”, as it facilitates carbon trading through credits earned for reducing greenhouse-gas (GHG) emissions and global warming.

Among institutions that have bought credits are the office of Western Cape Premier Helen Zille.

“We now have a sixth revenue stream from carbon credits in addition to our other five – from sales of beef, chicken, eggs, pork and lamb,” said Spier sustainability director Heidi Newton-King.

Soil samples from the livestock farm were tested over an 18-month period by a leading US laboratory. “They confirm a significant and rapid enhancement of soil organic carbon over this period,” shared Credible Carbon.

The FAO estimates that carbon released from soil sinks is responsible for about one-third of GHG emissions. However, says the FAO, “there is major potential for increasing soil carbon through restoration of degraded soils and widespread adoption of soil conservation practices”.

This is the second tranche of carbon credits earned by the farm, following a smaller previous payout, bringing the total to 7 852.

“This initiative adds to the farm’s sustainability and underlines that regenerative farming is not only good for the environment but makes good business sense,” Newton-King added.