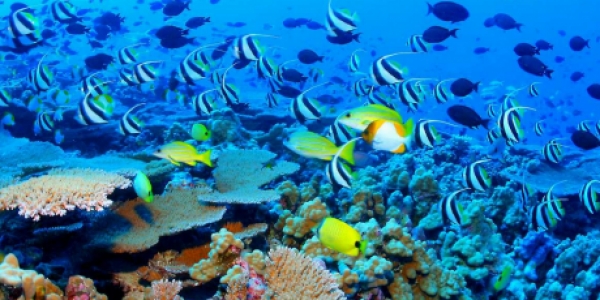 Australian companies are trying to push through a scandalous proposal to build the world’s largest coal port right over the Great Barrier Reef, risking the survival of this entire amazing world heritage site. Mining magnates who stand to make billions in profits are moving fast to secure funding – but if we stop the money, we could stop the port and all of the damage that comes with it.

Activists in Australia are pressuring the government and UNESCO is speaking out, but a bank owned by the US public is crucial to the project. Global pressure on the US bank now could bring international shame and spotlight environmental issues in the middle of the US election season.

We don’t have much time to stop the machines before they begin ripping up the sea bed, clearing out coral to make way for coal tankers. If they pull out, the entire crazy plan could be shut down for good.

The money isn’t yet secured, and the good news is that the bank is accountable to the American taxpayers and the politicians they elect. Let’s up the pressure on the bank’s chairman Fred Hochberg and demand he halt the funding for this dirty deal. We have only days to act – he’s in Australia for meetings right now and if we reach 500,000 signers we’ll make sure he gets the message loud and clear!

The enormous coal port project would push the already vulnerable reef closer to the brink by constructing an export terminal inside its waters – and by flooding the market with 8 billion more tonnes of coal exports. It would allow up to 20 ships each day to travel over this pristine area, shuttling dirty coal from inland Australia to China. We saw the kind of damage these ships can cause in 2010 when a ship ran aground, leaving a 3km gash in the unique reef.

Right now, the proposal is facing hurdles after UNESCO reported that coal development is damaging the reef, and the Australian government has intervened by calling for a review of the environmental assessment. If we can cut the funding off at its source we can bring another blow to the plan – and help stop the entire mining operation.

The US Export-Import Bank is already embattled within US politics and wants to avoid any further controversy. A massive outcry right now could stop them from destroying the most spectacular underwater scenery in the world.

Sign now and Avaaz will deliver the message straight to Hochberg.