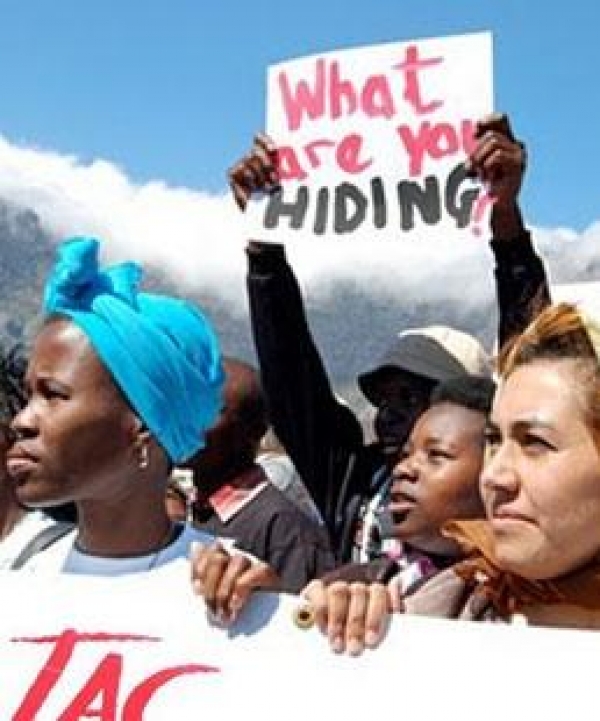 The Right2Know campaign has submitted a letter to Parliament’s Ad Hoc Committee on the Protection of Information Bill (the Secrecy Bill), detailing concerns in the processing of this legislation. The letter urges members of the Committee to ensure that its final days of deliberation for 2010 are used to make vital amendments to the text of the Bill so that it meets the Right2Know 7 Point Freedom Test.

The Right2Know campaign has followed the Committee’s deliberations closely, and while some progress has been made, Committee members have yet to address a number of outstanding issues.

The Right2Know campaign believes that the final version of the Bill should not be a compromise between political parties based on the lowest common denominator. It should rather be a law that represents international good practice, and further advances the principles of freedom of expression and the right to access information as envisioned by the Constitution.

The Committee, which goes into recess on 26 Friday November, is only scheduled to meet again on 18 January 2011, to report back on 21 January 2011. The Committee therefore has only given itself a total of six days in which to rid the Bill of its odious secrecy clauses.

The current version of the Protection of Information Bill fails the 7 Point Freedom Test – a measure based on the principles of our democratic constitution.

1. Limit secrecy to core state bodies in the security sector such as police, defence and intelligence agencies.

Thus far, the committee has not agreed upon this limitation, provided for in chapter 1 section 3 of the Bill.

2. Limit secrecy to strictly defined national security matters and no more. Officials must give reasons for making information secret.

3. Exclude commercial information from this Bill

We commend the Committee on the removal of any reference to “commercial information” from the Bill. 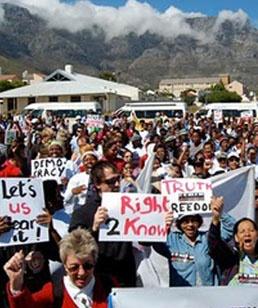 4. Do not exempt the intelligence agencies from public scrutiny.

The Committee has not addressed this issue, as referred to in chapter 11, section 43 of the Bill. We are concerned that the inclusion of section 43 draws a veil over the working of the intelligence services, and will prevent public scrutiny of our spies should they abuse their power or breach human rights. This provision is extraordinarily wide, and pulls a complete veil of secrecy over any and all activities of state security agencies, making effective public oversight, including by institutions such as parliament, impossible.

The clause criminalises not only the disclosure of legitimate secrets, but even information that is currently in the public domain. It unnecessarily gives the State Security Agency a higher level of ‘protection’, thus breaking the principle of general applicability, and therefore this clause should be scrapped.

5. Do not apply penalties for unauthorised disclosure to society at large, only those responsible for keeping secrets.

The Committee has not dealt with this, as referred to in chapter 11, sections 37-39 of the Bill. As it stands, these penalties appear draconian, and are out of keeping with international best practice. 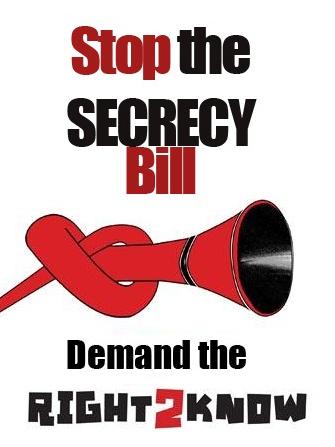 6. An independent body appointed by Parliament and not the Minister of Intelligence should be the arbiter of decisions about what may be made secret.

While the Committee has deliberated on this issue, there has been no final resolution on this very basic mechanism of oversight.

7. Do not criminalise the legitimate disclosure of secrets in the public interest.

While the harmonisation of the Promotion of Access to Information Act (PAIA) and the POIB might mean that there will be a public interest component to applications for information that has been classified (which we commend), this still does not provide a defence for instances where there was genuine autonomous disclosure of information in the public interest. 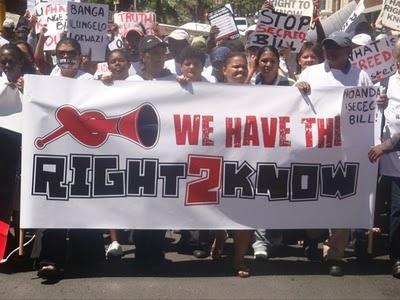 In addition, we are encouraged that the Committee has included a certain amount of protection for whistleblowers as a result of attempts to harmonise the POIB with the Protected Disclosures Act (PDA). However, this still does not meet the test of protecting whistleblowers who are engaged in public disclosure.

As the Committee members no doubt share the Right2Know campaign’s commitment to constitutional values, we hope that the issues raised in our letter will form a central part of its discussions between 25 November 2010 – 21 January 2011.

The right to know

The Right2Know Campaign is an umbrella campaign representing a broad front of civil society groups. The R2K statement – “Let the truth be told. Stop the Secrecy Bill!” – was drafted following public hearings on the Bill in July 2010 and demands that secrecy legislation must comply with constitutional values. It is based on detailed submissions made to parliament by civil society groups.

Help them make your concerns heard and join the over 400 civil society organizations and 11,700 individuals who have signed up to the R2K statement.