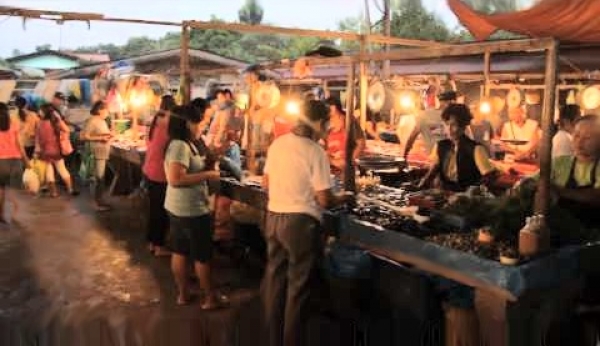 A top-level crisis management team should be assigned in Mindanao to address challenges in areas badly hit by typhoon “Pablo.” The United Nationalist Alliance (UNA) aired this proposal yesterday, citing the “rising death toll, the extent of damages, and the looming humanitarian crisis” as a result of the powerful storm.

Mindanao is the second largest island in the Philippines.

The top-level crisis management team should be made up of Cabinet secretaries, UNA Secretary General Navotas Rep. Toby Tiangco said in a statement.

Tiangco said the survivors have been complaining about the lack of food and other basic needs, a week after the typhoon. There is also the need to clear the areas of debris and restore basic utilities like power and water, he said.

“There is a perception that government response has not been very effective. This needs to be addressed immediately,” he stressed.

He said that the administration’s response should at least be on the same level as when it conducted a full search for Robredo after his plane crashed off Masbate last August.

“Given the rising death toll, the extent of damages, and the looming humanitarian crisis, we see no reason why the administration cannot designate a Cabinet secretary or a team of Cabinet secretaries to be on the ground to direct government efforts,” Tiangco said.

“The administration did this during search for the late Secretary Robredo and there is all the more reason to do it now,” he added.

Tiangco noted that during the search for Robredo, Cabinet secretaries were on top of the situation, and government agencies and resources were tapped to the fullest.

The search for the missing continues

As this developed, an American navy spy plane is assisting local search and rescue efforts for hundreds of fishermen from this city and nearby Sarangani who went missing at the height of the typhoon. The spy plane, one of Philippine-based US maritime surveillance aircrafts, was sent to the high seas off the Pacific Ocean and adjoining territorial waters on authority of the American embassy in Manila, Gen. Santos City Mayor Darlene Antonino Custodio said Thursday.

Mayor Custodio, chair of the Task Force Maritime Search and Rescue SarGen (Sarangani-Gen. Santos City), said the P-3C Orion aircraft of the US Navy is complementing the local search for possible survivors among hundreds of fishermen caught by the strong wind of “Pablo” along the fishing grounds bordering the Philippines and Indonesia.

As search and rescue continue for missing persons, San Juan Rep. JV Ejercito Estrada sai the government should put on top of its priority the immediate rehabilitation of bridges and roads that have become impassable in the aftermath of the typhoon.

Ejercito Estrada aired this recommendation as he noted that deliveries of relief goods to typhoon victims are being delayed and made even more difficult due to heavily damaged infrastructure. He said the rehabilitation of roads and bridges should be fast tracked by the Department of Public Works and Highways.

The military on Friday condemned the New People’s Army (NPA) for violating their own declared ceasefire on typhoon-stricken areas in Mindanao after members of the insurgent group attacked soldiers conducting humanitarian mission in Davao del Norte.

Meanwhile, aid continues to pour in for the typhoon victims.

The Canadian government has committed to provide P70 million (1.75 million Canadian dollars) as additional assistance to the victims of typhoon “Pablo.”

In a statement issued Friday, the Canadian embassy in Manila said this is in addition to its initial contribution of P10 million to the International Federation of the Red Cross and Red Crescent Societies to support the Philippine Red Cross in helping approximately 50,000 people affected by the typhoon.

The Overseas Workers Welfare Administration (OWWA) announced that their Board of Trustees being chaired by Department of Labor and Employment (DOLE) Secretary Rosalinda Baldoz approved the release of P30 million to bona fide overseas Filipino worker-members whose families were among those devastated by the typhoon.

OWWA Administrator Carmelita Dimzon said that the assistance was approved by the OWWA Board of Trustees through Board Resolution No. 015, Series of 2012, authorizing the grant of P5,000 cash relief assistance to each family of OWWA members residing in Region 11.

Taking the cue from President Aquino, the officials of Clark Development Corporation (CDC) announced yesterday the cancellation of its annual Christmas party for the employees to donate funds for the typhoon victims. CDC Vice President Pepito Galang of the Corporate Services Group said the cancellation of the party was decided by the management and the employees to help the recent victims of the typhoon.