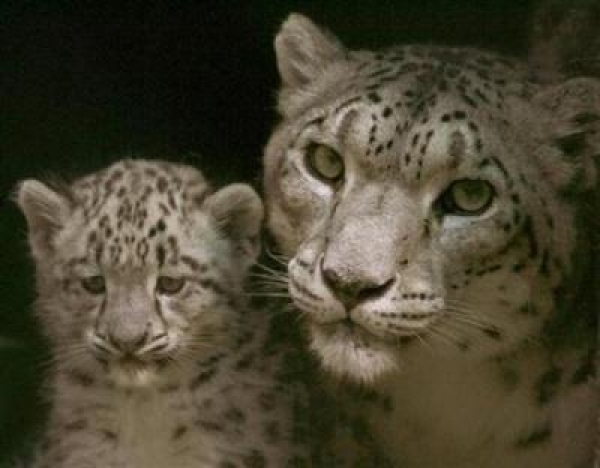 A female Cape Mountain Leopard (Panthera pardus) was recently captured on camera at Bushmans Kloof together with her cub, which is estimated to be between five and six months old.

The photographic evidence was recorded by the stationary Cape Leopard Trust camera set up in the kloof behind the lodge, confirming that the reserve, adjacent to the Cederberg wilderness area, provides invaluable sanctuary to this endangered species.

It is only the second female to be recorded on camera in the reserve, and according to Quinton Martins, who heads up the Cape Leopard Project, it seems that this new female (named #F12), has territorially displaced #F9 (Amber) who was resident in the area. The camera was subsequently moved to a new site to gain photographic evidence of where Amber might be.

Martins says: ‘We are very excited by this photograph, as it is rare to capture a female leopard on camera, and even more so, a female with a cub. There are several cameras placed around the Cederberg area. These cameras are set with a time-delay so as not to waste photographs on moving bushes and so on, so often only one of the animals are photographed before the cameras can be reactivated.’

Leopard cubs are usually weaned by the age of six to seven months, but can stay with the mother till twelve or eighteen months before having to leave the mother’s territory. Cub survival for leopards anywhere is low, but is probably even lower in the Cederberg because of the harsh environment.

Based on current research, the Cape Mountain leopard are territorial animals that have massive home ranges up to 1000km2. Feeding on small antelope as well as small mammals such as mongoose, birds, dassies and large rodents, leopards are highly adaptable animals – they avoid human contact at all costs, therefore posing no threat whatsoever to people.

Bushmans Kloof Wilderness Reserve & Wellness Retreat has long been a major sponsor of the Cape Leopard Trust, a project dedicated to the preservation of the endangered species in the Cederberg region (Western Cape). Since inception of the Trust project in 2005, Bushmans Kloof has sponsored ten GPS (Global Positioning Satellite system) collars to a total value of R300 000, in support of this vital conservation management project. Fitted GPS collars provide valuable data that aids research of the behaviour of this elusive and enigmatic species. To date a total of fourteen leopards have been collared by The Cape Leopard Trust in this region, including two on Bushmans Kloof.

Protectors of the Cedarberg

Bushmans Kloof is dedicated to the preservation and protection of indigenous wildlife on both the reserve and in the surrounding Cederberg Wilderness area. Custodian to numerous rare or endangered species of birds and mammals, including one of the largest privately owned herds of the Cape Mountain zebra, the Cape clawless otter and the Clanwilliam yellow fish, it is renowned for its exceptional environmental and conservation projects and was awarded the Relais & Châteaux Environment Trophy in 2007, as well as the coveted Condé Nast Traveler World Savers Award: Global Winner of Wildlife Conservations Programs (2009).