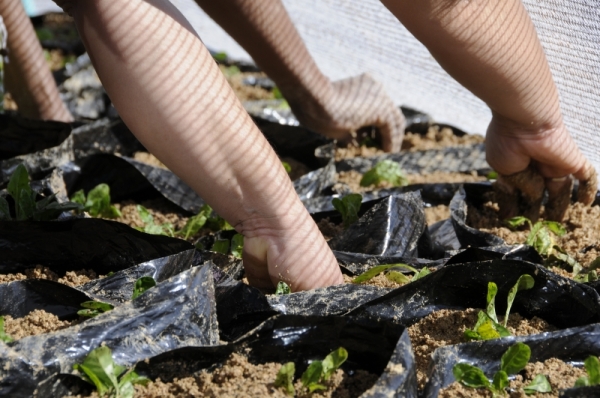 Sustainability is spreading into communities via greener corporates who take their green commitment to the next level. Nedbank’s Caring for Communities initiative helps to entrench the values and benefits of sustainability in the lives of mainly rural communities. They undertook no fewer than 136 projects in 2011, assisting 59 separate schools and communities around the country during the process.

This resulted in over 2,900 learners and around 700 adult community members discovering the importance of sustainable living and adopting sustainability as a part of community life.

Helping to “make things happen” in the these projects, more than 1,000 Nedbank staff members donated their time as part of the strong ethos of volunteerism that is being driven by South Africa’s green and caring bank.

One of the flagship projects of the year took place at Muldersdrift, on the western outskirts of Johannesburg, featuring a group of farm, hotel and domestic workers who won the right to establish their own fully-fledged village.

Showing tremendous foresight, the workers wanted to build their village the right way from the start with a strong focus on sustainability.

Thanks to Nedbank’s Zandspruit branch manager, Brenda Mutileni, the bank became involved in the emerging village from the outset, helping them entrench sustainability within their community.

Caring for communities with WESSA

After noticing work starting on the eco-village en route to her branch, Brenda visited the site and liaised with the local ward councilor, Molefi Selibo, who also happens to be the Chairman of the Muldersdrift Home Trust Foundation that was one of the creators of the project.

While she established that the community members were driving the development themselves – even funding and building their own homes – she also found out that they had a genuine desire to become a self-sustaining community as much as possible.

As a result, Nedbank’s Caring for Communities team was mobilized and in conjunction the Wildlife and Environment Society of South Africa and the Enele Consulting Group, a gathering of volunteers came together to assist the new community.

Sustainability champions with volunteers and executives

On June 22 2011, 80 Grade 6 and 7 learners from nearby Swartkops Valley Primary School and 50 adult community members attended sustainability workshops facilitated by Enele Consulting. They learnt invaluable lessons about the importance and value of integrating sustainability in their every-day lives.

These brand new sustainability champions were then joined by 25 Nedbank volunteers – including executives – to add a practical element to the journey through erecting two vegetable garden tunnels in the village – one at the school and the other on a community field near the local clinic.

“Building the tunnels was a fantastic experience for everyone concerned,” said Brenda.

The value and joy of caring

“It not only resulted in a source of food and income for the community, but also helped the Nedbank volunteers rediscover the value and joy of caring for their communities.”

More than six months after the tunnels were established, Brenda says they are still thriving and assisting the community to do the same.

“The sustainability lessons that Nedbank taught the people has had a huge impact and the community takes great pride in maintaining their vegetable garden tunnels. They respect and value the nutritional and financial benefits they are deriving and are pleased to be doing their bit for the environment,” added Brenda.

Local ward councillor, Molefi Selibo, agrees, pointing to the unifying effect that the Nedbank Caring for Communities project has had on the community.

“Community members understand just how important sustainability is and the benefits it offers them and their neighbours,” he said.

“While the boost that the tunnels gave to the school and the clinic feeding scheme was important, the understanding that the programme imparted, along with the knowledge that there are other people that care for their well-being, made the biggest impression on this community.”

Since it was initiated in 2009, the Nedbank Caring for Communities initiative has lived up to its name, making a difference in the lives of many people around the country.

As the first carbon neutral financial services organisation in Africa, Nedbank plays a major ongoing role in driving sustainability and environmental responsibility throughout its own operations, among its customers and in communities across South Africa.

In addition, the Nedbank Foundation invests in a wide range of community development, health, education and job creation projects as part of the group’s overall efforts to build a brighter, more sustainable future for all South Africans.