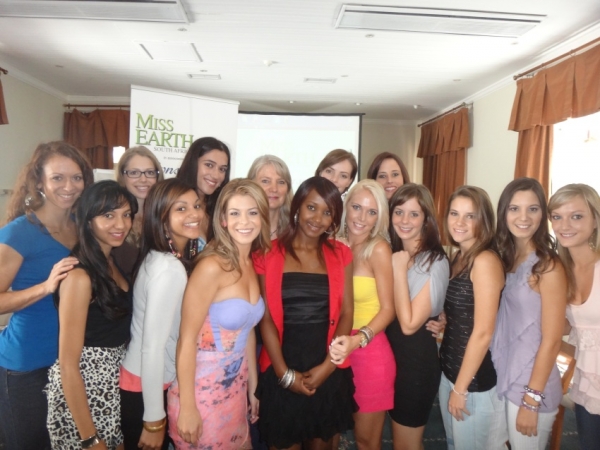 I have never been keen on beauty pageants. When I found out about the Miss Earth competition I was concerned that they were focusing on outer beauty instead of environmental passion and action. But I was wrong.

I was privileged to conduct the very first session of environmental education with the Western Cape’s group of finalists recently and discovered this competition is dedicated to green stewardship, community action and the development of Earth Ambassadors. (Elma)

Over the past few weeks, hundreds of applicants from across the country have been interviewed and engaged in a green community programme for the 2012 Miss Earth South Africa in association with Consol.

This year’s activities kicked off in the Western Cape and the Miss Earth team was hosted at the Southern Sun V& A Waterfront Hotel ahead of the Western Cape Regional Castings. As part of the organisation’s 10 year anniversary, the 2012 castings, workshops and programmes consisted of different elements in each region. 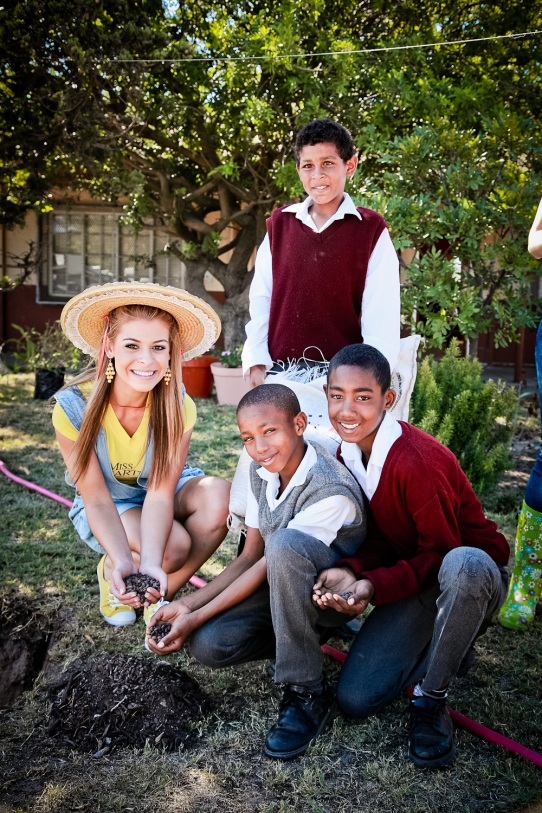 An intense environmental workshop session on nuclear energy, seabird conservation and waste education was held at the Vineyard Hotel and Spa. The Western Cape regional entrants were exposed to the problems, solutions and action plans that they would have to implement should they go through as national finalists.

Elma Pollard from the Green Times also put a challenge forward to the regional entrants and spent an exciting morning filled with environmental knowledge and discussions. Participants were also exposed to Healing Earth, which is a South African produced range of body care products. The methods used are derived from research done on the ways in which the African women engaged with the natural environment; ingredients that our original ancestors used like the African potato, chamomile and grape seed to name a few. 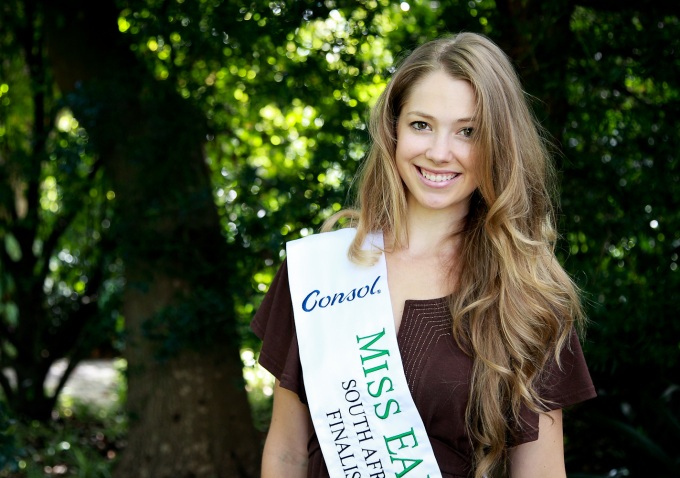 As part of the Western Cape regional programme participants spent a day at Kalksteenfontein Primary School, where fifty indigenous trees were planted with Greenpop, a local company focused on supporting under-greened communities. Imperial Toyota Cape Gate brought through volunteers from their dealership to help dig, fertilize the soil and green the school.

Western Cape Regional finalists will be actively involved in environmental projects as well as glass awareness campaigns, focussing on the health benefits of glass. Creating much needed awareness around the critically endangered African Penguin is also on the agenda, as the organisation works closely with SANCCOB on the fight to protect and safeguard Seabirds.

Gauteng is the largest of the regional programmes, hosted by the Gold Reef City Theme Park Hotel. Regional participants had a full day workshop with Fluffy the Scorpion – a large non venomous Rock Scorpion. Jonathan Leeming did a presentation on both spiders and scorpions. The beautiful young ladies also engaged with Eskom and Energy Efficiency and the many things that can be done in our homes. 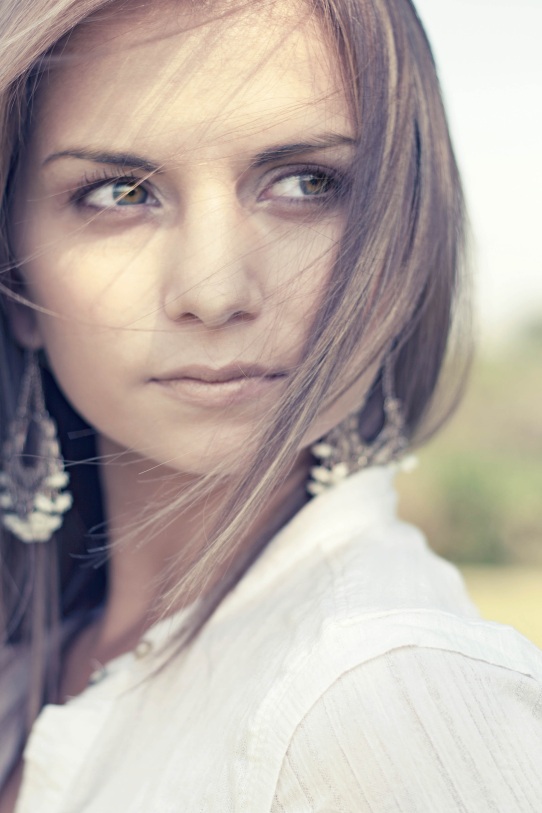 Barney Kgope from the City of Johannesburg spoke on Climate Change and its effects on the city. A prestigious panel of judges in Joburg had a very difficult task. The KZN regional programme will take place during early May and the finalists will take part in projects and activities in the lush province.

The 2012 awards dinner will take place in Johannesburg later this year and as part of the celebrations will see much of the organisation’s extensive work over the past decade highlighted through different mediums. Miss Earth South Africa’s successful stationery drive has also almost reached its 10 000 goal of stationery packs distributed. An exciting few months lies ahead for the lucky few that make it through to the final rounds of this year’s leadership programme.