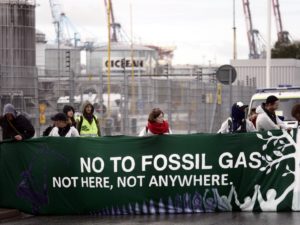 This development is the latest in a series of faltering gas projects and follows years of local opposition including a blockade of the harbour and terminal by hundreds of people in September.

Olivia Linander of the local grassroots group Fossilgasfällan (translates into ‘the fossil gas trap’) that led the opposition against the project says:

“When we started campaigning against the terminal in early 2017, the gas lobby’s claims that this massive piece of new fossil fuel infrastructure was a solution of sorts went unchallenged. Through dialogue, email campaigns and large mobilisations we have shifted the conversation entirely and the project has now been rejected for what it is: a climate-wrecking disaster. This is just the beginning of the end of Sweden’s gas expansion. Similar projects can and should expect resistance.” 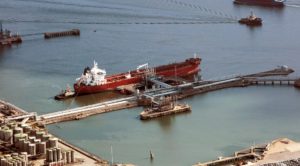 The terminal LNG Göteborg in Gothenburg is the largest of several new terminals planned along the coast of Sweden by the company Swedegas. Campaigners, scientists and increasingly politicians have spoken out against an increase of gas imports into Sweden at a time when the climate crisis requires a rapid fossil fuel phase-out. The Gothenburg terminal is one of 112 gas projects proposed for the European Commission’s so-called Projects of Common Interest.

The EU has been pushing for a massive expansion of gas infrastructure but strong opposition and companies’ failures to meet environmental and safety regulations have delayed and stopped some flagship projects.

Earlier this year, the MidCat pipeline has been stopped. The Trans-Adriatic pipeline has come under public investigation in Italy over alleged fraud and forgery in obtaining its permits. This week, energy company Cuadrilla confirmed that there will not be any more fracking in the UK this year, following safety concerns over earthquakes and sustained opposition by climate groups, frontline communities and local councils. 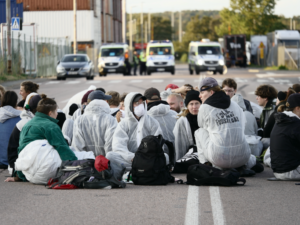 “Gas is on its way out. This year alone, we have seen two main gas project cancelled – the MidCat gas pipeline in Catalonia and the Fossil gas terminal in Gothenburg. The fossil industry is desperately trying to stay relevant, but people are rising and refusing to allow any more fossil projects that destroy our climate and communities around the world.” 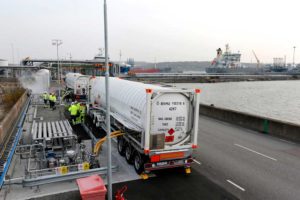 “Politicians and fossil fuel funders better take note of the unprecedented masses of people mobilising for climate justice and stopping fossil fuel projects on the ground. This movement is more ready than ever to directly confront those continuing to pour money into coal, oil and gas projects.”

EU Finance Ministers will meet on 15 October to discuss a proposed new energy lending policy of the European Investment Bank that could see the world’s biggest public lender rule out finance of coal, oil and gas projects by the end of 2020. The European Commission and the governments of Italy and Germany are currently trying to water down the proposal by pushing for continued finance of gas projects.