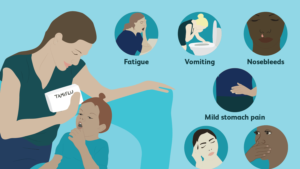 The hype around swine flu seems to have been a false alarm. It is likely that other very powerful forces have been involved, driven more by the desire to sell products than by concern for public safety.

Between a rock and a hospital bed

Now that such a big story has been made of the swine flu, both government agencies and vaccine production companies are in a decision bind. If they make the swine flu vaccine and the condition fizzles out completely they will be left with millions of unused vaccines, while there will still be a demand for the present influenza vaccine.

On the other hand if they don’t make the swine flu vaccine and it raises its head again and becomes virulent they will be seen as incompetent and concerned only about profit and not health.

An interesting dilemma indeed! I suspect that they are going to let the story die down and take their chances that the swine flu will not appear again … and there is always Tamiflu, an antiviral drug.

A shortening of symptoms

What is Tamiflu? Clinical trials conducted by the manufacturer showed that Tamiflu shortened the time in which influenza patients had symptoms by 1.3 days compared with those who received a placebo. Of course no one knows if this would also apply to swine flu.

Nevertheless, don’t be complacent. Influenza does and has always killed people, especially the very young and elderly. So pay attention to lifestyle management and read about natural preventive measures during a flu epidemic.