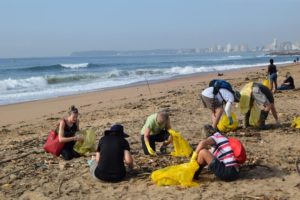 The local plastics industry will once again demonstrate its commitment to cleaning up the environment and removing plastics litter from our rivers, streams, oceans and neighbourhoods when the annual Clean-up and Recycle SA Week takes place from 16 – 21 September 2019.

According to Douw Steyn, Sustainability Director of Plastics|SA, this is the 23rd year that they will be involved in this initiative.

“Clean-up and Recycle SA Week began as a project of the plastics industry and Ezemvelo/KwaZulu-Natal Wildlife, in 1996. Since then, it has grown to include the participation of all the packaging streams (i.e. paper, glass, metal and tetra packaging) as well as the support of major plastic raw material suppliers, converters, brand owners and retailers, PRO’s (Product Responsibility Organisations), recycling bodies, conservationists and government. 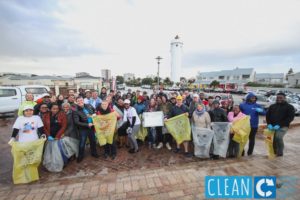 During this week, we all unite our actions around the common goal of removing as much litter as we possibly can from our environment. We also aim to teach South Africans how to dispose of their waste in a responsible way by highlighting the importance of recycling materials that can be used to create new products, generate employment and reduce our impact on the environment,” he says.

Communities, businesses, schools, environmental groups and government departments are encouraged to host their own clean-ups in the areas where they work, live or play. Where possible, Plastics|SA will support these activities by donating branded garbage disposal bags as well as offering advice on how to organise a clean-up, where and how to recycle.

“This week will culminate in Recycling Day (20 September) and South Africa’s participation in the International Coastal Clean-Up and the Let’s Do It! World Clean-Up (21 September). Last year, this clean-up event attracted 17 million volunteers from 158 countries, who participated in clean-ups that took place around the globe on the same day. Despite six tropical cyclones, ongoing wars, conflicts and unrest, this was the largest organised clean-up that has ever taken place in a timespan of 36 hours. South Africa was proud to be part of this global event and we look forward to once again doing our bit to create immediate, and hopefully, lasting change this year,” Steyn says. 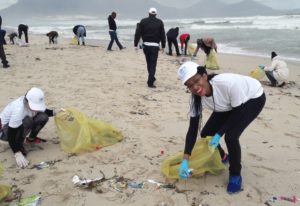 “Being concerned about plastics that end up in the environment and trying to do something about it, is nothing new to the plastics industry. In fact, we have been working consistently to bring about change for more than 20 years by educating society and working with the designers, producers, consumers and recyclers of plastic goods and packaging. We have also been lobbying provincial, national and local government about the need for improved waste management.

Whilst it is great to see the growing public support and awareness of the dangers of plastic pollution, we realise that the challenge is far from over. To truly reach our objectives of sending zero waste to landfill, dramatically reducing our environmental footprint and creating a circular economy, we need everybody’s participation. The issue of waste in the environment is a global problem, and the solution will therefore require a consistent, global effort,” Steyn concludes.