You are here: Home / Archives for Agent Orange 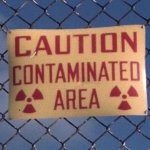 The West Virginia State Supreme Court finalized a big blow to the biotech giant Monsanto in August, finishing a settlement causing Monsanto to pay $93 million to the tiny town of Nitro, West Virginia for poisoning citizens with Agent Orange chemicals. After years of litigation those living near the former Monsanto factory, which produced toxic, cancer-causing chemicals, are … END_OF_DOCUMENT_TOKEN_TO_BE_REPLACED 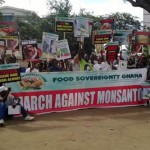 Ghana was represented in the second planned march against agricultural giant Monsanto which took place around the world last weekend. The protesters rallied against the company's use of genetically modified organisms and tried to raise awareness about its corporate practices. The fact that there was any march at all in Accra, is a testimony to the fact that there is a … END_OF_DOCUMENT_TOKEN_TO_BE_REPLACED