You are here: Home / Archives for asteroid 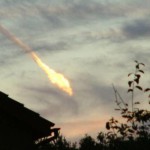 Hours after a meteor exploded over Russia and injured more than 1,000 people and an asteroid passed relatively close to Earth, residents in California reported seeing an unusual flash of light over the San Francisco Bay area that left many startled and thrilled. Cuba likewise apparently experienced a phenomenon similar to but smaller than the meteorite that detonated over … END_OF_DOCUMENT_TOKEN_TO_BE_REPLACED 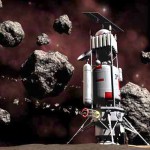 As our planet runs out of minerals and resources to support our even expanding need for development, is asteroid-mining a possible and viable option in the foreseeable future? Asteroid mining may sound like a science fiction term and it has had some pretty awful notions associated with it. Our imagination and history of the past often makes us picture certain greedy and … END_OF_DOCUMENT_TOKEN_TO_BE_REPLACED