You are here: Home / Archives for beagles 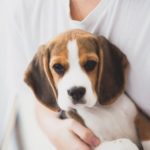 The Japanese government has announced that it will no longer conduct year-long poisoning tests for pesticides on dogs. The one-year program was developed in order to test the toxicity of agrochemicals. According to Humane Society International (HSI), the tests subjugate groups of beagles to daily doses of pesticides in order to gauge the toxicity to humans. Dogs involved are … END_OF_DOCUMENT_TOKEN_TO_BE_REPLACED