You are here: Home / Archives for corruption 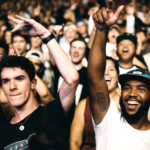 The immense socio-economic impact under one of the world’s most extreme lockdowns during the Covid-19 pandemic has resulted in South Africans uniting for their voices to be heard under a grassroots movement called Move One Million. The movement, launched in July 2020, has garnered interest from half a million South Africans to date and organisers are using a combination of … END_OF_DOCUMENT_TOKEN_TO_BE_REPLACED 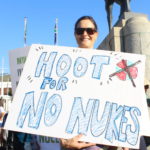 The Southern African Faith Communities’ Environment Institute (SAFCEI) today, expressed optimism at President Ramaphosa’s forward-looking State of the Nation Address (SONA) last night. However, the multi-faith NGO says it is concerned that too much emphasis is placed on economic and technological developments, while social and environmental wellbeing seemed less … END_OF_DOCUMENT_TOKEN_TO_BE_REPLACED The Green Party of South Africa's manifesto is inspired by the fundamental right of justice to all, as manifested in the values that are shared by Green Movements around the Globe. In particular, the Ten Key Values of the Green Committees of Correspondence, as applied to the unique South African political, social and economic environment. 1. A System that Works It is a … END_OF_DOCUMENT_TOKEN_TO_BE_REPLACED 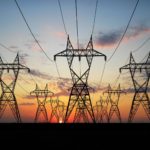 As Nersa prepares for public hearings on Eskom’s 45% Multi-Year tariff increase request (on top of an already approved 12% increase), Energy Expert Ted Blom has called on Eskom to scrap its application as the still captured and corrupt utility should not be granted any increases until a full forensic audit has been completed. “As we now enter 2019, Eskom is rudderless,” says … END_OF_DOCUMENT_TOKEN_TO_BE_REPLACED 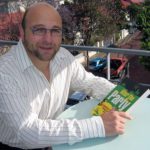 Former ANC MP Andrew Feinstein (pictured, right), who resigned from parliament in protest over the bribes compatriots took from South Africa’s infamous R70bn Arms Procurement Deal, says that plundering will “seem like small change” against what’s planned from the proposed Nuclear Build programme. In our interview two months ago, Feinstein urged his countrymen to “take to the … END_OF_DOCUMENT_TOKEN_TO_BE_REPLACED 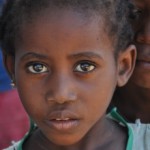 Kaia* was eleven years old when she was assaulted and raped on the way to school. A teacher took her to the hospital, but the police demanded bribes for even taking down a statement. So Kaia did something incredibly brave. She sued the police for failing to protect her. What's even more incredible is what happened next. In Kenya where Kaia lives, a woman or girl is raped … END_OF_DOCUMENT_TOKEN_TO_BE_REPLACED 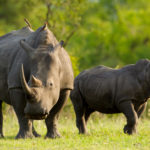 With rhinos on the brink of extinction, it is no surprise that amazing conservation efforts are attempted in Africa to save them. Enough so to be noticed by an international panel of judges. Raoul du Toit, International Rhino Foundation's African Rhino Programme Coordinator, has received the prestigious Goldman Environmental Prize (Africa). The award recognises individuals from … END_OF_DOCUMENT_TOKEN_TO_BE_REPLACED 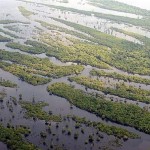 Al Jazeera correspondent Gabriel Elizondo paints a shocking portrait of life in the Brazilian Amazon, where at least 212 environmental activists have been murdered since 1996, an average of 12 a year. He pieces together the last six months of the life of activist Ze Claudio Ribiero and his wife Maria. During a prophetic TED talk  in November 2010, Ze Claudio correctly … END_OF_DOCUMENT_TOKEN_TO_BE_REPLACED