You are here: Home / Archives for credit 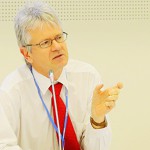 The UN climate process is a complex beast, but at its heart lies a debate over the balance of responsibilities between rich and poor. It’s a pointed subject right now as the global climate change architecture is being reconfigured, with December’s Paris summit the endgame venue. In previous deals, the 42 countries deemed industrialised in 1992, plus post-Soviet states, … END_OF_DOCUMENT_TOKEN_TO_BE_REPLACED